For years, one of the tenets of Russian foreign policy has been -- in the words of Vladimir Putin -- that "security in the world can only be guaranteed together with Russia" and that "an international problem cannot be resolved without Russian support," to quote Foreign Minister Sergei Lavrov.

When President Vladimir Putin, 59, makes brief visits to Paris and Berlin on Friday, the validity of that position will be tested in the context of the ongoing violence in Syria. Newly elected French President François Hollande has already announced he will try to "convince the Russians" not to block a potential military intervention against the regime in Damascus with its veto on the United Nations Security Council.

Putin, who was inaugurated as Russia's president for a third term on May 7, had originally planned on mainly discussing economic issues with his German counterparts. But, following the massacre of 108 people over the weekend in the Syrian town of Houla, Putin and German Chancellor Angela Merkel will also be conferring on the crisis in Syria. Steffen Seibert, Merkel's government spokesman, has said that German officials plan to use the meeting to push for more international pressure on Syria -- despite all of the Kremlin's assurances that Russia will maintain its current stance. On Wednesday, Putin spokesman Dmitry Peskov told Reuters that exerting "any pressure is hardly appropriate" and that it "would make sense to expect a continuation of the Russian Federation's consistent and well-argued line" during Putin's visits to Paris and Berlin.

For more than six months, the West has been trying in vain to put a halt to Syrian President Bashar Assad's brutal actions against armed regime opponents and the civilian population. But Russia has been holding its protective hand over Damascus in the Security Council for months. Since the Kremlin values Syria as a client of its arms industry and a partner of Russian enterprises, such as the oil and gas company Tatneft, Moscow has been blocking one draft resolution against Syria after the other.

Under these circumstances, Russia has gotten no closer to resolving this conflict than the West has. When Putin and Merkel meet on Friday, they will be representing two opposing camps that have both backed themselves into corners. Europe and the United States have hardly any successes to show for months of efforts. In addition to Russia, China has also been standing in the way of any resolutions. What's more, the West is less willing than it has ever been to take military action, especially without the backing of a UN mandate.

It's true that French President Hollande is threatening Assad with an attack in the belligerent style of his predecessor, Nicolas Sarkozy. But even his own foreign minister, Laurent Fabius, has warned that Syria's military is too strong. Likewise, since US President Barack Obama is busy with domestic issues and facing a difficult campaign battle, it's unlikely that he will allow himself to get involved in a risky military venture in the Middle East. On Tuesday, Obama spokesman Jay Carney told reporters: "We do not believe that … further militarization of the situation in Syria at this point is the right course of action. We believe that it would lead to greater chaos, greater carnage."

Moscow opposes any attacks. Dmitri Trenin, head of the Moscow Carnegie Center, told SPIEGEL ONLINE that, for Russia, Syria "is not only about that country, but about the global security order." The Kremlin wants to prevent an intervention like the ones in Kosovo or Libya, he adds, because it would violate the principle of national sovereignty, which China and Russia insist upon. What's more, China and Russia must also keep in mind that both their countries contain areas whose populations are striving to gain their independence. For Russia, that includes parts of the North Caucasus; for China, Tibet.

"An intervention is a step toward a different world order that Russia doesn't accept," says Alexander Rahr, a Russia specialist at the German Council on Foreign Relations (DGAP). On Tuesday, Russian Foreign Minister Lavrov, who has been voicing Moscow's "nyet" for months, said that the bloodbath in Houla cannot be allowed to justify military intervention. Still, Russian officials can no longer wholeheartedly back Assad. According to the respected Russia daily Kommersant, Damascus recently offered the Kremlin some lucrative business deals -- but Moscow turned them down. "After the massacre in Houla," Rahr says, "Russia's scope for action has gotten very narrow. It's difficult for the Kremlin to continue to stand by Assad now."

Accordingly, Putin will also be under pressure when he travels to Paris and Berlin. Now that he has reassumed the mantle of Russia's president, he most likely has little interest in isolating himself internationally as a protector of the Syrian despot. At the same time, however, Russia harbors deep mistrust toward the Syrian opposition, which could be an obstacle to its agreeing to the kind of "Yemeni solution" being championed by German Foreign Minister Guido Westerwelle. After mass demonstrations and battles with regime opponents, Ali Abdullah Saleh announced he would step down from office after 30 years as Yemen's president. In late February, his former vice president became the country's acting president as part of an interim solution.

However, officials in Moscow doubt that the opponents of Syria's regime would be willing to accept a similar solution. "Thanks to the West, the opposition has enough money for a war," says Yevgeny Satanovsky, head of the Moscow-based Middle East Institute. "It wants to kill Assad and his whole team."

Nevertheless, the DGAP's Alexander Rahr is still hoping that Putin's visits lead to some convergence of opinions on the Syria issue. If Russia were to fall out with Germany and France, it will be "left at the mercy of Asia," Rahr says. Putin, however, needs his partners in the West. The Kremlin's new boss, Rahr argues, cannot afford to have a confrontation with Berlin and Paris shortly after entering office.

In mid-May, Putin didn't travel to Camp David to attend the G-8 summit of the world's most important industrialized countries. A few days later, he was conspicuously absent from the NATO summit in Chicago. If Putin now ruffles feathers in Paris and Berlin, Rahr says, "it would be a disastrous beginning to his presidency." 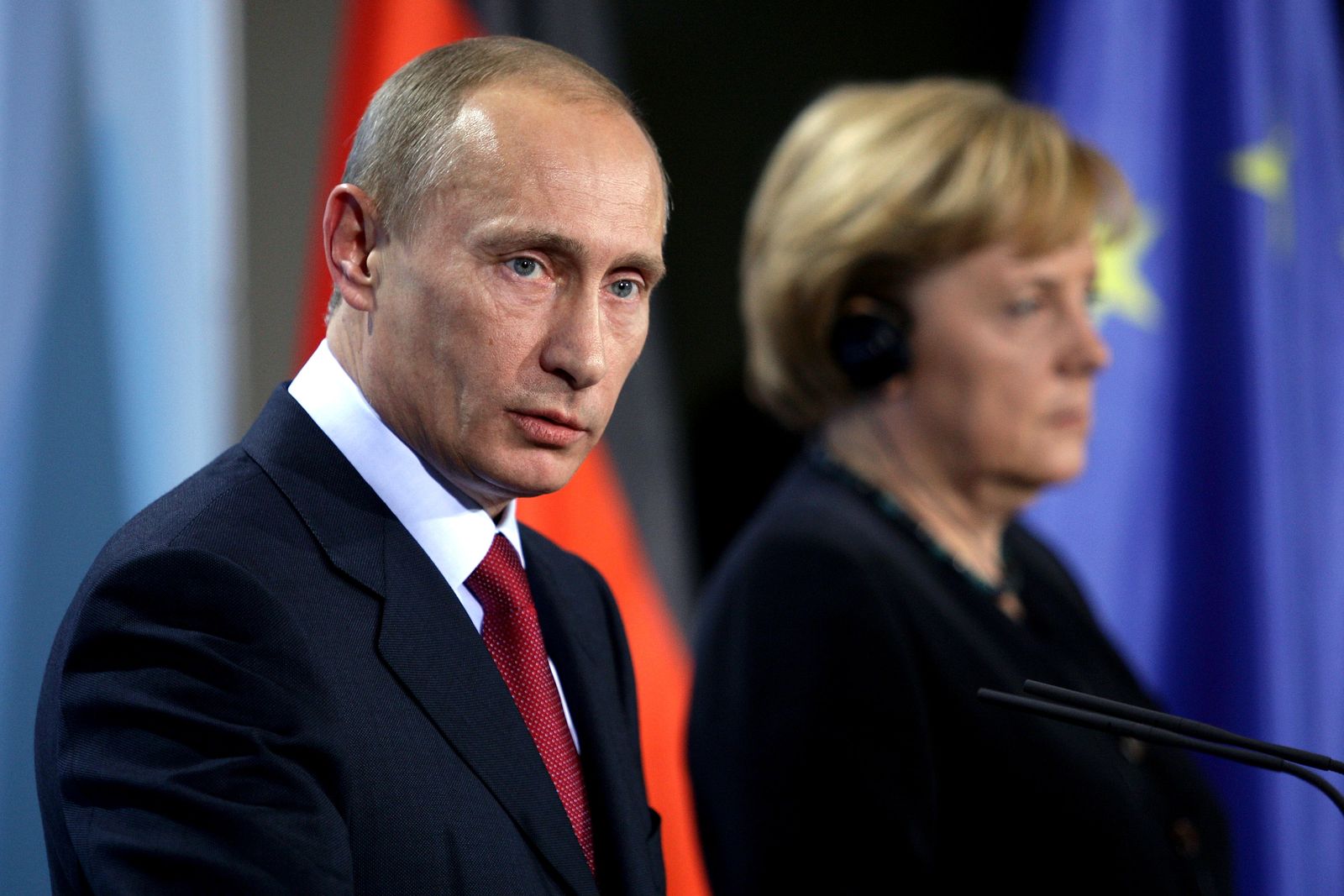 Vladimir Putin and Angela Merkel have much to discuss when he visits Berlin on Friday.