The path to our interview with the Danish queen takes us across a cobblestone courtyard and past a black Bentley with an open trunk, parked in the palace garage. Then we climb a winding oak staircase to the second floor of Amalienborg Palace, where the walls are adorned with French tapestries and oil portraits of the queen's ancestors. When Margrethe II, 76, greets us in her private library, there is a silver ashtray on the glass table in front of her. The queen, who is a professed chain smoker, has ruled her country for 44 years, and she is known as a down-to-earth and unpretentious person. On this day, she is wearing a simple white cotton dress with gold buttons, and earrings shaped like daisies. Margrethe II rarely gives interviews, and the queen makes a point of not discussing politics.

SPIEGEL: Your Majesty, you will travel to Germany in early October for the reopening of the palace chapel in Wittenberg, and you plan to bring along an altar hanging for the church. You embroidered the antependium yourself. Is this one of the duties of a queen?

Margrethe II: Certainly, but I was happy to do it. I love embroidery. I was asked almost two years ago whether I could imagine doing this. I traveled to Wittenberg, spoke to people there and then agreed to do it. It was an interesting challenge. I drew a design with the white Luther rose in the middle. It was a task that I found very touching, because Luther's Reformation was very important for Denmark.

SPIEGEL: How long did it take to embroider the antependium?

Margrethe II: I started in July of last year and was finished in the first week of this year. Of course, I had a few other things to do during that time. I worked on it mostly in the afternoons and evenings. It was big, but embroidering is also a very relaxing activity. It cleans your mind. Now I'm very excited to see if people like it.

SPIEGEL: What role does Martin Luther play for you?

Margrethe II: Luther and the Reformation were of fundamental importance to Denmark. We Danes are still Lutherans today. We spoke about him a lot in school, and we feel very close to him.

SPIEGEL: Would Denmark be a different country today without the Reformation?

Margrethe II: It's difficult to say, but many young Danish theologians went to Wittenberg starting in 1517, listened to Luther's theses and, in 1536, brought the Reformation to our country. This is why the Danes, unlike the people of many countries in Eastern and Central Europe, became Lutherans and not Calvinists. Luther exerted a strong influence on Denmark. Suddenly Danish theologians were preaching in Danish and translating the Bible into Danish. The Reformation was immensely important for all of Danish culture. 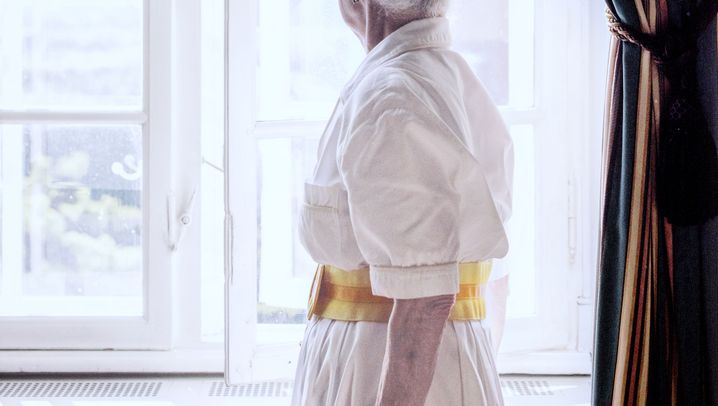 Photo Gallery: A Queen with an Opinon

SPIEGEL: The churches in Germany and Denmark developed very differently after that. Unlike Germany, you did not complete a strict separation of church and state.

Margrethe II: The big difference between the two countries was that there were many principalities on German soil at the time, in which religion was established by the respective rulers. This resulted in a patchwork of denominations. In Denmark, the king's faith became the religion of the country, and we are still happy with that today.

SPIEGEL: The King of Norway recently gave a speech that describes a modern country. He said: "Norwegians are girls who love girls, boys who love boys, and girls and boys who love each other. Norwegians believe in God, in Allah, in the universe or in nothing at all." Do you see Denmark taking a similar path?

Margrethe II: I would not say we are a multicultural country, but more people live here now who have different roots, backgrounds and religions, more than 30 years ago. This also applies to religions. Under the constitution, as the Danish queen I am bound to the Lutheran faith, but that does not exclude people of other faiths. On the contrary, I believe that the fact that I am religious brings me closer to anyone with a different faith. Besides, I represent all people who are citizens of the Danish nation.

SPIEGEL: You have been queen for more than 44 years, years in which the world, and Europe, have changed significantly. What can the monarchy do to counteract growing skepticism over Europe?

Margrethe II: I believe that all the euphoria about Europe has led many of us to forget that Europe is a conglomerate of different entities and countries. But if you don't love your own entity, if you don't know your roots and can no longer relate to them, you will also have problems with the rest of Europe. A tree without roots will fall over, whereas a tree with roots eventually becomes part of a forest. I believe that many people have forgotten what their roots are. This is one of the advantages of countries with a monarchy. The monarch offers identity across generations, and is a part of these roots and this native country.

SPIEGEL: The queen as a stabilizing factor?

Margrethe II: We, the monarchs, are undoubtedly constants in a constantly changing world. Because we have always been there, but also because we do not get involved in everyday politics. We are aware of the political changes in our societies, but we don't comment on them. This is where we assume a unique position. None of my counterparts in Europe interferes in politics.

SPIEGEL: What do you do when you do want to take a political position?

Margrethe II: We have a wonderful tradition for that: the queen's New Year's address. I prepare this address together with the office of the prime minister. It is not a harmless event, nor is it an announcement of trifling matters. It is about values, as well as positions. There are indeed ways for a queen to say what she thinks.

SPIEGEL: Women in leadership positions still have a difficult time of it in the world out there. In monarchies, people became accustomed to women early on. Britain's Queen Elizabeth has reigned since 1952, and you have been the queen of Denmark since 1972.

Margrethe II: That is true, but we didn't have to fight for that. It was a matter of biology. My father had no sons, so I became queen. The only thing I had to do was perform the role. I am not a career woman, and I would never have become one in normal life, because I am not ambitious enough for that.

SPIEGEL: Is it easier for a woman to be a monarch than a man?

Margrethe II: I believe that it is indeed easier for a woman who follows a male monarch, as it was in my case. There was no role model I had to measure up to. It was clear from the beginning that many things would be different, and that helped. And I hope that the same thing will help my son, Crown Prince Frederik, when he becomes king one day.

SPIEGEL: Are there plans for when you will relinquish the throne to him?

Margrethe II: He will become king when I am no longer here.

SPIEGEL: You live in this palace with ballrooms with eight-meter (26 feet) high ceilings and liveried servants, and there is a Bentley parked in the courtyard below. A number of country estates are also available to you and your family. Is all of this in keeping with the times?

Margrethe II: Despite everything, I believe it is the right thing. It is part of our tradition, and I also see it as a duty to maintain these houses, fill them with life and preserve the historic legacy they represent. We try not to be too extravagant and not to incur excessively high costs, but operating these old houses does come with a price.

SPIEGEL: You haven't smoked a cigarette this whole time. Are you thinking of quitting smoking?

Margrethe II: If there is anything I do not have in mind, then that would be it. 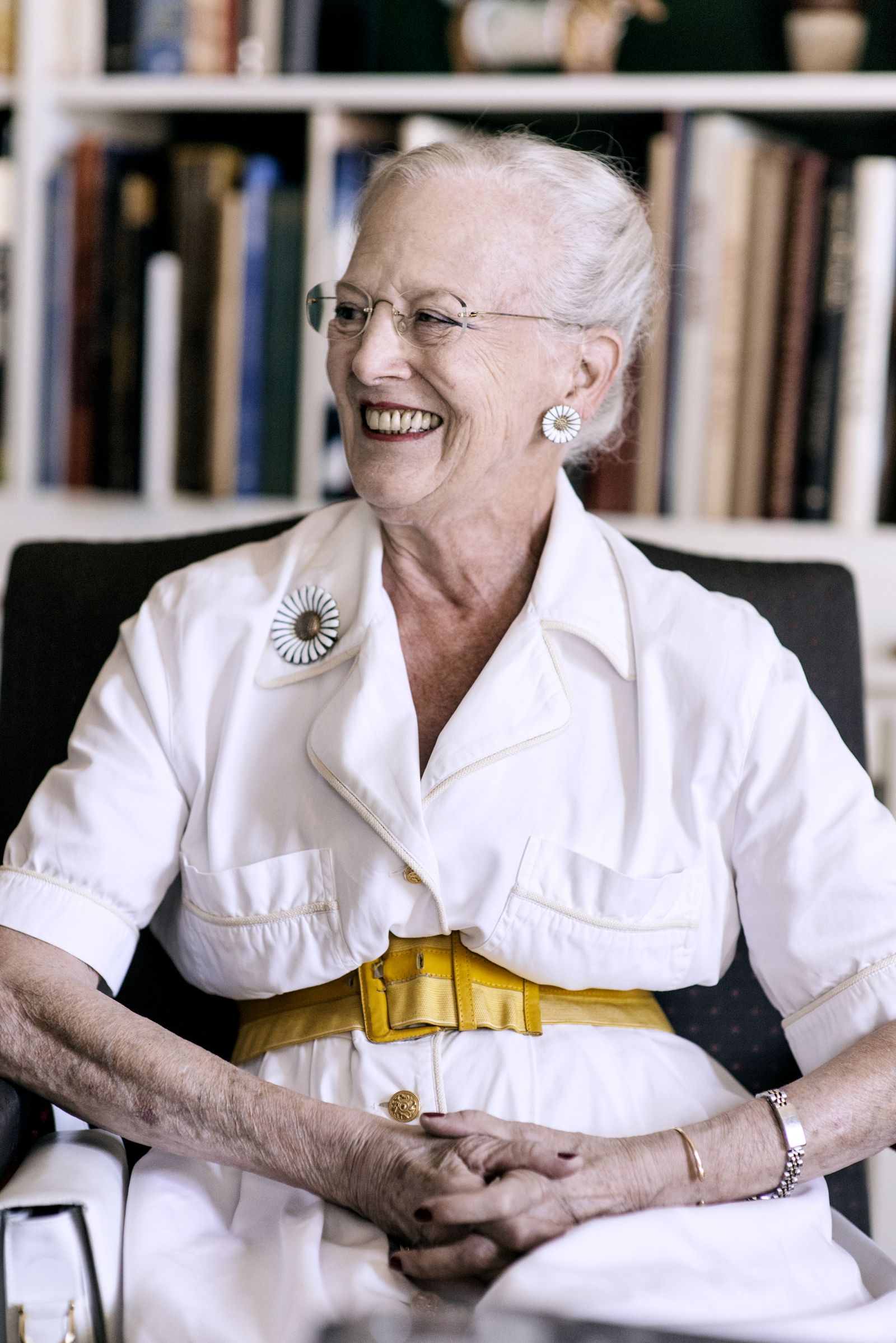 Queen Margrethe II of Denmark: "There are indeed ways for a queen to say what she thinks."

A monarch in good spirits: Margarethe II is 76 years old and has already served as queen for 44 years. When asked when she would be succeeded by Crown Prince Frederik, she answered, "When I am no longer here." 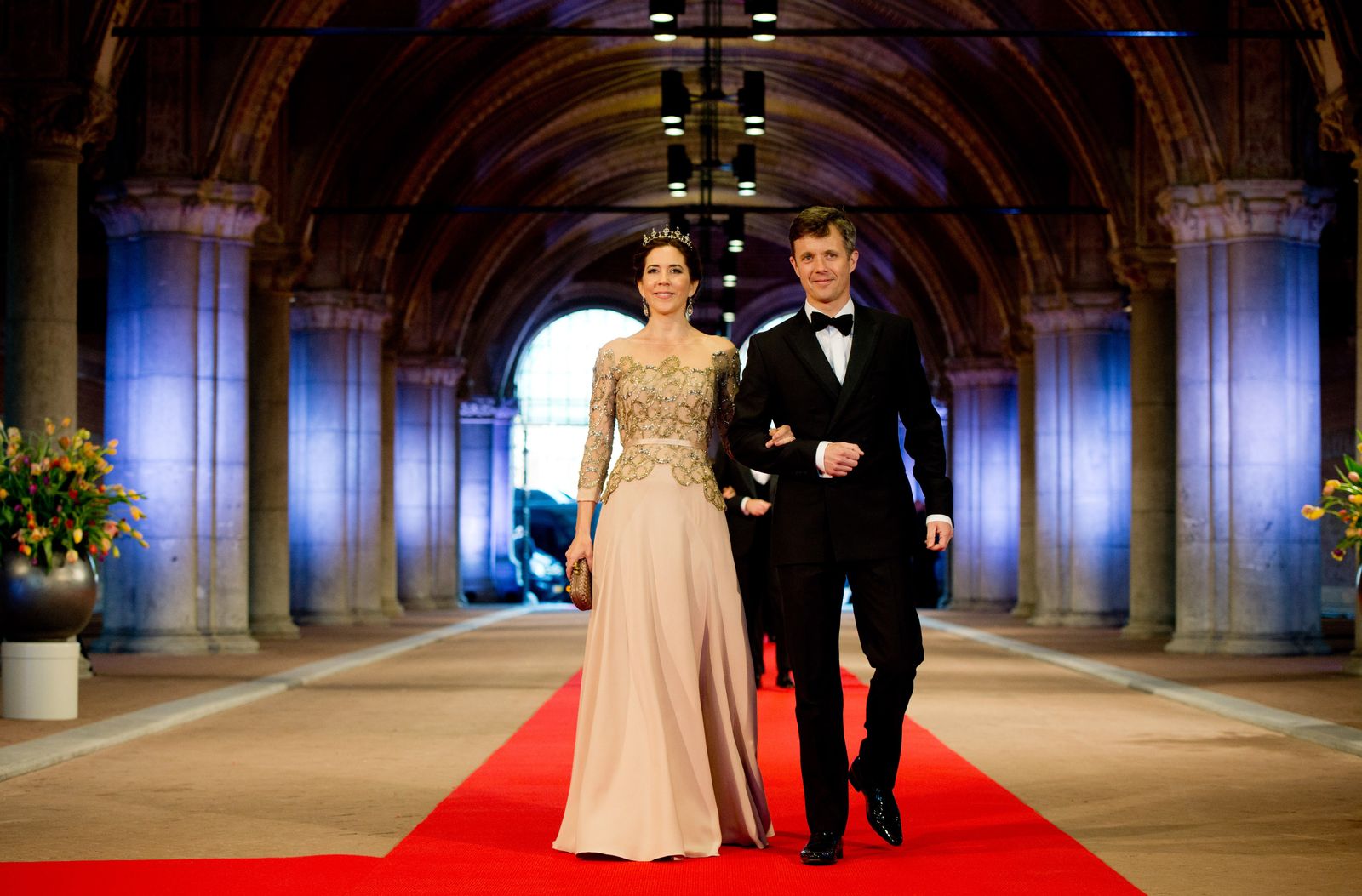 Danish crown prince couple Mary and Frederik: "He will become king when I am no longer here."