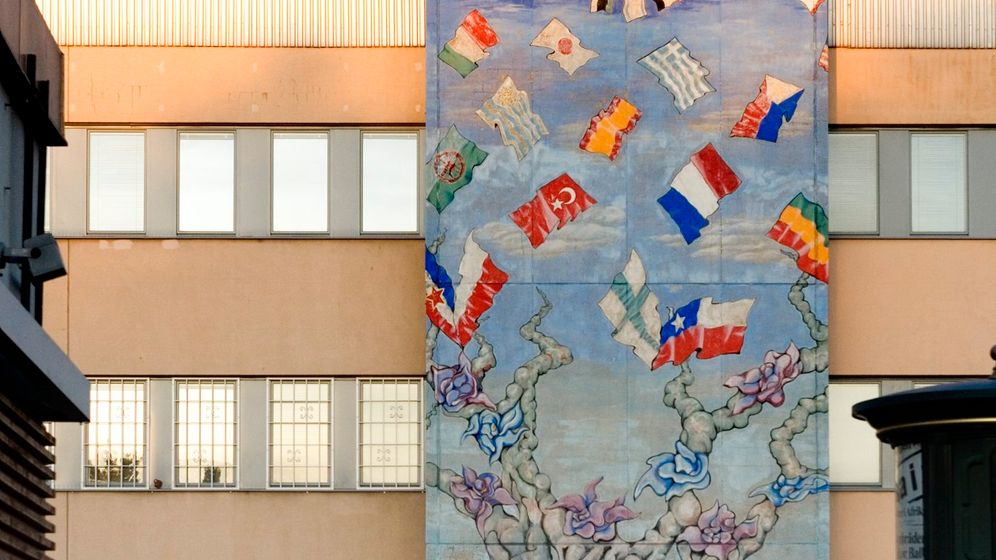 Photo Gallery: A Wave of Anti-Foreigner Violence in Sweden

Sweden's political landscape has not been the same since the far-right populist Sweden Democrats took their first seats ever in the national parliament at the beginning of October.

Swedish Prime Minister Fredrik Reinfeldt's center-right coalition lacks an overall majority in parliament, the Swedish Social Democrats are looking for a new strategy to gain power and the right people for the job. And now the political landscape has been jolted by the arrival of a new player known as the Svartskalledemokraterna in Swedish, or "Wog Democrats."

The new party, which says it has gathered a thousand members over just a few days, sees itself as a group of immigrants working to protect foreigners' interests. They also seek to protest the sudden rise of the populist Sweden Democrats.

Last month, the far-right party won 20 seats in the 349-member parliament. As part of its racist platform, the Sweden Democrats has dubbed Islam the greatest foreign threat since World War II and wants to severely cut back on immigration.

The right-wing swing within parliament sent a "clear warning signal," said party founder Tarek Alkhatib, a doctor who heads a clinic in Stockholm. "We have to defend ourselves through greater political activity," he said.

Many immigrants did not feel adequately protected by the established parties, he added.

His message was underscored by a series of sinister shootings targeting immigrants in the southwestern city of Malmö. Last Tuesday, a 28-year-old immigrant was severely injured when he was shot in the back while waiting for a bus.

Two days later, two women were shot at through the window of their flat. According to the police an unknown sniper is behind a string of 16 shootings of immigrants. One woman has been killed by the attacker.

Police continue to investigate the crimes. In the meantime, they have issued a warning to residents from ethnic minorities, saying they should take extra care when going out at night.

4 Bilder Photo Gallery: A Wave of Anti-Foreigner Violence in Sweden