For months, pressure had been growing on US President Barack Obama to reveal just what his oft-mentioned, revamped Afghanistan strategy would be. Now that he has announced it -- a US troop increase of 30,000 combined with a timeline for the beginning of withdrawal -- the focus has shifted. Now it is time for America's European allies to make pledges of their own. But on Wednesday, concrete pledges of additional troops were few and far between.

The Obama White House has already ratcheted down expectations for America's NATO allies, saying that it hopes for between 5,000 and 7,000 additional troops from all partners combined. NATO Secretary General Anders Fogh Rasmussen said on Wednesday that he was confident that non-US NATO members would pledge at least an additional 5,000 soldiers.

But reactions from many European leaders were much more reserved. German Chancellor Angela Merkel's spokesman Ulrich Wilhelm welcomed Obama's timeline for withdrawal saying it was "correct and sensible." But on the question of whether Germany would send more troops, he preferred to point to the Afghanistan conference set to take place at the end of January in London. After the conference, Germany will decide "whether and if so what kind of additional efforts we might undertake."

'We Will Take Our Time'

German Foreign Minister Guido Westerwelle also pointed to the January conference. "Obama also took his time to work out the speech and his strategy and we will take our own time to assess what he said and discuss this with our allies," he said.

Indeed, the only countries which immediately offered to up their troop contingent were Britain, Poland and Italy. Prime Minister Gordon Brown said that the UK would send an additional 500 troops with Poland likely to up its contribution to 2,600 from 2,000. Italian Foreign Minister Franco Frattini said his country would send more as well, but avoided a concrete pledge, saying only that Rome would "do a lot."

Speaking before gathered Cadets at West Point on Tuesday, Obama promised, in addition to an immediate surge in troop numbers, that America would begin bringing soldiers home in 2011. He expressed confidence that Afghan forces would be able to begin taking responsibility for security in the country by that time.

'Not a Run for the Exit'

In commenting on Obama's speech, Westerwelle emphasized that "we Germans are ready to do more in the area of police training, because that is the only route to self-sufficient security, to a handover of responsibilities."

France too emphasized the training aspect of NATO's mission in Afghanistan. Despite ruling out sending more troops to Afghanistan just a few days ago, French President Nicolas Sarkozy on Wednesday said that Paris would "look at its contribution to international strategy, giving priority to the training of Afghan security forces."

In response to Obama's clear withdrawal timetable, Rasmussen on Wednesday was at pains to emphasize that the mission was not coming to an abrupt end any time soon. The allegiance's strategy "was not a run for the exit" he said, adding that no one was talking about a date for complete withdrawal. "We will stay as long as it takes to finish our job," he said. 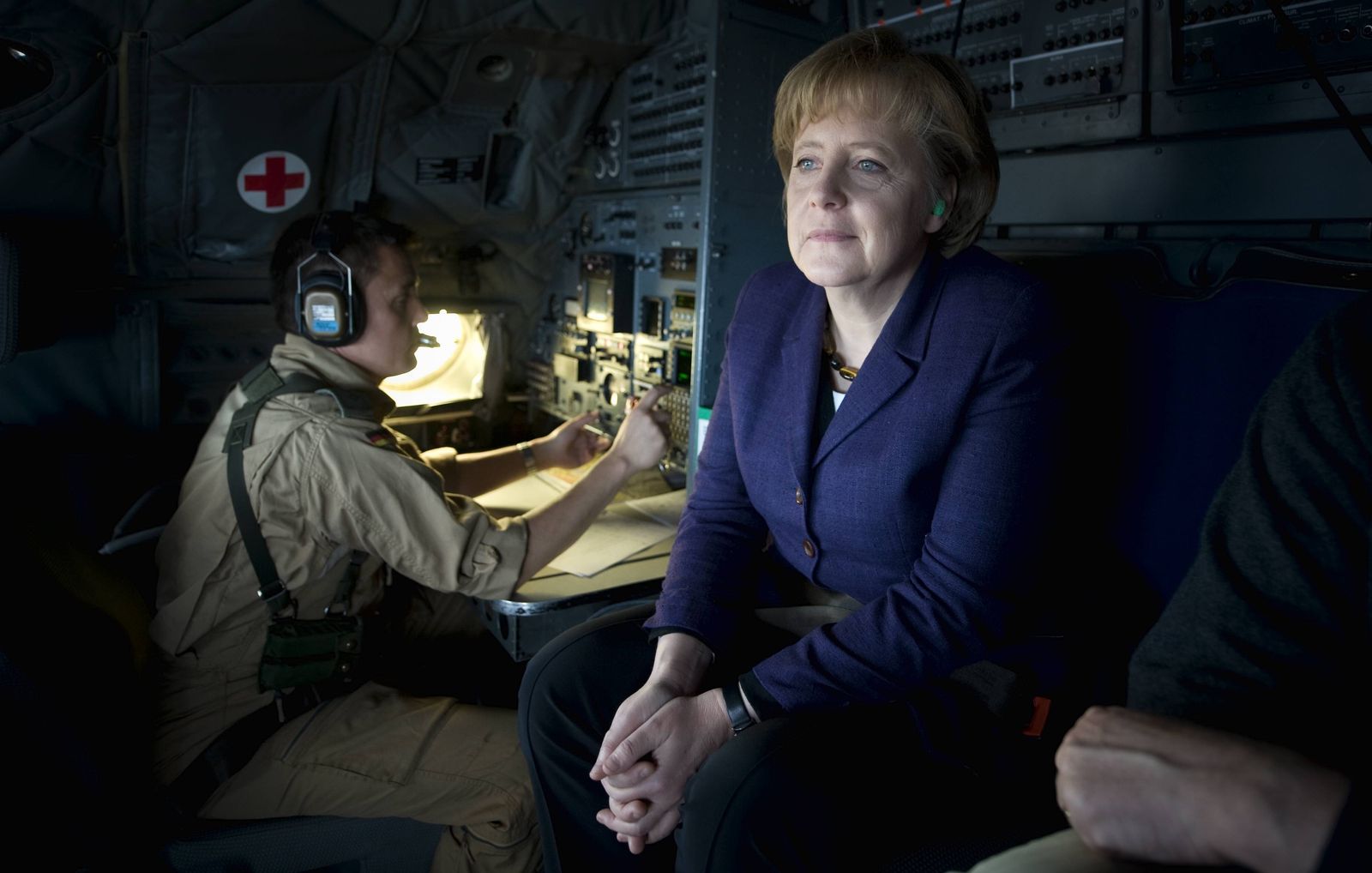 German Chancellor Angela Merkel during a visit to Afghanistan earlier this year.