The morning after the polls closed in the United States presidential election, Niels Annen found himself answering questions in fron of the Foreign Affairs Committee of the German parliament. "In 2016, none of us was prepared for Trump,” said Annen, a senior official at the Foreign Ministry in Berlin. This time, though, the government in Berlin has prepared itself for both possible election outcomes. "What do you plan to do in the event of a constitutional crisis in the U.S.A.?” asked Bijan Djir-Sarai, the foreign policy point person for the business-friendly Free Democratic Party (FDP). Annen, a member of the center-left Social Democrats (SPD) answered that it’s not his job to speculate on possible scenarios.

But this is precisely the scenario causing the most concern in Berlin right now: a prolonged saga of legal disputes and recounts in various states that could result in a weakened election winner assuming the presidency once it is all over. "We already expressed our concerns about the integrity of the election process during the election campaign," Annen told DER SPIEGEL. "We expect that the basic principles of democratic elections will be accepted and observed, especially from our close partners and allies," he said.

After a long election night, a sense of helplessness also prevailed in the German Foreign Ministry, where officials had been overly optimistic that there would be a crystal-clear and quickly counted election victory for Joe Biden. "People believed right up to the end that Trump had been some kind of freak accident in American democracy,” said one top official. It took until early Wednesday evening before German Foreign Minister Heiko Maas finally spoke about the election, albeit cautiously at first.

Reinhard Bütikofer, member of the European Parliament with the Green Party

Various scenarios were sketched out in Berlin and Brussels in the hours after the election. According to one, even if Biden were to win, his presidency would be burdened by the outcome of the election. "Biden could assume the office of president from a position of pronounced domestic political weakness,” Wolfgang Ischinger, the chairman of the influential Munich Security Conference, told DER SPIEGEL the day after the election. Even more so than under Barack Obama, he said, a Republican-controlled Senate could make things even harder for Biden than it did for Obama.

Reinhard Bütikofer, a member of the European Parliament with the Green Party, concurred, saying that Biden’s talk about reconciliation has had little impact, that as president he would have very narrow room for maneuver and he would also be facing a Supreme Court dominated by conservatives. "Trumpism isn’t going anywhere,” said Bütikofer.

"This election result isn’t the hoped-for rejection of Trumpist ethnonationalism by the population,” said Thomas Kleine-Brockhoff of the German Marshall Fund think tank. "On the contrary: Populism is alive and well.”

Even before the election, officials in Brussels also had few expectations that trans-Atlantic relations would return to the way they were before Donald Trump’s presidency. With the outcome of the election, it is now all the more clear that the EU must prepare to represent its interests independently on the world stage in the future.

"We can’t just sit back and hope for a new trans-Atlantic harmony."

In Berlin, David McAllister, the chair of the European Parliament’s Foreign Affairs Committee, said that it may come as a surprise to some, but there aren’t huge differences in the demands being made of Germany and Europe by Trump and Biden - mostly just nuances "in tone and style.” He said Biden knows Europe well, that he has always supported EU integration and that he supports multilateralism. The Democrat, he said, "would talk to the European allies and not over them.”

But even with a President Biden, there would be "no return to the old normality,” said McAllister, a member of Chancellor Angela Merkel’s center-right Christian Democratic Union (CDU). Instead, he said the focus would have be on defining a new state of normal.

And that, it seems very clear, will require a lot from the Europeans. Regardless who ultimately becomes president, Washington will stick to its demand that the European NATO members increase defense spending. It’s also expected that there will be further conflicts over trade issues – over subsidies for aircraft manufacturers Airbus and Boeing or the Nord Stream 2 gas pipeline, for example.

"We can’t just sit back and hope for a new trans-Atlantic harmony,” Ischinger warned. "We have to commit to a proactive U.S. policy now and not wait for the U.S. to make a move.” The Munich Security Conference head also sees this as a "huge responsibility” for Germany, which is currently the six-month rotating president of the Council of the European Union. The issues, he said, are obvious: trade, China, NATO and Russia. "Europe needs to approach the U.S. and make an offer,” he said. 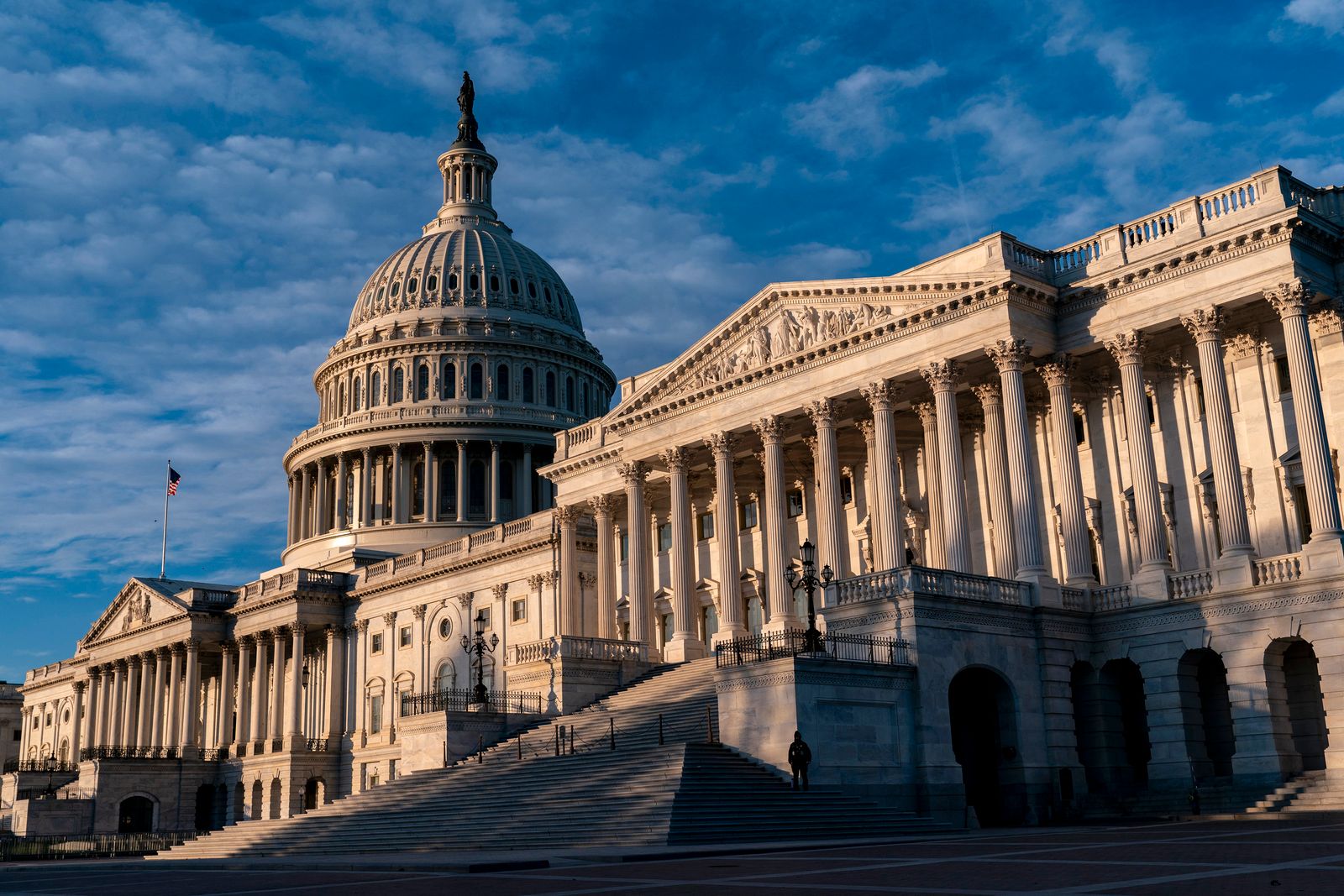 The Capitol Building in Washington