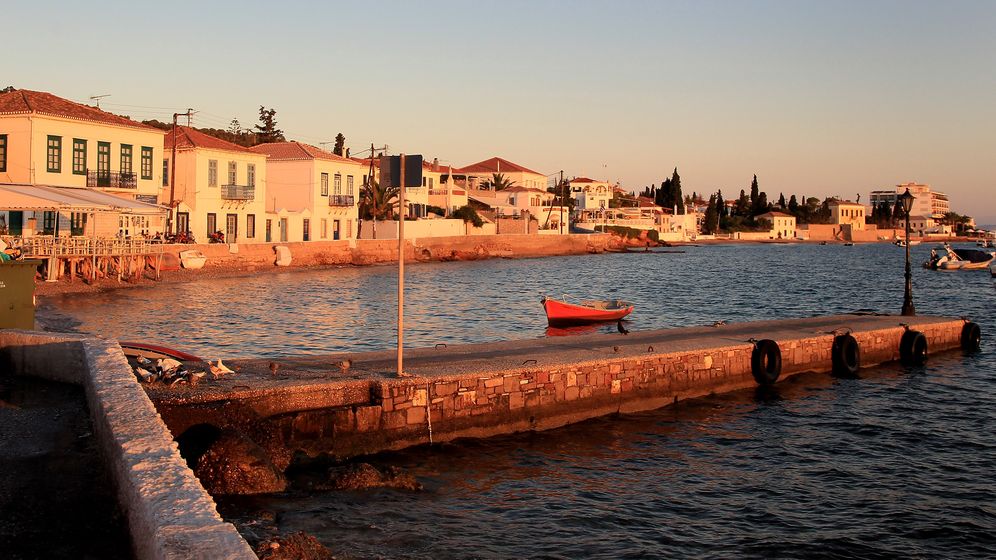 Perhaps it is just a meaningless detail resulting from the inauguration of a new government in Berlin. Hans-Joachim Fuchtel, the Berlin official in charge of aid to Greece, has been moved to a new office in the Development Ministry -- just down the hall from offices dedicated to Pakistan and Afghanistan.

A mere coincidence? Is Greece -- a full member of the European Union and of the euro zone -- a developing country?

Certainly not, but as of Jan. 1, the location of Fuchtel's new quarters seems even more unfortunate. At the beginning of the year, Greece took over the rotating European Council presidency, meaning that it has taken the helm of the 28-member EU for the next six months. Europe is now being led by a country that in the spring of 2010 plunged the European currency union into the deepest crisis in its history, a country that has been saved from collapse by two gigantic aid packages and a debt haircut for private creditors. Many in Brussels believe that Athens will need an additional €1.5 to 2 billion ($2 to 2.7 billion) this year and perhaps as much as €10 billion in 2015.

Greek Prime Minister Antonis Samaras has pledged that Greece's leadership will mark a presidency of "hope" -- a word he applies to his own country, which, he says, brings a "positive balance" into the six-month position of prestige. But it has often been the case that good news from Greece is coupled with the next set of demands -- such as the current request for a renewed debt reduction. Such a move would hit European taxpayers hard, particularly those in Germany.

Greece has undeniably made progress when it comes to reducing its budget deficit, improving its economy and ramping up exports, much of which came as a result of severe cuts to public spending, pensions and salaries. This year, the economy is even expected to grow for the first time since the crisis took hold, by 0.6 percent. The budget deficit is set to shrink to 2 percent this year and 1 percent in 2015. The improved macro-economic indicators are important conditions for the payout of the next tranche of aid from Europe and the International Monetary Fund.

Indeed, Athens has been praised even by one of Europe's senior-most crisis managers. "Greece is surely more than halfway there," says Klaus Regling, 63, head of the European Stability Mechanism (ESM), the EU's crisis backstop. "I am confident that further successes will materialize if they continue down this path."

But beyond such numbers, Greece remains what it has long been: a country without an efficient state apparatus. A closer look at the country's administration, judiciary and political structures raises doubts as to whether Greece will ever regain health. Improvements have been insufficient.

Horst Reichenbach, 68, is well aware of the shortcomings. The economist has been head of the EU taskforce for Greece for the last two years, and he is a realist. When he speaks of Greece in his office in Brussels, he focuses less on the numbers that make Regling so confident. Rather, he looks at the challenges facing investors who seek to create jobs and income in the country -- but who fail to clear the numerous existing hurdles. "Greek policymakers and administrators continue to have serious difficulties instituting reforms," Reichenbach demures. That is an understatement.

One widely traveled Greek businessman recently complained that similar conditions to those in Greece can only be found in Afghanistan. That, no doubt, is an exaggeration. But it is fair to say that within the country's administration, there are too many bureaucrats defending Greece's bureaucracy.

Pasteurized milk is one example. The authors of one extensive OECD study wondered recently why milk is so much more expensive in Greek supermarkets than in other European countries. They came upon Presidential Decree 13 from 1999, which determined that fresh milk can only sit on the shelves for five days in Greece. Elsewhere in Europe, 10 or 11 days are allowed. The short shelf life drives up the price.

The OECD also wondered why many sailors in the Mediterranean avoid Greece despite its hundreds of beautiful islands. The reason: Harbor fees are exorbitant due to the lack of competition. It is forbidden for a second port to open within five miles of an existing harbor, which means that many of the country's smaller islands only have one -- which can then charge huge fees.

Another hindrance to tourism lies in the fact that cruise ships registered in Greece are required by law to repeatedly return to their home harbor. According to the OECD, this means that very few ships sail under the Greek flag.

The economy experts also recommend abolishing a tax as high as 20 percent on advertising spending, saying that such liberalization measures could bring some €1.8 billion into the economy. In conclusion, the report notes that if Greece were to simply change 66 problematic regulations in 329 proposals, it could gain the country some €5.2 billion per year.

Many people working to improve the country's economic situation are frustrated. "Often the different ministries get in each other's way," says one foreign expert. "They don't even talk with one another."

Sometimes simple organograms have to be painstakingly researched to figure out organizational structures, and even small changes are often delayed when a minister's signature is required. Thus, the very problems that the EU has been complaining about since the crisis broke out nearly four years ago have remained.

One example is the lack of a nationwide land registry. "There is still the problem of a lack of a basic registry and conflicting land-use plans," says task-force leader Reichenbach. Potential investors are frequently uncertain about just what they're allowed to do with a plot of land. When a Greek entrepreneur recently wanted to set up solar panels on an old industrial wasteland, he was forced to wait a year for various administrative authorities to prove that the land wasn't covered in trees, because forests enjoy constitutional protection in the country.

Dutch consultants at least enabled a contract for a nationwide survey of all land parcels to be put to tender. By 2020, two-thirds of all land with uncertain ownership due to the lack of a registry are to have been surveyed. But there still isn't a land use plan that would give investors legal certainty for their projects.

Kostis Chatzidakis, the minister of development, competitiveness, infrastructure, transport and networks, says he plans to take action as well. "Our goal is to become an internationally competitive society," he says.

But in the European Commission's view, the main problem remains the mentality shared by Greece's entire political class. To be sure, debate in the country has been focusing more intently on reforms and cooperation with foreign aid organizations, says Christos Katsioulis of the Friedrich Ebert Foundation in Athens. After leaving the country in 2005 -- because "we believed Greece had finally arrived in Europe," Katsioulis says -- the center-left German political foundation has once again opened a location in the Greek capital.

EU experts, though, say that a willingness to compromise, create consensus and engage in domestic political dialogue are still lacking. Instead, Samaras's government is being radically attacked by left- and right-wing extremists. This fundamental opposition has vowed to turn the European election in May into a pure protest vote. From the far left (Syriza) to the fascists (Golden Dawn), the purported goal is to send a crop of monsters to Brussels.

According to opinion polls, the coalition government made up of Samaras' New Democracy and his deputy Evangelos Venizelos's Panhellenic Socialist Movement does not have majority support. Samaras is using Europe's fears of destabilization to negotiate better terms. He plans to insist on discussing debt relief before spring is over, he told daily Kathimerini, adding confidently: "I think our partners accept that."

He might be mistaken. "There will not be a debt haircut," says ESM chief Regling, adding that international donors were already very accommodating with the last bailout package Athens received.

Greece's largest creditor is the European bailout fund, with loan terms of 30 years and an interest rate of 1.5 percent, though they have been deferred for the next 10 years. "Economically all this already amounts to a haircut," says Regling. "Maybe there is a little wiggle room with the bilateral loans from the first bailout, but individual euro-zone countries have to decide on that, because they are the creditors here."

And that is something that won't change during the six months of Greece's council presidency. 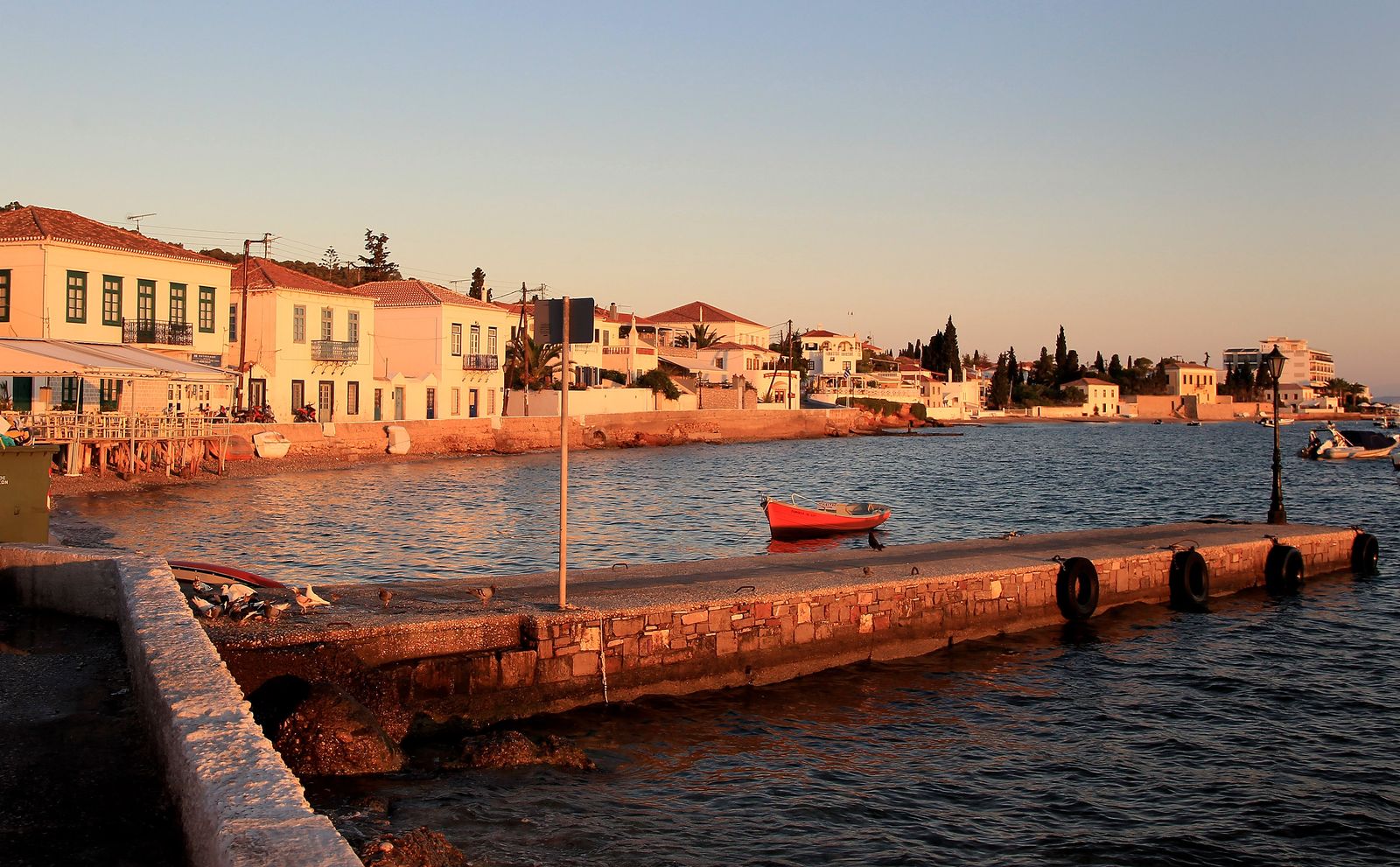 Greece has made significant progress towards pulling itself out of the financial morass in which it found itself in 2008. But there is still plenty to be done. Bureaucratic hurdles and harmful regulations remain. One result is exorbitant harbor fees on many islands, which scares away boat traffic.