The troika mission has returned to Greece, but this time things are different. No front page headlines are warning about new painful demands made by Greece's international creditors, no government officials are pleading for unity in the three-party coalition in support of unpopular measures. And there is no overhanging fear of a long drawn-out process of evaluation, full of innuendos about a catastrophic default or euro-zone exit.

For the moment, Europe is watching developments in Italy. Following the election debacle there, concerns have reawakened that the euro crisis might return. The Greek government, on the other hand, is confident that the inspection started on Monday by the troika -- comprised of officials from the European Central Bank (ECB), the European Union and the International Monetary Fund (IMF) -- will be over by March 10 and will approve the release of the next two tranches of bailout aid -- €2.8 billion in March and a further €6 billion in April. No one seems to fear a repetition of the drama of the previous troika inspection, which lasted a full five months.

On the contrary, the government in Athens is going on the offensive this time, presenting its own list of demands. The Greek government is determined to push lenders to agree on a list of concessions it hopes will help to alleviate the crisis. They include a lower VAT, or sales tax, for restaurants, the allocation of EU funds to combat unemployment and a new law aimed at making life easier for indebted households.

But such complacency seems unfounded given the situation on the ground. The Greek economy remains mired in recession, and is expected to contract by another 4.5 percent of gross domestic product in 2013. The latest statistics show that 27 percent of Greeks are unemployed, and among those under the age of 24, that figure is 62 percent. Many are already fearful of the "Bulgarian syndrome," a reference to the street violence and anti-austerity protests that have shaken the government in Greece's northern neighbor.

Furthermore, it has become increasingly clear that the government in Athens is failing to implement promised reforms:

So how can this new Greek complacency be explained? Prime Minister Antonis Samaras believes that if the government manages to remain on top of things by June, then Greece will be out of the woods. Talking with members of parliament over lunch last week, Samaras said: "If we hold on tight and make it to the summer, in September we will liftoff." A record number of tourists are expected in Greece this year and Samaras is calculating that a good summer season will boost the economy. At the same time, politicians in Athens are impatiently counting the number of days until German federal elections in September. Expectations are running high that a newly formed German government might agree to a second debt haircut that would impose losses on euro-zone governments and make Greece's explosive debt viable.

Still, Samaras is very aware that a lot can happen in six months. He wants to preserve the good faith his government seems to be enjoying in Europe at the moment and deal with the maladministration in his government. Greek government representatives have already stated that the troika is expected to demand immediate dismissals if the bailout provisions for reducing the size of the public sector aren't met. Athens continues to insist that the reduction can be achieved via retirements and the firing of corrupt public officials. 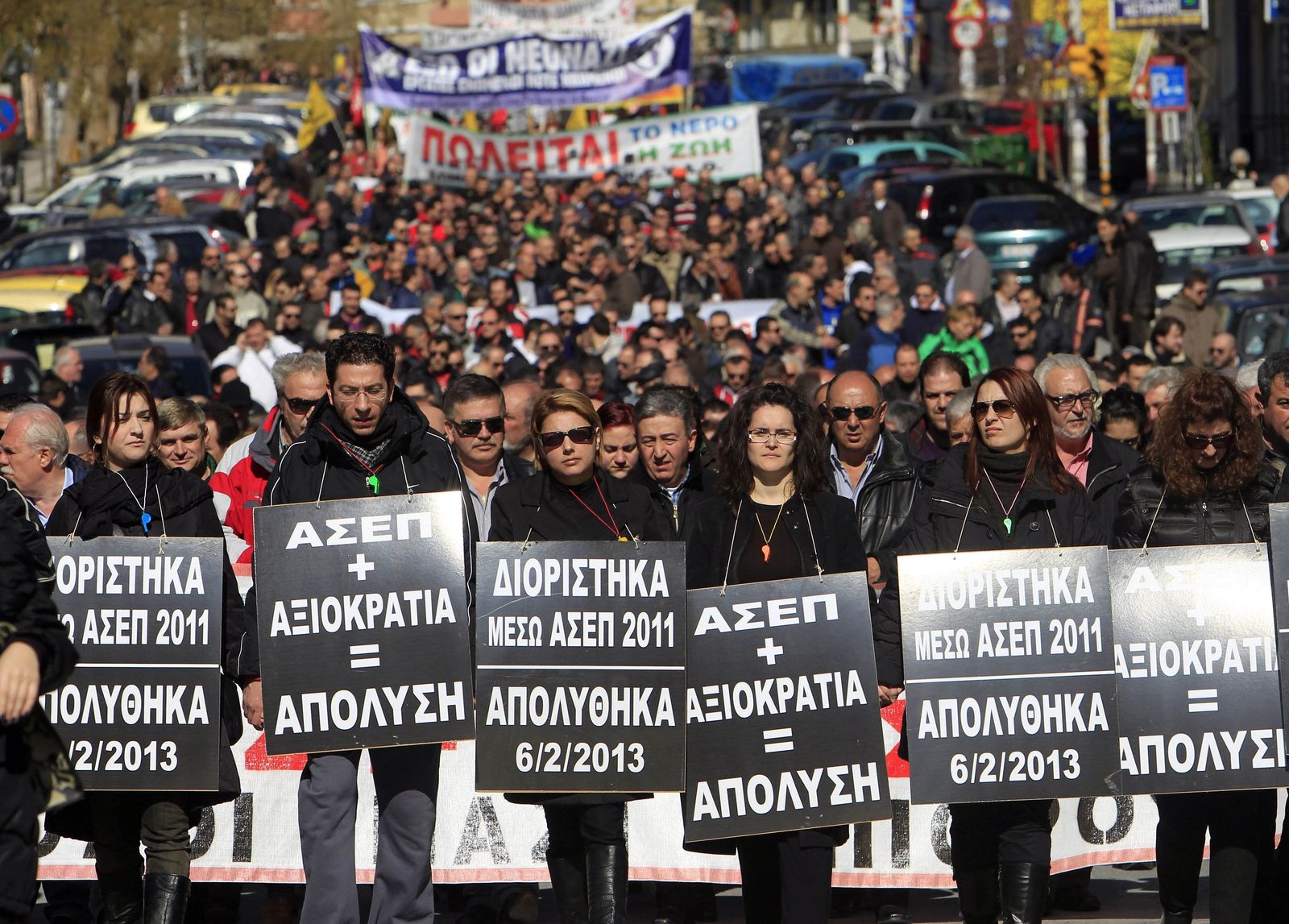 Protesters in Greece: Many are already fearful of the "Bulgarian syndrome".