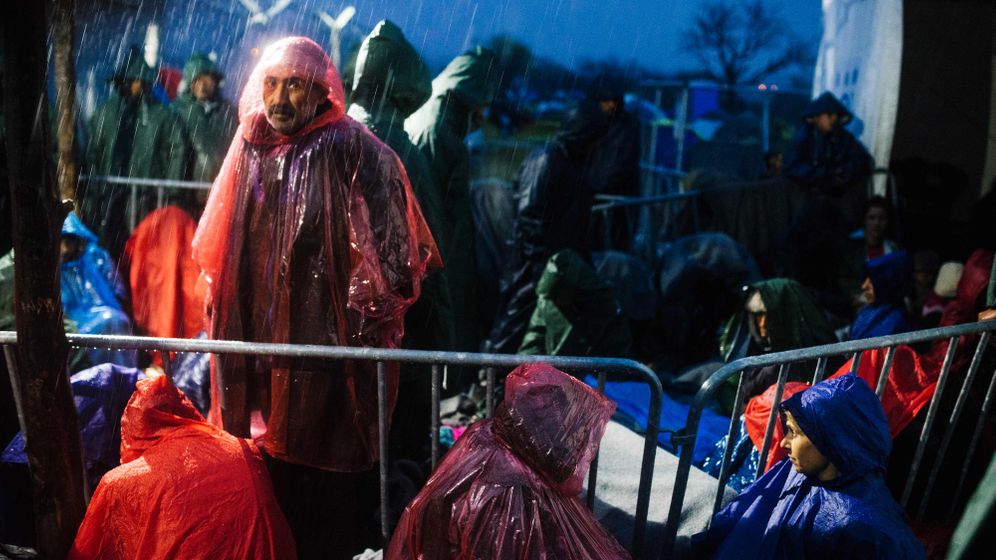 There were times when interactions between the German chancellor and European Council President Donald Tusk were more congenial. When Angela Merkel entered the conference hall at the European Council building in Brussels, Tusk would bow deeply and clasp Merkel's hand. He would then kiss it so intimately that even Merkel, who is used to all manner of obsequiousness, would look in quizzical confusion at the former Polish prime minister's bowed head.

On Wednesday, Merkel got to know a different Tusk. Once again, he sent Merkel a greeting, but this time he opted to use Twitter instead of his lips. He sent out a tweet thanking the countries of the Western Balkans for closing their borders to refugees and "implementing part of EU's comprehensive strategy to deal with migration crisis."

It was not exactly a gallant move from Tusk. For weeks, Merkel has been trying to prevent the closure of the Balkan Route, arguing that Europe cannot leave Greece alone to deal with tens of thousands of desperate Syrians trying to escape the civil war in their country. Three weeks ago, when Austrian Chancellor Werner Faymann announced his country would only accept a limited number of asylum-seekers each day -- an announcement that led to border closures up and down the Balkans -- Merkel shook her head with concern. The move, she said, was "not helpful."

And now Tusk. The man who was only able to rise to the European Council presidency with Merkel's backing has now ambushed her.

It is yet another incident that demonstrates Merkel's loss of power. The chancellor has played a variety of roles in Brussels throughout her career. She began as a clumsy novice, but as a result of the euro crisis she ultimately became the most powerful leader in Europe. Now, however, she has isolated Germany in the European Union to a greater degree than any chancellor before her.

Germany has always had a special role in Europe. Helmut Kohl emphasized modesty in Brussels to reduce European fears of a newly dominant Germany in the wake of reunification. Merkel, by contrast, was not afraid of taking a leadership role and pushed through her strict austerity policies. In the end, though, she stopped short of throwing Greece out of the euro zone against the will of France and other southern European member states.

Defection to the Enemy Camp

Now, the fissure runs through the entire continent. Germany and France are estranged, Eastern European member states have joined Austria in an anti-Merkel alliance and European Council President Tusk has defected to the enemy camp.

Merkel has remained true to her convictions -- one has to grant her that. She has withstood domestic pressure -- primarily exerted by the Christian Social Union (CSU), the Bavarian sister party to her Christian Democratic Union (CDU) -- and she has resisted the pressure of Faymann in Austria and Hungarian Prime Minister Viktor Orbán. With three important German state elections approaching this Sunday, she has also resisted pressure from CDU campaigners, who are not expecting a glorious showing. If one judges politicians by how well they stick to their principles, even when it gets uncomfortable, then Merkel has been impressive in recent weeks.

But what Merkel's people describe as rectitude, the rest of Europe sees as an attempt to spread the costs of her noble-minded blunder across the entire European Union. The fences that have now been built do not just prevent refugees from moving through the Continent -- they're also symbolic of resistance to German presumption.

When Merkel stepped before gathered journalists late on Monday night following the special EU summit in Brussels, she spoke of a "breakthrough" in the refugee crisis. But that claim too was an affront. The same Merkel who has brandished her moral fortitude by criticizing border closures and barbed wire fences is nevertheless prepared to make herself dependent on a Turkish government that is transforming its country step-by-step into an autocracy.

Nothing reveals Merkel's hypocrisy more than her handling of the Balkan Route closure. With only a few hundred migrants a day now reaching Germany, Merkel is perhaps the greatest profiteer of the border closures. But it is the result of policies imposed by her political adversaries. Not only that, but these policies were originally supposed to receive the European stamp of approval at Monday's summit. For the summit's closing document, Tusk proposed the following statement in reference to the Balkan Route: "This route is now closed." The sentence is a statement of fact, but Merkel nevertheless refused to sign on. Doing so would have been a public admission of failure.

The result was a tenacious battle over terminology. When EU member state ambassadors assembled on Sunday afternoon to prepare the summit, the German representative Reinhard Silberberg protested. But Tusk's cabinet chief Piotr Serafin remained firm, Silberberg communicated in a classified cable to Berlin that evening. The countries affected along the Balkan Route, he wrote, "expect a clear indication of support from the … European Council."

When European heads of state and government arrived in Brussels on Monday, the quarrel had not yet been resolved. Before he entered the Council building, French President François Hollande said: "This route is closed." Later, an argument erupted between Faymann and Merkel. A rift could only be avoided by way of compromise. The final document ultimately stated: "Irregular flows of migrants along the Western Balkan route have now come to an end." It makes it sound as though higher powers stopped the migrants in their path.

The price for the cosmetic improvement was high. In return, Eastern European member states received the guarantee that no further demands that they accept refugees -- neither from Greece nor from Turkey -- will be made. For Merkel, that is not a positive result.

She continues to insist that border closures cannot solve the refugee crisis, instead placing her hopes on the deal with Turkey. To take part in the negotiations, Turkish Prime Minister Ahmet Davutoglu arrived in Brussels on Sunday evening for a meeting with Merkel and Dutch Prime Minister Mark Rutte, who currently holds the rotating presidency of the Council of Europe.

The meeting itself was unusual enough, with many EU countries unimpressed by Merkel's diplomatic offensive. But when it became known that the Turks had presented a completely new proposal during the confidential meeting, rumors began making the rounds that Merkel was trying to hoodwink the other EU member states.

Spanish Prime Minister Mariano Rajoy only learned of the Turkish paper after he landed at the Brussels airport. When it was distributed at the beginning of the summit, Luxembourgian Prime Minister Xavier Bettel took a photo of it with his smartphone and sent it to his aides so they could quickly examine it.

The mood was tense when the leaders gathered for a late lunch at 3 p.m. Most made it clear that they would be unable to agree to a deal without having first perused the Turkish proposal in detail. Before long, many began to suspect that the paper had actually been authored by Merkel's chief advisor on European affairs, Uwe Corsepius -- and not by the Turks. Merkel vehemently denied the allegations. But the incident serves to demonstrate just how deep mistrust of the Germans has become.

For Merkel, the new plan presented by Turkey was a coup. For the first time, Ankara agreed to reaccept refugees who had fled across the Aegean to Greece. In return, the EU would agree to take Syrians from Turkey -- initially in accordance with a complicated formula but ultimately a fixed quota. In addition, Turkey is to receive an additional €3 billion ($3.35 billion), relaxed visa requirements -- as early as June, if possible -- and a commitment to accelerating Turkey's long dormant EU accession negotiations.

It is unclear whether the plan will ever be implemented. For that to happen, Merkel needs the confidence of her European partners -- confidence that she has spent the past several months eroding. French President Holland only refrained from rejecting the Turkish proposal outright at the Brussels summit because he wanted to prevent an open rupture with Merkel.

For France, though, lifting Turkish visa requirements as early as this summer is out of the question. "We won't be able to push that through here," says one Hollande advisor. Thus far, Turkey has only fulfilled half of the 72 conditions demanded by Brussels for the lifting of visa requirements. Ankara, for example, still stubbornly refuses to recognize passports from Cyprus, which is an EU member state. Furthermore, only travelers with biometric passports are allowed to enter the EU without a visa. Turkey, though, has yet to produce travel documents that fulfill the EU's strict criteria.

Paris is not the only place where resistance to visa relaxation can be found. "We cannot exchange a refugee wave for a visa wave," says Andreas Scheuer, general secretary of the CSU. "Otherwise we'll go from the frying pan into the fire."

"My fraction is very skeptical of complete visa freedom for Turkish citizens," adds Manfred Weber, head of the conservative European People's Party group in European Parliament. "There will be no refugee rebate."

The acceleration of Turkish accession negotiations is even more controversial than the visa issue. Cyprus is categorically opposed to the opening of additional negotiation chapters. The northern part of the Mediterranean island has been occupied by the Turks since 1974, and they don't recognize the Republic of Cyprus as a sovereign country. Even aside from that, the approach to Turkey comes at an awkward moment. On the Friday before the Brussels summit, the Turkish government raided the editorial offices of the opposition paper Zaman and took over control.

The core element of Turkey's proposal is also legally questionable. It would be a violation of European and international law to simply send migrants back to Turkey after they had made it across the Aegean. Asylum-seekers may only be sent back to countries where a fair asylum hearing is guaranteed. German Justice Minister Heiko Maas told SPIEGEL this week that "we don't yet consider Turkey to be a safe country of origin nor a safe third country for asylum-seekers." The solution currently looks to be that of Greece declaring Turkey to be a safe third country. Then, most refugees could be sent back.

Many of Germany's EU partners would love to see Merkel fail. They see the border closures along the Balkan Route as tangible policy results and Merkel's diplomatic dance with Turkey as delusional. "We can't trust Turkey," says a source close to Hollande.

Still, one has to give Merkel credit for her attempt to make Europe more humane. She believed that if Germany accepted refugees, other countries would be infected by the generosity bug. Her policy hinged on a belief that humanitarianism could be contagious. It is a nice idea, and perhaps not totally absurd. Even if half of the Syrian population had made its way to Europe, could not the EU's population of 500 million have handled it?

One significant problem with Merkel's refugee policy was the timing of the crisis. When she opened Germany's borders to the refugees trapped in Budapest last September, she was at the zenith of her power. But in Europe, her austerity demands had turned many countries against her -- and here she was imposing her refugee principles, a curious mixture of Protestant parsonage and German sensibility, on the Continent.

Merkel failed to realize soon enough just how little Europe was willing to accept. The price for her policies is not just the rise of a new right-wing populist party in Germany and a German society that is more divided and disgruntled than it has been in years. She also created a Europe that is no longer united. 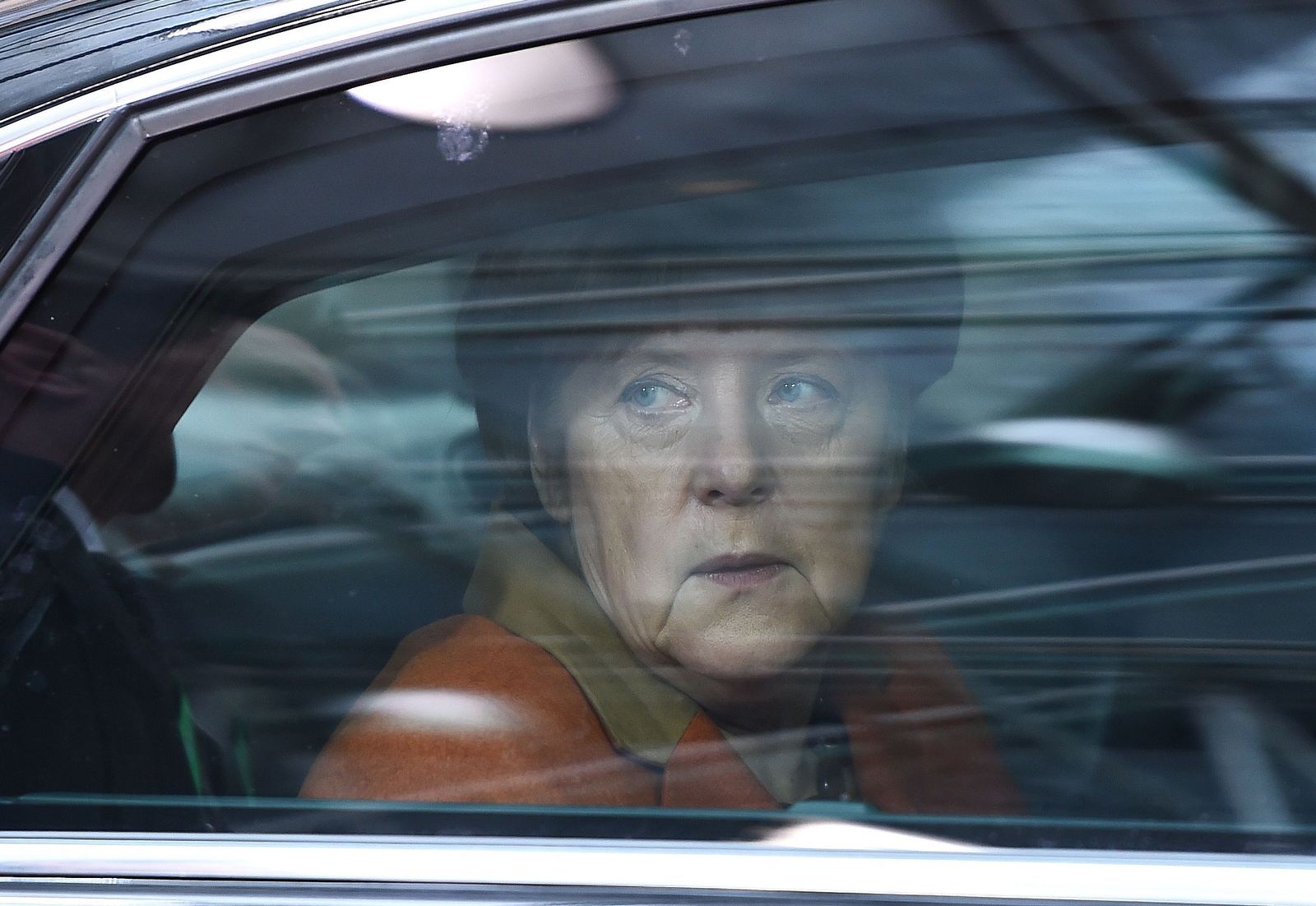 Merkel has been fighting for weeks to prevent the closure of the Balkan Route -- to no avail. With Austria having imposed a strict limit on the number of refugees it would allow in each day, Balkan countries to the south quickly closed their own borders.