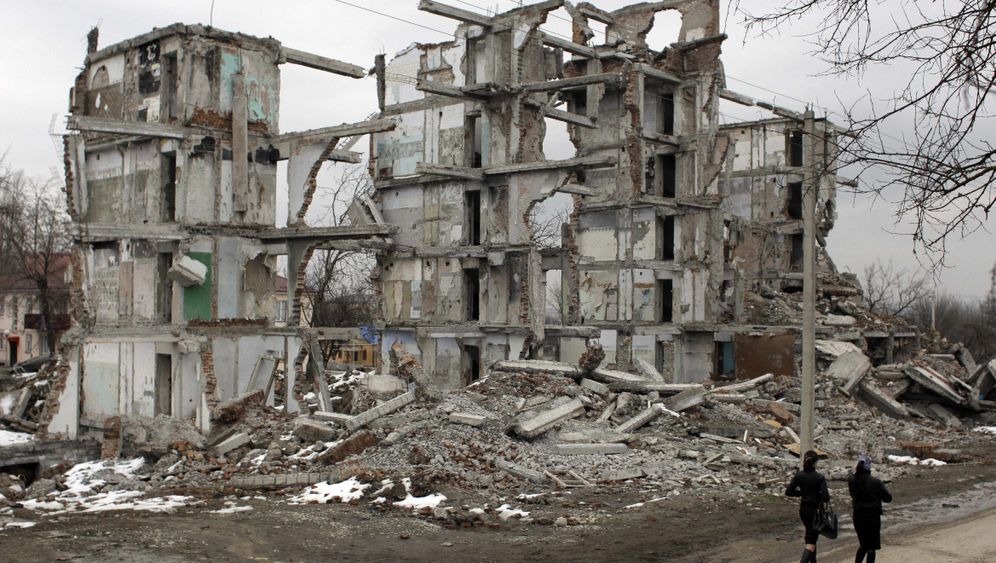 At first, it was just a rumor. People in the North Caucasus region of Russia started telling stories about how the government in faraway Germany was opening the gates into this country of fabled prosperity -- and particularly to refugees from Chechnya, the Russian republic with limited autonomy. People spoke of a "corridor" for 40,000 Chechens.

Journalists working for a newspaper owned by the Chechen government eventually telephoned the German Embassy in Moscow. The German official denied that there was any such "corridor" to Germany. But, in Chechnya, a rumor can sometimes trump a diplomat's word -- especially when a journalist on the government's payroll is on the other end of the line.

The results of these rumors can now be seen in statistics on asylum seekers to Germany. For months, federal officials have recorded an abrupt rise in the number of applicants from Russia. The Interior Ministry has reported that there were 9,957 applications in the first six months of 2013, whereas there were only 3,202 in the whole of 2012. In comparison, the first half of this year saw only 4,517 asylum applications to Germany coming from Syria, which continues to be ravaged by civil war.

German officials say that they do not compile information about the ethnic origins of asylum seekers. They are also very reluctant to release any related information, pointing out that one can never be sure that the would-be refugees are telling the truth. Speaking off the record, however, they confirm that the overwhelming majority of Russian asylum seekers come from Chechnya.

A Ruling and a Rumor

What triggered this spike in applications from Chechnya? German officials admit that they don't have an answer. But people close to Chancellor Angela Merkel's administration say there's a possibility that increases in benefit payments since 2012 have contributed to the rising number of Russian asylum seekers. In July 2012, Germany's Federal Constitutional Court ruled that asylum seekers and refugees are entitled to receive roughly the same level of benefits as the country's welfare recipients, regardless of their country of origin.

Svetlana Gannushkina, an expert on refugees with the Russian human rights group Memorial, has a better idea of what's behind the influx. Coworkers first told her about the rumors from Chechnya in April. She says people were reportedly claiming that Germany planned to give each Chechen refugee €4,000 ($5,300) and some land.

Gannushkina also says that professional human traffickers started the rumors, and that she knows of villages in which the residents of entire streets have all boarded buses and headed west.

The rumor landed on fertile soil in the North Caucasus. Chechnya has two recent wars behind it. Beginning in 1994 and then in 1999, Russian troops fought against separatist groups of the self-proclaimed Chechen Republic of Ichkeria. During the Second Chechen War, Vladimir Putin's soldiers brutally crushed the rebels. Although Russian soldiers and intelligence officials abused and abducted civilians, they still couldn't pacify the country. In 2004, Islamist rebels planted a bomb that killed Chechen President Akhmad Kadyrov as he watched a Soviet Victory Day parade from the VIP seating of a football stadium. But then came his son Ramzan, the current head of the country.

'People Are Seized by Fear'

Ramzan Kadyrov fought on the Russian side during the war. A former bodyguard once accused him of torturing and murdering people -- only to end up shot dead on an open street in Vienna in 2009. Ramzan Kadyrov succeed in hunting down or driving off the rebels. Whereas Islamists in the neighboring republics of Dagestan and Ingushetia attack the police or soldiers almost every week, things are relatively calm in Chechnya.

But Kadyrov rules with an iron fist. "Women without headscarves are targeted for attacks, and female students who wear jeans or have exposed elbows aren't allowed to attend university lectures," says Gannushkina, the human rights activist. "Families no longer send their daughters to university and hide them away in their homes out of fear that men belonging to Kadyrov's guard might take a liking to them." She also says there continue to be abductions, but that no one dares to complain to human rights organizations about them. "People are seized by fear," she adds, "which is why so many believed the rumor."

The rumor is driving scores of Chechens to abandon their homeland. Most of them flee to Ukraine, from where they cross the European Union border into Poland and then into Germany. Human rights activists say that most of the refugees travel in groups organized by smugglers and enter the countries illegally. In April, federal police officers in Frankfurt an der Oder, a city that borders Poland, said that the refugees were usually families with small children.

Will Asylum Be Granted?

But what are their chances of being granted asylum in Germany? In response to an official request for information from Germany's far-left Left Party, Germany's federal government said that 24 percent of Russian refugees received a positive response to their asylum application in the first quarter of 2013. "If almost every fourth one is being accepted, there is obviously a great deal of persecution and massive human rights violations," says Bernd Mesovic, the assistant head of the refugee rights organization Pro Asyl.

In fact, he and other human rights activists fear that for these refugees, German authorities might now introduce the kind of expedited asylum procedures that are already being used for asylum seekers from Balkan countries. Mesovic says that officials might try to set an example by making fast-track decisions with a large percentage of denials.

The Chechen state newspaper Westi Respubliki responded in mid-May by ridiculing the recent stream of emigrants. During the wars, they said, Chechens fled "explosions, mass purges and kidnappings, but today they have other reasons: They're searching for the good life," reads the article. Yet not a single Chechen has seen anything of the "subsidies, apartments and cars" that are supposedly waiting in Germany for the refugees, the article scoffs.

Yet the ridicule is of little use. Hundreds have already left, and hundreds will follow -- until the rumor eventually loses its power.