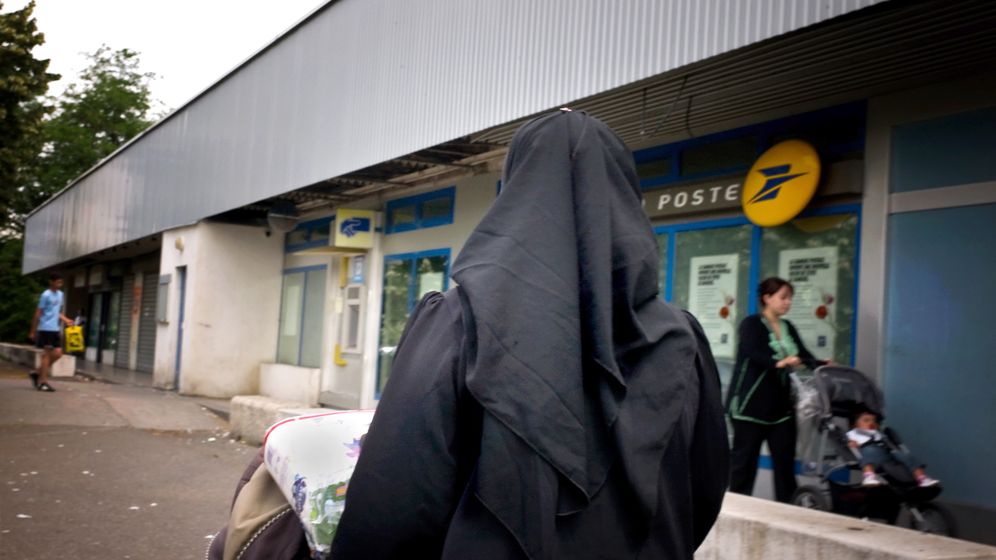 One of the first burqa offenses in Europe was reported in the northern Italian city of Novara. It was committed by Amel Marmouri, 26, an immigrant from Tunisia. Marmouri had no previous police record -- at least not until that spring day two months ago, when she entered the post office dressed in a full-length coat, with her face hidden behind a black scarf, leaving only a narrow slit for her eyes.

As she left the post office, she was stopped by members of the Carabinieri, Italy's national police force. But she refused to reveal her face, and was issued a warning: A €500 ($645) fine for wearing a full-body veil in public. Marmouri's husband responded by saying that his wife would no longer leave the house in the future.

Depending on one's interpretation, Marmouri is either a Muslim whose detainment in a "mobile prison" has been brought to an end, or she is a victim of European burqa phobia. She has either been protected from cultural oppression for her own good -- or one of her basic rights has been violated, namely the freedom to exercise her religion.

One thing is clear though. Marmouri violated a clause in Italy's 1975 anti-terror legislation that prohibits men and women from covering their faces in public. Last January, the mayor of Novara introduced a local ban on the burqa, based on this legislation. The mayor, a member of the conservative Lega Nord, or Northern League, political party, said this was "the only way to stop behaviour that makes the already difficult process of integration even harder."

There are similar bans in the areas of Como, Bergamo, Montegrotto near Parma and Fermignano. Soon all of Italy could become a burqa-free zone, although no one has counted just how many women would be affected by a burqa ban. Former model Mara Carfagna, now the federal minister for equal opportunity, has announced that Italy will soon follow France in introducing a national ban on the burqa and the niqab. Draft legislation has already been prepared.

The underlying sense of suspicion that many in Europe feel towards Islam is exacerbated by a handkerchief-sized piece of cloth. Made of silk, synthetic material or cotton, it is called a niqab and worn primarily in the Arab Gulf states. It covers the head and is often used in combination with other full length garments. Politicians, however, prefer to focus on the burqa, a full-length garment that conceals the wearer completely, including the face which is behind a net mesh. It is widely seen as the symbol of women's oppression under the Taliban.

Life in the French Republic "is carried out with a bare face:" That is French Justice Minister Michele Alliot-Marie's new battle cry. And it is supported by an unusual cross-border alliance of feminists, leftists and conservatives who fear for the Continent's Christian identity. They see tolerating the full-body veil as another step towards surrender to fundamentalist Islam.

According to a survey by the Pew Research Center's Global Attitudes Project, based in Washington, a clear majority of Germans, French, Spanish and British all support a ban. Most Americans however would reject such a ban.

Yet do the majority of citizens have the inherent right to see the faces of their fellow citizens? Are people obliged to participate in society? Is a ban really necessary for security reasons -- or do current bans on covering the face fulfill these requirements?

These are questions worth debating. Instead, though, politicians are pursuing an odd and artificial debate that revolves around issues like the risk of highway accidents caused by veiled motorists and health problems arising from an inadequate supply of oxygen. But it all boils down to one thing: A quick answer to people's understandable fear of the fundamentalism on their own doorsteps.

Last Tuesday, the French National Assembly, the lower house of French parliament, approved a bill whose official name is "the bill to forbid concealing one's face in public." This draft legislation does not contain the words niqab, hijab or burqa, but it clearly targets the less than 2,000 Muslim women in France who wear full veils. The bill was passed with only one dissenting vote, even though the country's Council of State, which gives the executive branch legal advice and acts as an administrative court of last resort, had previously expressed reservations concerning the constitutionality of a total ban.

In the future, anyone entering a supermarket wearing a burqa could be fined €150 ($190) and forced to take a French citizenship course. Any man caught forcing a woman to wear a veil could be subjected to a fine of €30,000 and sentenced to one year in prison.

The law must still be approved by France's upper house of parliament, the Senate and reviewed by the Constitutional Council, the country's highest constitutional authority whose duty is to ensure that principles of the French constitution are upheld. This would be followed by a six-month transitional period which would be used to try to convince burqa wearers to voluntarily embrace the open-faced approach.

Whether this is for fashionable, political or religious reasons, whether they are really forced to do so or whether, as Olivier Roy, a leading French analyst of Islam maintains, they generally do so voluntarily, as a radical affirmation of Islam and a provocative expression of their identity in society -- little of this has been discussed. There have also been few mentions of the fact that one-quarter of burqa wearers are French women who have converted to Islam, meaning that the veil issue is not exclusively an integration problem.

France's national burqa ban is not unique. Elsewhere in Europe similar legislation is also being prepared or has been implemented. In Belgium last April, members of the national parliament united across political and cultural lines -- both Walloons and Flemings, left and right -- to agree to ban full-face veils in buses, shops and on the streets. In the meantime, their shaky coalition collapsed over linguistic and identity issues. For the past year, there has already been a ban on wearing veils in schools.

In Spain, following a vote by the Senate a few weeks ago, the Socialist government now has to prepare a burqa-ban bill and introduce it to the second chamber of parliament. Nine Catalonian cities and communities, including Barcelona, have already banned the burqa. The Socialist mayor of Barcelona explained the move was to do with security, saying that it was necessary to ban anything that "hinders personal identification in any of the city's public installations." Most Spanish Muslims live in Catalonia and the anti-immigration Platform for Catalonia has a reasonable chance of winning more votes in regional elections there this fall.

In the Netherlands right-wing populist Geert Wilders ran an election campaign based on banning burqas and mosques. In Switzerland the northern canton of Aargau has called for a national ban on full-face veils and in the Austrian state of Upper Austria, the right-wing populist Freedom Party of Austria (FPÖ) recently failed to push through a similar move at the state level.

But there are also signs of protest beyond Europe's borders. In Australia a robbery allegedly carried out by a man wearing a burqa has sparked a debate among liberal politicians about a ban. In the Canadian province of Quebec, the government has proposed a law that would ban full-face veils in all public institutions.

No Burqa Debate in Germany

In Germany, however, anti-burqa initiatives -- such as those launched by the former governor of the state of Hesse, Roland Koch, a member of the conservative Christian Democratic Union (CDU) and Silvana Koch-Mehrin, a member of the European Parliament with the pro-business Free Democratic Party (FDP) -- have met with no support. A preliminary investigation for the German parliament, the Bundestag, revealed that a ban would clearly be unconstitutional.

There will be no debate about it in Germany, says Bülent Ucar, a professor for Islamic religious studies and a member of the German Conference on Islam. "I also don't approve of the veil, either aesthetically or religiously," he says, "but do we really need a ban for such a quantitatively marginal problem?"

Ucar says that such bans only marginalize Muslims more. Anyone who wants to emancipate Muslim women should make it obligatory for them to take language and vocational courses. Furthermore, he says that the state should support the training of modern imams because they can justify bans better than any German authority figures and dissuade fundamentalists from an extremist path.

Western states are, after all, not the only ones struggling with this contentious issue. In Turkey there is a strict ban on headscarves in schools, universities and public offices. In Tunisia civil servants are not allowed to wear the niqab. And in Egypt, a country where most women wear headscarves, the country's highest ranking Muslim cleric ordered a ban last year on face veils for all female students and instructors at Cairo's Al-Azhar University.

The explanation offered by the recently deceased Grand Sheikh Mohammed Sayed Tantawi was as simple as it was correct: "The niqab is a tradition and has nothing to do with religion." 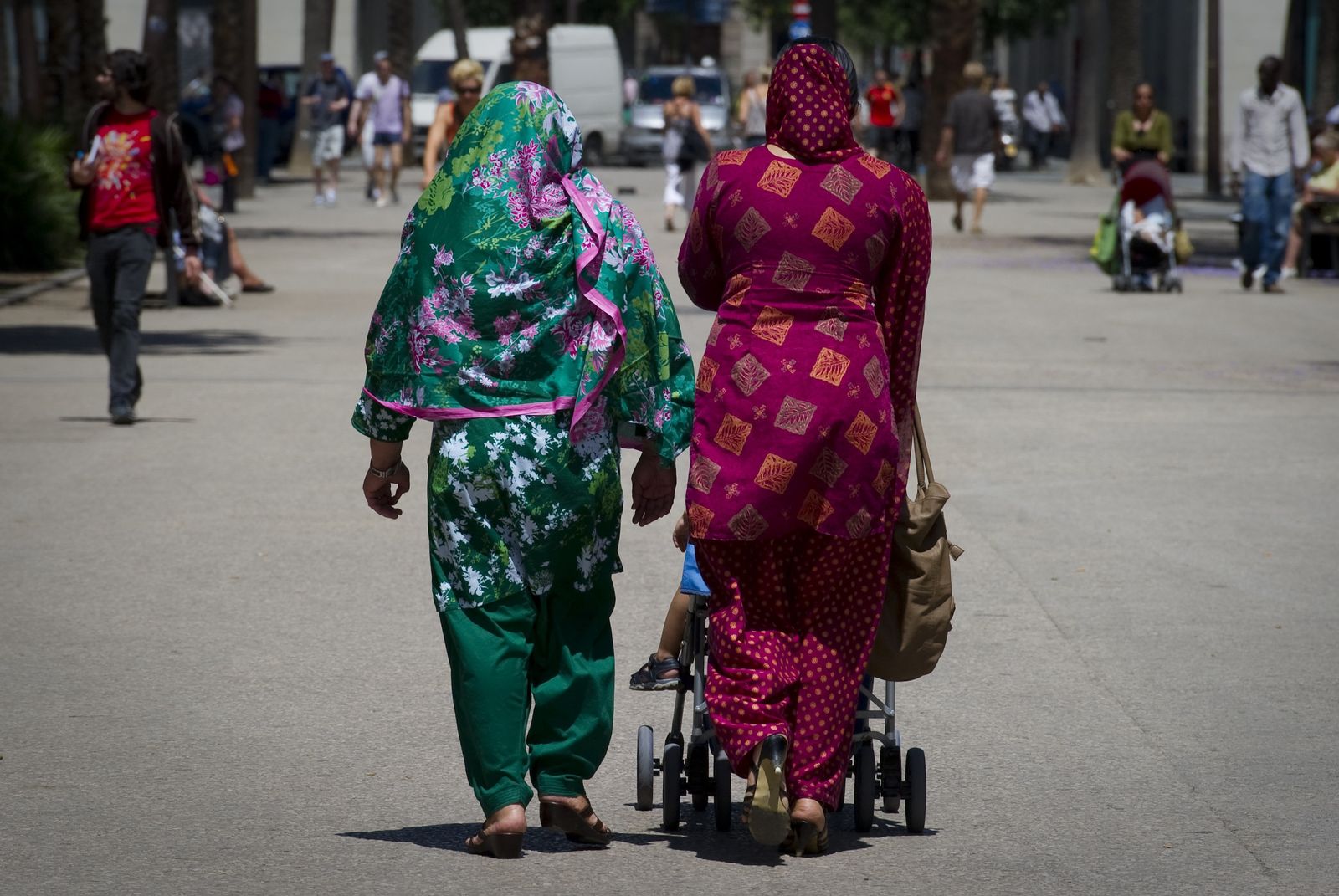 In Spain, following a vote by the Senate a few weeks ago, the Socialist government now has to prepare a burqa-ban bill and introduce it to the second chamber of parliament. Nine Catalonian cities and communities, including Barcelona, have already banned the burqa. 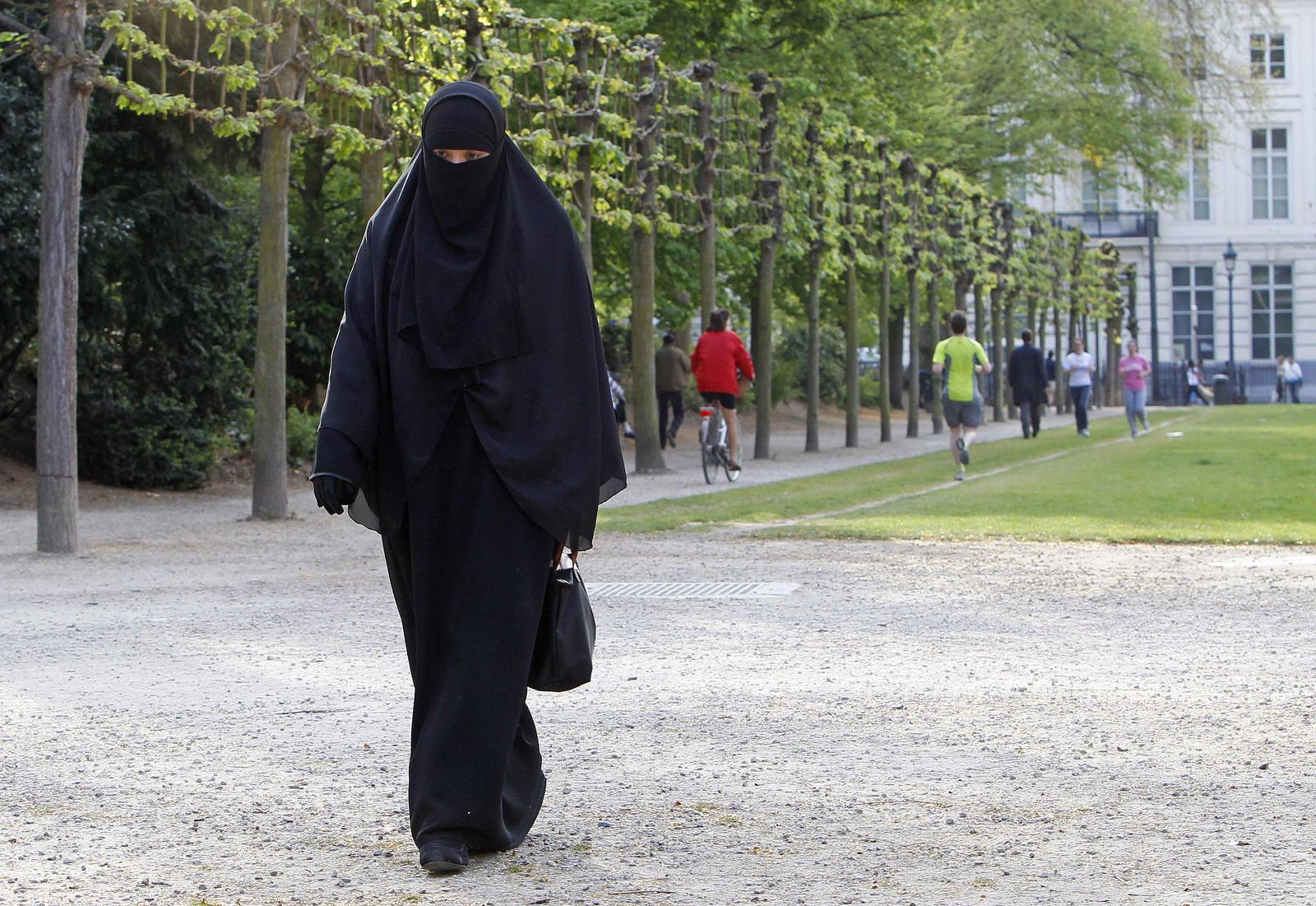 In April, in the national parliament in Brussels, Belgians united across political and cultural divisions -- both Walloons and Flemings, both right- and left-wing -- to agree to ban full-face veils in buses, shops and on the streets.