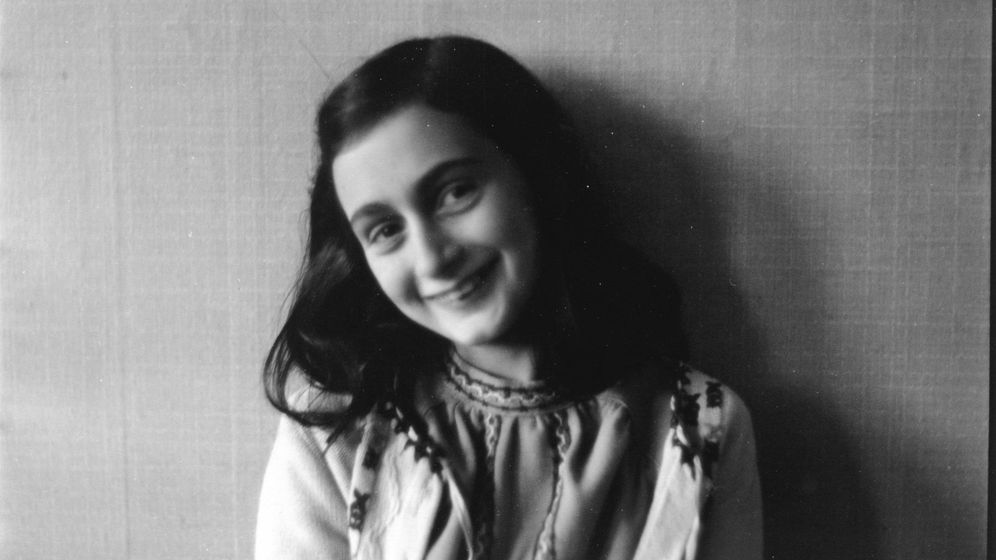 The family of Anne Frank had lived in the western German city of Frankfurt since the 17th century, but the rise of Adolf Hitler forced them to go into exile. After the Nazis seized power in Germany, the Franks fled to Amsterdam, where Anne Frank would later write one of the most poignant and memorable memoirs of the Holocaust. The family of her cousin and childhood companion Bernhard "Buddy" Elias fled to Basel, Switzerland.

For decades, the belongings of the Frank and Elias families were stored in Basel, including roughly 6,000 letters, documents and photographs, but also toys, clothes, pieces of furniture, books and paintings. Much of the belongings were kept in a dusty attic and were unknown to the house's occupants until they were discovered by accident in 2001.

Now the Frank family's possessions are being returned to Frankfurt. Together with the Anne Frank Fonds Basel, Frankfurt's Jewish Museum announced Tuesday that they will establish a "Family Frank Center." The center, which will be a new core focus of the museum, will include a permanent exhibition, archive and education center. The first family items will be handed over to the museum this year.

Born in 1925, Buddy Elias was four years older than Anne, and is her last living direct relative. SPIEGEL ONLINE spoke to him about the plans for the new center.

SPIEGEL ONLINE: Picture postcards, wartime letters, books, tableware and paintings -- an entire household is being transferred piece by piece from Basel, Switzerland, to Frankfurt, where the Frank family has its roots. Where exactly did the objects come from?

Elias: Most of them come from the household of Alice Frank, the grandmother of Anne, her sister Margot, and my brother Stephan and me. When Alice fled to Basel in 1933, she sold the house in Frankfurt. She rescued the family's possessions, taking them into exile with her to Switzerland, where she stored them neatly and tidily in the attic of my parents' home in Basel.

SPIEGEL ONLINE: And they stayed there for decades without your having the slightest clue about them?

Elias: Well, you know, we just didn't go into the dusty attic too often. Then, in 2001, my wife wanted to finally tidy things up a bit. While doing so, she stumbled upon the entire treasure trove in the locked cabinets and steamer trunks -- and determined that extraordinary family documents were there.

SPIEGEL ONLINE: The find includes thousands of letters. It's an enormous amount.

Elias: Yes, my family was always into writing and composing poetry. Anne's writing was no fluke. More than anyone, her grandmother had a major influence on her. Alice was constantly urging her children and grandchildren to be active writers.

SPIEGEL ONLINE: Isn't it hard for you to relinquish all of these things little by little?

Elias: Yes and no. Of course, it hurts a bit. But, on the other hand, I'm an old man. At some point, I'll also pass away, and then the things will have to go somewhere where they can be viewed.

SPIEGEL ONLINE: What else did you find besides the letters and photographs?

Elias: Various pieces of furniture, such as the child's chair that Anne used to always sit in as a young girl. And all sorts of toys.

SPIEGEL ONLINE: What was Anne's favorite thing to play with?

Elias: For one, she particularly liked the multicolored building blocks that could be assembled in the form of Frankfurt's city hall. But, as children Anne and I used to also amuse ourselves with children's card games, dolls and the toy grocer's shop. However, her favorite thing to do was to put on plays. I once had to dress up like a grandmother. I slipped into one of grandma's dresses, put on her hat and imitated her. I rarely saw my little cousin so amused.

SPIEGEL ONLINE: What are your earliest memories of Anne?

Elias: When she was still a baby, my brother and I once took her out in the stroller. We went incredibly fast and failed to manage a corner. The stroller tipped over -- and little Anne was lying on the sidewalk. Of course, when we went home we didn't tell anyone about that.

SPIEGEL ONLINE: Your mother once wrote that you and Anne had a lot in common. In what way?

Elias: Anne was utterly playful -- exactly like me. Though she was four years younger, I usually played with her and not with her older sister, Margot. Margot was very serious and almost always reading.

SPIEGEL ONLINE: In 1929, your father took over the subsidiary of a German company in Basel, and it was two years before you and your mother joined him. The Franks then fled to Amsterdam, and your paths diverged. When was the last time you saw Anne?

Elias: Until the Wehrmacht (Germany's World War II army) marched into Holland, Anne and Margot used to travel regularly to Switzerland to be with us during school breaks. The last time I was with them, Anne and I played puppet theater in the children's room. Margot sat in front of the window and read. That was in the summer of 1938. After that, Anne would often write us letters. I received the last one from her on my 17th birthday, in June 1942.

SPIEGEL ONLINE: That was exactly one month before the family had to go into hiding in the rear building at Prinsengracht 263, in Amsterdam. Were you aware of that?

Elias: On July 5, 1942, we received a final postcard from Otto Frank, in which he told us: "You need to understand that we will no longer be able to communicate." It was clear to us that they would go into hiding. But we had no idea where.

SPIEGEL ONLINE: On August 4, 1944, they were discovered in their hideout and arrested. Eight months later, Anne would die of typhus in the Bergen-Belsen concentration camp, in northwestern Germany. When did you learn of her death?

Elias: In the summer of 1945. Anne's father, Otto, who returned from Auschwitz in June 1945, hoped until the very end that his family had survived the Holocaust. A month later, he wrote to us about her death. Shortly thereafter, he started translating individual chapters of Anne's diary into German. He was constantly sending passages to us in Basel, and I started editing them.

SPIEGEL ONLINE: What shocked you the most about them?

Elias: It was less of a shock than a tremendous surprise. Anne's father, Otto, once said: "I didn't know my daughter until I read the diary." That was exactly the case for me, as well. To me, Anne was always a thoroughly funny, lively child. I knew nothing about the profundity of her thoughts.

SPIEGEL ONLINE: Anne makes repeated mention of you in her diary. You played an important role in her process of maturing.

Elias: Yes, that could be. For example, she once wrote in great detail of her dream about going ice skating with me. She was dead-set on pair skating with me. In her drawings, she even painted the dress that she wanted to have custom-made to make an appearance with me.

SPIEGEL ONLINE: Later, after the war, you actually did become a professional skater.

Elias: Yes, as an ice clown for the "Holiday on Ice" revue. In my life, I have lived two lives: that of the actor and clown, and that of the cousin of Anne Frank.

SPIEGEL ONLINE: For decades, you have been traveling around the entire world speaking at schools about the Holocaust, and you have sat for hundreds of interviews about Anne Frank.

Elias: I have had no other choice than to fight against forgetting. The only thing I can do is to speak with youths and people, to warn them about anti-Semitism and far-right extremist tendencies.

SPIEGEL ONLINE: In your view, what is the most important sentence in Anne Frank's diary?

Elias: One of the most beautiful sentences goes: "The time will come when we will be people again and not just Jews."