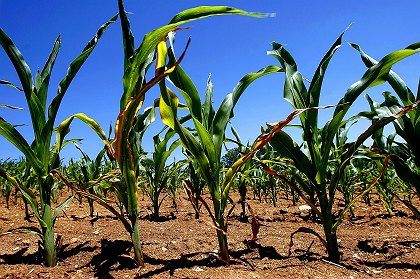 Are biofuels a potential climate killler?

Biofuels, once championed as the great hope for fighting climate change, could end up being more damaging to the environment than oil or gasoline. A new study has found that the growth and use of crops to make biofuels produces more damaging greenhouse gases than previously thought.

German Nobel-prize winning chemist Paul Crutzen and his team of researchers have calculated the emissions released by the growth and burning of crops such as maize, rapeseed and cane sugar to produce biofuels. The team of American, British and German scientists has found that the process releases twice as much nitrous oxide (N2O) as previously thought. They estimate that 3 to 5 percent of nitrogen in fertilizer is converted and emitted, as opposed to the 2 percent used by the Intergovernmental Panel on Climate Change (IPCC) in its calculations.

Crutzen is widely respected in the field of climate research, having received the Nobel Prize in 1995 for his research into the ozone layer. The study, published in the scientific journal Atmospheric Chemistry and Physics, finds that the growth and use of biofuels produced from rapeseed and maize can produce 70 percent and 50 percent more greenhouse gases respectively than fossil fuels.

"One wants rational decisions rather than simply jumping on the bandwagon because superficially something appears to reduce emissions," Keith Smith, a professor at the University of Edinburgh and co-author of the study, told the London Times.

The findings come in the wake of an OECD report earlier this month, which warned against rushing to grow reneweable energy crops because they cause food shortages and damage biodiversity while producing limited benefits.

The growth of corn for ethanol in the United States has already overtaken its cultivation for food, while in Europe the main biofuel crop is rapeseed.