Hours before the German parliament is due to vote on the second Greek bailout package, Chancellor Angela Merkel was forced to rebuke one of her cabinet ministers, Hans-Peter Friedrich, for breaking ranks with the government's line and saying Greece should be encouraged to quit the euro.

Merkel's spokesman, Steffen Seibert, said she "doesn't share this view" and believed that the priority was to stabilize Greece within the euro zone.

Seibert added that the center-right coalition government had a unified position on the €130 billion ($175 billion) package for Greece.

Merkel's move prompted Friedrich, who is interior minister, to distance himself from his own statements. "We assume as the federal government that Greece can be reformed and made more competitive within the euro zone," he told reporters ahead of a meeting of conservative leaders in parliament on Monday. "I have no doubts about the chancellor's bailout course." He added that his own support for the second bailout package for Greece had never been in question. The package, he said, was for the time being the "best alternative, otherwise I wouldn't vote for it."

However, in an interview with SPIEGEL published on Monday, Friedrich had said: "Greece's chances to regenerate itself and become competitive are surely greater outside the monetary union than if it remains in the euro area."

He added that he did not support a forced exit. "I'm not talking about throwing Greece out, but rather about creating incentives for an exit that they can't pass up." It was the first time a member of the German government called on Greece to leave the currency.

The comment exposed a rift in Merkel's cabinet and drew criticism from within the coalition as well as from the opposition Social Democrats and Greens, who have said they will side with the governing parties and vote in favor of the bailout on Monday.

The parliamentary group leader of Merkel's conservatives, Volker Kauder, said Friedrich had given a "very wrong signal." He told ARD television on Sunday that "we shouldn't make any contribution to pushing any member out of the euro zone. We want to keep the Greeks in the euro zone."

Friedrich is a member of the Christian Social Union (CSU), the small Bavarian sister party of Merkel's Christian Democrats. The CSU often tries to sharpen its political profile by taking an independent, often populist line.

A majority of Germans believe the bailout won't work. According to a survey conducted by pollster Emnid and published on Sunday, 62 percent said they wanted parliament to vote "No" on Monday. Only 33 percent were in favor. Almost two-thirds said they were convinced that Greece can't be rescued from state bankruptcy.

And tabloid Bild ran the banner front page headline "Stop!" on Monday, urging lawmakers to vote against the package because the money would be flowing into a "bottomless barrel."

The Free Democratic Party (FDP), Merkel's junior coalition partner, also criticized Friedrich. "Imprudent statements can do a lot of damage," said Foreign Minister Guido Westerwelle, the FDP's former leader. He attached a lot of importance to the vote. "Today is a day of decision for Europe and of responsibility for our currency."

However, the center-left Süddeutsche Zeitung newspaper reported on Monday that Friedrich may not be the only government member to have major doubts about the strategy to rescue Greece.

The newspaper reported that other ministers, among them Finance Minister Wolfgang Schäuble and Economics Minister Philipp Rösler, had privately voiced doubts that the crisis management strategy can work. The newspaper gave no further details.

Merkel will give a statement to parliament before the vote on Monday afternoon. She will also talk about the next European Union summit on Thursday which is due to discuss an enlargement of the European Stability Mechanism (ESM), the permanent euro rescue fund.

Coalition politicians are confident that Merkel will be able to muster her own center-right majority in the vote and won't be reliant on votes from the opposition parties which have said they will support the motion.

"I expect we will get a broad majority with the SPD and Greens and a big majority of our own too," Peter Altmaier, the parliamentary manager of the conservatives, told ARD television on Monday.

However, some conservative and FDP lawmakers have said they will vote against the bailout. 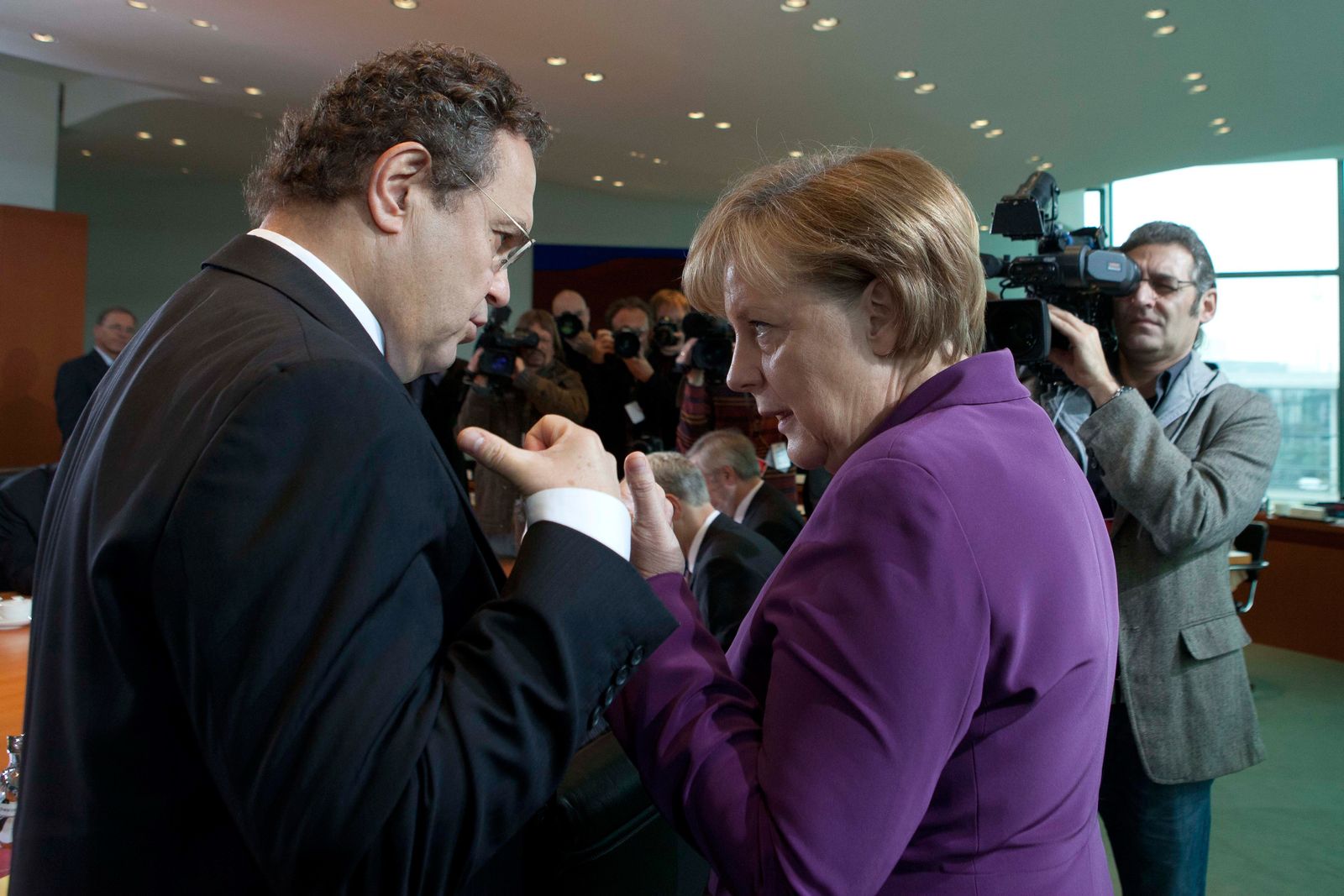