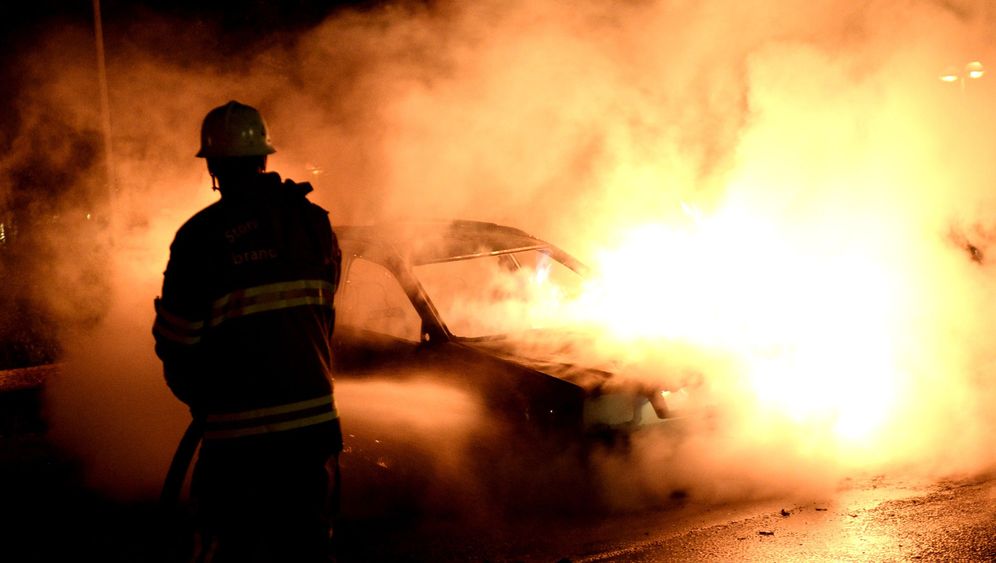 Riots continued for the fourth straight night in Sweden Wednesday, as youth set fire to cars and threw stones at police in immigrant suburbs of Stockholm and the southern Swedish city of Malmo.

Swedish Prime Minister Fredrik Reinfeldt has appealed for calm in the wake of the violence, which appears to have been instigated by the police shooting of a machete-wielding 69-year-old man in the Stockholm suburb of Husby this month. Police said the shooting was an act of self-defense, but it has triggered accusations of police brutality.

Riots began in Husby, which has a large immigrant population, on Sunday night and have spread to other locations, including the southern suburb of Fittja.

A police station in another southern suburb was set on fire, but no one was injured in the attack and the fire was quickly extinguished, according to media reports. Dozens of cars have been set ablaze during the riots, testing the resources of the local fire departments, according to the police.

At least one police officer was injured in the riots Wednesday night, and two schools, a restaurant and a cultural center have been damaged this week.

The violence has been attributed to the growing disparities between rich and poor in the country, where immigrant communities have been affected the most by cuts in state benefits over the past two decades. Official unemployment among the foreign-born is at 16 percent.

"The reason is very simple," Rouzbeh Djalaie, editor of a local newspaper in Husby told the news agency Reuters. "Unemployment, the housing situation, disrespect from police. It just takes something to start a riot, and that was the shooting."

Djalaie told Reuters that local youths are often the subject of unnecessary identity checks from police, who reportedly called them "apes" during the recent riots. The country ranks fourth among 44 industrialized nations in the absolute number of asylum seekers.

Swedish Justice Minister Beatrice Ask called attacks on police officers or rescue personnel "unacceptable," but said she understood why many people in these suburbs are angry. "Social exclusion is a very serious cause of many problems, and we understand that," she said.