German Finance Minister Wolfgang Schäuble wants the European Union to go it alone with the introduction of a tax on financial transactions if no agreement can be reached at an upcoming meeting of leaders of the G-20 group of top industrial and emerging economies.

Schäuble told the Financial Times in an interview published on Monday that he would prefer the G-20 to launch the tax together. "But if we don't reach an agreement there, I'm in favor of starting in Europe," he told the newspaper. If the 27 EU states can't agree, the 17 euro member states should adopt it instead, he added.

The G-20 summit is scheduled to be held in Cannes, France, on November 3 and 4. The United Kingdom in particular opposes such a tax.

According to information obtained by SPIEGEL, the G-20 states plan to decide far-reaching reforms of the global financial sector. A draft of the summit communiqué says banks are to be forced to set aside significantly more equity capital than in the past and that steps will be taken to ensure that "no financial firm is too big to fail." If a large financial institution fails, taxpayers shouldn't bear the costs, it says.

The communiqué also calls for closer supervision of financial markets and new international standards for liquidating insolvent banks and other financial institutions. Off-exchange trading in complicated financial products, or derivatives, is to be banned in future, and dealing in such products is to be confined to stock exchanges and electronic trading platforms to allow improved monitoring by financial authorities, according to the draft.

The G-20 leaders also want to curb salaries and bonuses in the financial sector "to prevent excessive risks from being taken," the draft states. Hedge funds are to be subjected to stricter regulations, and there are plans to boost the transparency of trading in futures contracts for raw materials and other products. The aim is to prevent speculation from driving up the price of food.

"Regulatory authorities must be granted powers to intervene to avert market disruptions and market abuse," the communique states.

In addition, financial institutions and government authorities are to become less dependent on the verdict of rating agencies in the future. At present, for example, many pension funds are obliged to sell government bonds if these are downgraded by rating agencies -- which accelerates the decline in their prices.

In an opinion piece published in the Financial Times on Monday, British Prime Minister David Cameron wrote that the euro-zone crisis was having a "chilling effect" on global growth and he warned there were "no short-cuts to success."

But he urged Britons to be optimistic, pointing to growing trade with India and China, and warned that pessimism and fear "can become self-fulfilling prophecies."

"I am confident that we can both resolve the crises at hand and come through them with an economy that is stronger and fundamentally fairer," he wrote.

Meanwhile, the head of Germany's second-largest bank, Martin Blessing, said he could understand the concerns of the global Occupy movement protesting against the power of banks and financial markets.

"I see that there is a lot of emotional dissatisfaction," Blessing said in remarks published in the latest edition of SPIEGEL, which hosted a debate between him and Occupy representatives. "There are products in the financial market where one asks oneself: does one really need them? And there are products that make sense but it depends on the dosage, like with a medical drug." 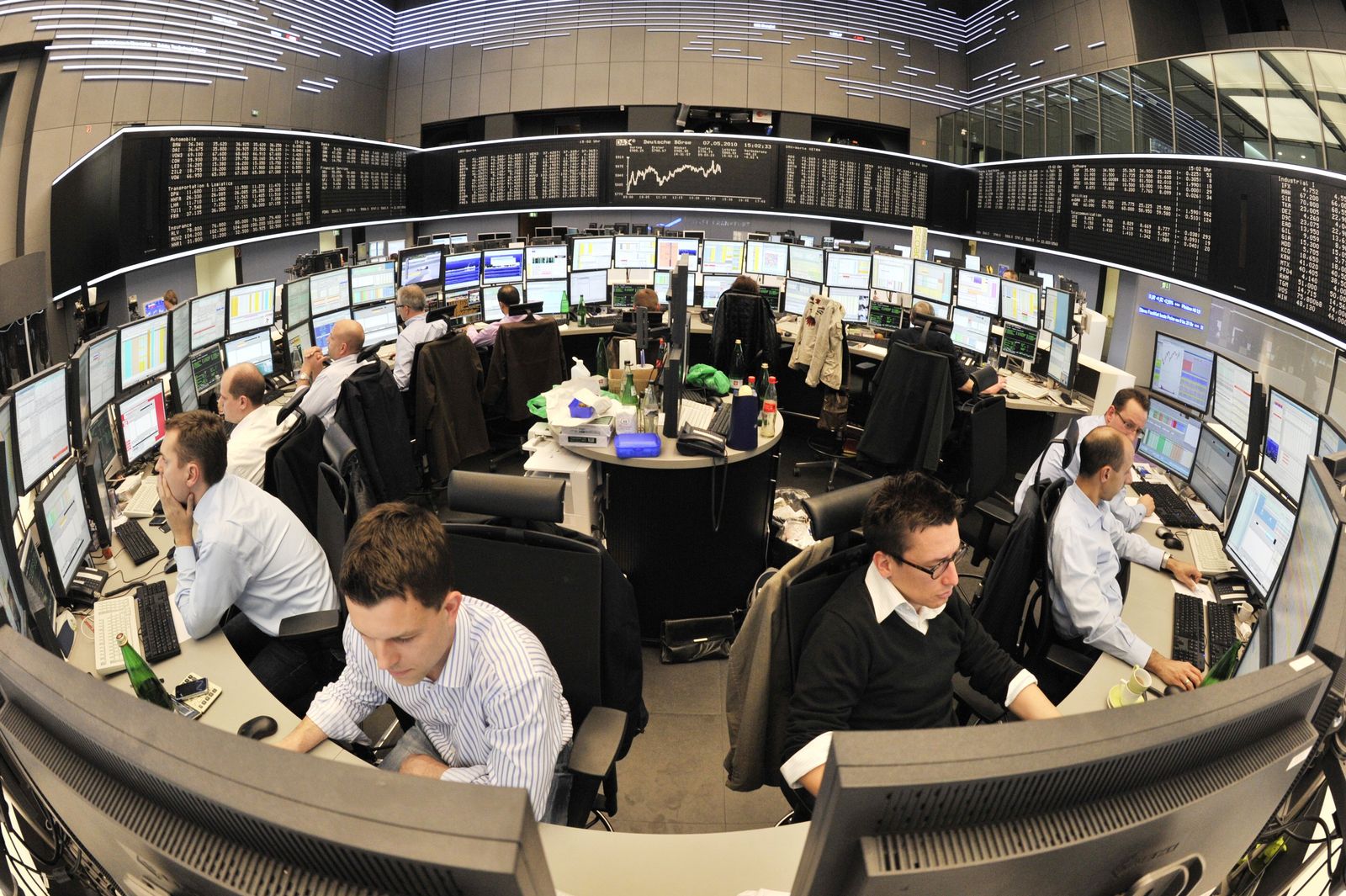 Share traders in Frankfurt: The G-20 plans to impose curbs on financial markets.