France is moving to adapt its immigration rules just days before an EU ultimatum runs out that could have dragged Paris before the courts over its controversial expulsion of Roma people.

French Immigration Minister Eric Besson announced this week that the government would be drawing up appropriate legislation this week that would ensure that France was correctly incorporating the EU's 2004 regulations on the freedom of movement into its national legislation. He said the law would go before parliament by December or January.

At the end of July President Nicolas Sarkozy gave a controversial speech that raised the ire of Brussels. He announced that his government would be taking a tougher line on crime and specifically, that he could not accept the presence of illegal encampments of Roma people in France. The authorities have since cleared over 50 camps and repatriated over 1,000 Roma to Romania and Bulgaria, either forcibly or after paying them to leave. According to French immigration rules, people from the two new EU states need work or residency permits if they wish to stay in the country longer than three months.

What appeared to be the targeting of a specific ethnic group for expulsion raised a diplomatic storm and France came in for tough criticism, particularly from the European Justice Commissioner Viviane Reding, who compared the deportations to those during World War II.

At the end of September the European Commission warned that it was prepared to launch legal proceedings against France if it did not comply with the EU directives on freedom of movement by Oct. 15. However, the EU executive shied away from accusing Paris of discrimination.

Brussels has said it wants assurances from the French that each case was individually assessed, something that Besson says France will provide. "We will deliver all the proof and guarantees that in August the cases were handled individually," he told the Public Senat broadcaster on Tuesday.

"We already have in our legislation all the guarantees demanded by the Commission … and we are applying them," Besson told Reuters on Wednesday. However, he said, the government was still going to "commute some elements (from EU law), for example into the immigration law which will be debated in the Senate at the end of the year or the beginning of the next."

Besson said the cabinet would be sending its response to the Commission after finalizing it this Thursday. The guarantee that France will be complying with the EU request should help avoid an infringement procedure, which could have seen the country having to defend itself before the European Court of Justice.

"It would be very good if the French were to respond positively to the EU Commission's ultimatum," an EU official told the German press agency, dpa, on Wednesday. "Our indication is that this could happen. However, we have not seen a document yet and the clock is ticking." 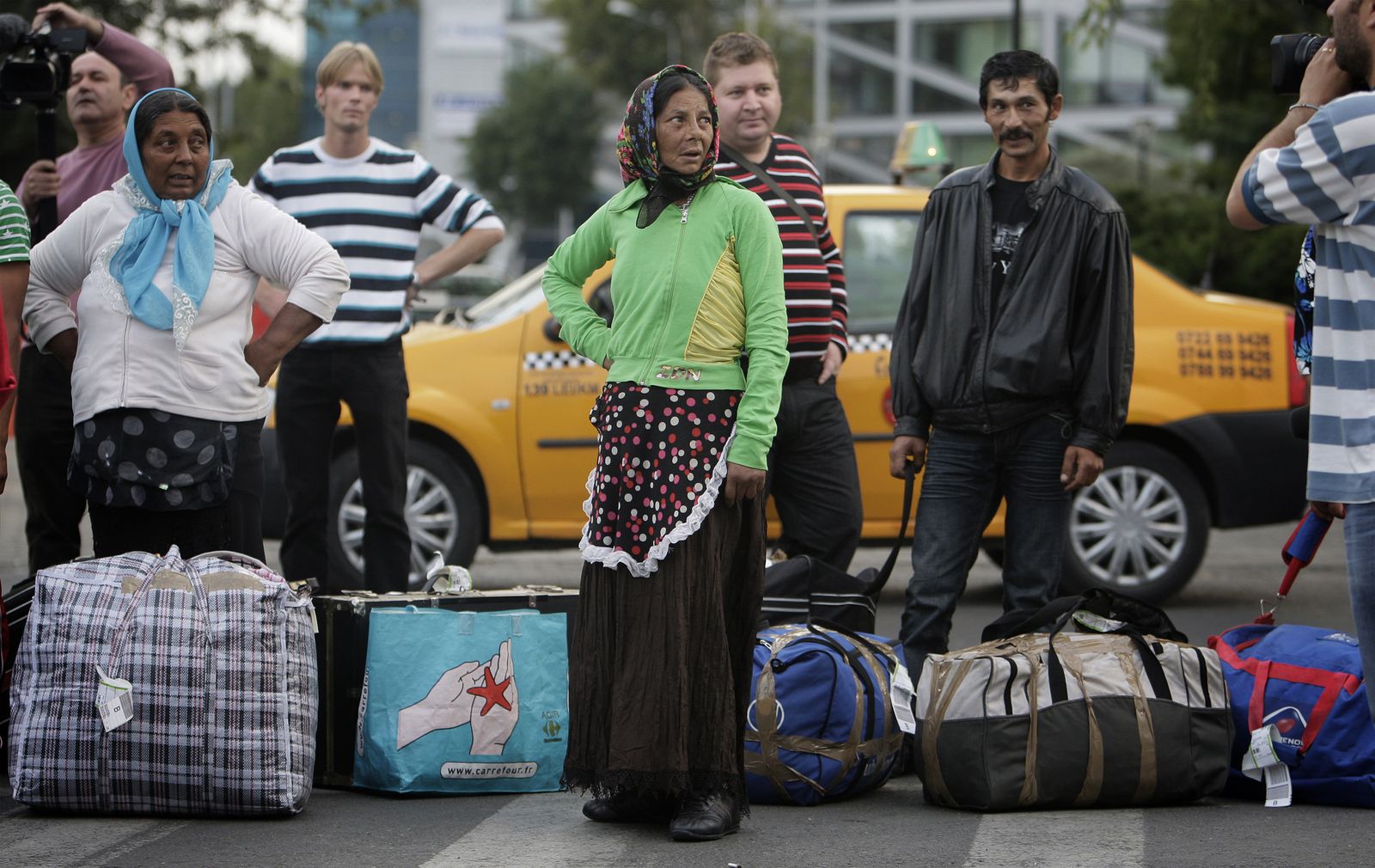 Roma women from Romania after arriving in Bucharest on a flight from France.