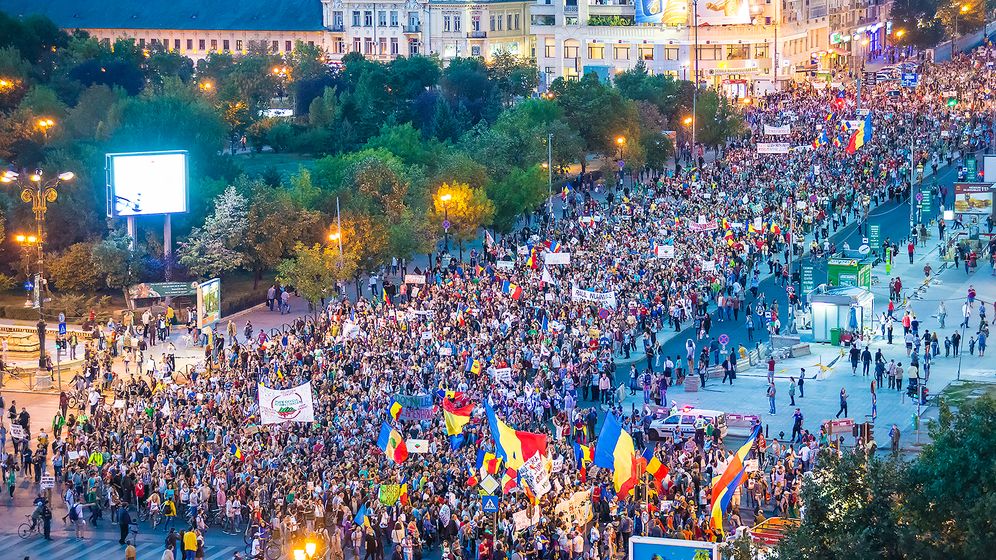 In September 1995, a secret agreement was signed inside the Romanian government giving convicted criminal Frank Timis the rights to mine Europe's largest gold deposit, located under the ancient mountain town of Rosia Montana. Soon after, the deposits were floated on the Canadian Stock Exchange, listed under Timis' firm, Gabriel Resources, a newly created mining company registered in the tax haven of Jersey, with no previous mining experience and a bank balance of close to zero.

Now, 18 years later, a near continuous rise in the price of gold has driven the value of the deposits under Rosia Montana up by 400 percent to over $20 billion, and the constant issuing of shares from Gabriel Resources has drawn in nearly a billion dollars to the project.

Restructured and rebranded as the Rosia Montana Gold Corporation (RMGC), the company has launched the biggest PR campaign Romania has ever seen. It also bought up most of the town of Rosia Montana and the four surrounding mountains, all of which would have to be flattened to make way for the open-cast mine, funded multiple NGO's, museums and a high-profile documentary to support their cause.

Yet the mine remains unopened. The company is unable to get past public opposition that has mobilized tens of thousands across the country, and a legal system that deems the project unlawful on three counts -- under environmental law, international mining laws and the Aarhus convention for transparency in decision-making.

But all of this is set to be overridden. At the end of August, Prime Minister Victor Ponta signed a proposed law that would annul all of the legal barriers standing in the way of the Rosia Montana project and get the mine underway by the beginning of next year. The law, currently waiting on a parliamentary vote, would give the company extraordinary powers. The hundred or so villagers who have refused to sell their homes in Rosia Montana would be forcefully expropriated, escorted by RMGC's private security firm and compensated at a rate set by the company. The government would then be mandated to issue all necessary permits for construction and exploitation on set terms drawn up by the company, allowing the project to begin well before the new law could be challenged in the European Court of Justice. Once passed, the law would also apply to all new mining projects in the country -- which sparks fears that, given the mineral richness of the Transylvania region, extend far beyond Rosia Montana.

A Protest Movement Is Born

Three days after the law was proposed, thousands of people took to the streets in opposition. In the weeks since, the protests have grown and spread, with each successive Sunday bringing activists to the streets of cities increasingly far removed from the hills of Transylvania. The demonstrations are held in cities as far flung as Budapest, Berlin, London, Washington, Singapore. This weekend, protests are set to be larger still and, the organizers believe, they will keep growing "until something gives and our demands are recognized."

The scale of the protests reflects the size of the environmental risks involved. Using outdated techniques, 13,000 tons of cyanide are to be pumped into the mine each year. This is over 130 times the amount used in the Romanian Baie Mare gold mine at the time of the catastrophic cyanide spill in 2000, Europe's worst environmental catastrophe since Chernobyl. Nevertheless, the extent of the opposition has surprised everyone, from the protest's organizers to government officials and, crucially, Gabriel Resources' shareholders, who have been selling off in droves, causing the company's stock price to crash.

But the significance of the case extends far beyond Rosia Montana. Ramona Duminicioiu, a constant figure in the Save Rosia Montana movement for over a decade, sees it as part of a process that links movements as diverse as the Occupy protests in America to this year's uprisings across Europe, from Bulgaria to Turkey, Greece and other countries. "This is a case of our elected government putting corporate interests over public priorities and then blocking any democratic process of opposition through legal measures," she says. "It resonates far beyond Romania as this is a crisis of global capitalism and impotent governments."

The actions of the Romanian government over the last fortnight certainly suggest a political powerlessness in the face of the proceedings. After the first protests, President Traian Basescu, always an avid supporter of the mine, came out condemning it on environmental grounds, stating that it should not go ahead given that the majority of Romanians are opposed to it. Soon after, Prime Minister Victor Ponta announced an emergency procedure that would, he claimed, stop the project once and for all.

Then, as Gabriel Resources' shares plummeted, the company threatened to sue. They claim that if members of parliament vote against the project they will "commence litigation for multiple breaches of international investment treaties for up to $4 billion." Ponta's emergency procedure was soon abandoned and a new committee was created that seems to allow the law to bypass both the Senate and Chamber of Deputies and be put directly to vote in parliament. However, with the new committee apparently unburdened by regular transparency regulations and the government unavailable to comment, the situation as it stands is unclear.

Whatever happens, the Romanian government is unlikely to survive the coming months in its present form. Calls for the removal of the Ponta-led Social Liberal Union (USL) coalition, brought into power largely on the back of promises that they would stop the Rosia Montana project, are increasingly dominating the protests in Bucharest. Meanwhile, the coalition is visibly shaky, one minute declaring unity in its approach to the mine and the next publicly threatening to split over the issue.

But the stuttering rhetoric of party politics has always felt more like a comic interlude than the main plot line in the story of Rosia Montana. For over a decade and a half, the Romanian government has swung back and forth on the issue but never been able to make any final decision.

"We still don't know the exact nature of the original contract signed between the government and Gabriel (Resources)," says Duminicioiu, "but as it is clear that the vast majority of Romanians oppose the mine. If the project goes ahead, it must be stronger than democracy."

What happens then? "We keep fighting, until we have a government that can represent its people," she says.