He wanted to depict the tragedy and "the whole suffering" of rape victims. But now Jerzy Bohdan Szumczyk is facing up to two years in prison. Prosecutors have launched an investigation into a possible charge of inciting racial or national hatred against the 26-year-old artist, even though his concrete sculpture was only in place for one night. It was erected without permission in the northern port city of Gdansk next to a Soviet tank, a communist-era memorial to Red Army soldiers who liberated the city from Nazi forces in 1945.

The reason for the heated reaction is the theme of Szumczyk's life-sized sculpture: It shows a soldier -- identifiable as Russian by his helmet -- kneeling between the legs of a heavily pregnant woman lying on the ground. He is holding her hair in his left hand as he puts a pistol into her mouth with his right. The title of the piece, "Komm, Frau," is a German phrase meaning "Come, woman."

Police removed the sculpture just a few hours later -- but the deed had already been done. According to the English-language Moscow Times, Russia's ambassador in Warsaw, Alexander Alexeyev, said he was "deeply outraged" and that Szumczyk had "defiled by his pseudo-art the memory of 600,000 Soviet servicemen who gave their lives in the fight for the freedom and the independence of Poland." Alexeyev also called for an "appropriate reaction" from Polish authorities.

The incident has stirred up much controversy in the media and on Internet forums. One person wrote that the sculpture is not an insult to Russian soldiers, but a silent scream of the victim. Others emphasized that sexual violence had occurred on all sides, and not just in World War II.

Journalist Marek Gorlikowski also spoke out critically in a commentary for the Polish daily Gazeta Wyborcza, writing: "Such a monument is absolutely not the way to commemorate the victims of rape." A proper memorial should be established, he added, perhaps at the Museum of World War II in Gdansk, but such nighttime happenings do not do them justice.

Soviet soldiers' rape of women was especially frequent in the last months of the war, although exact figures are unknown. In Gdansk, the victims were largely made up of German women as well as Russians and Poles who had been Nazi prisoners. Before the war, the free city of Gdansk -- or Danzig, in German -- had a mostly German population. In Russia, discussing the crimes of the Red Army during World War II has remained largely taboo. 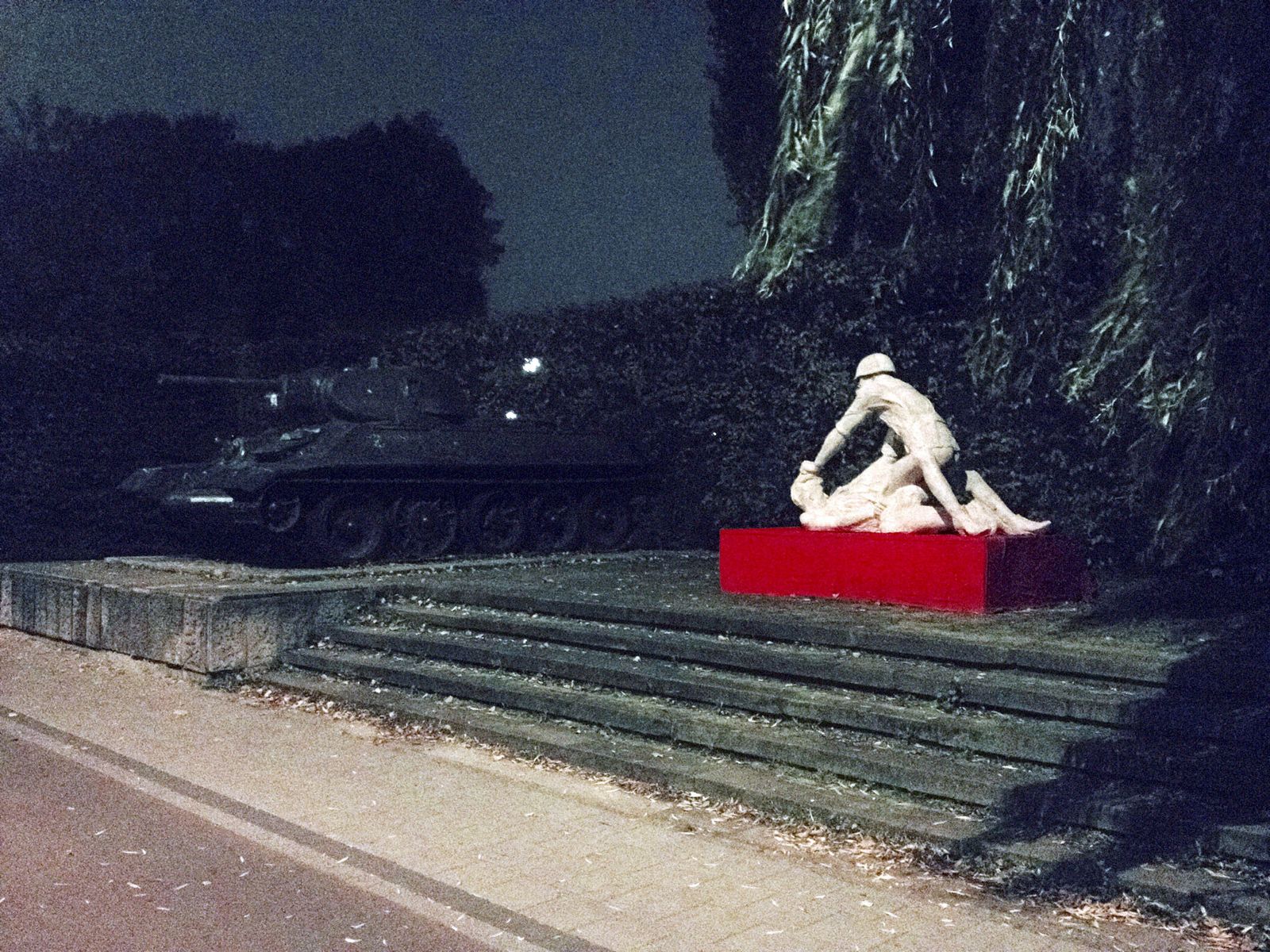 The controversial sculpture alongside the Soviet tank in Gdansk, Poland.