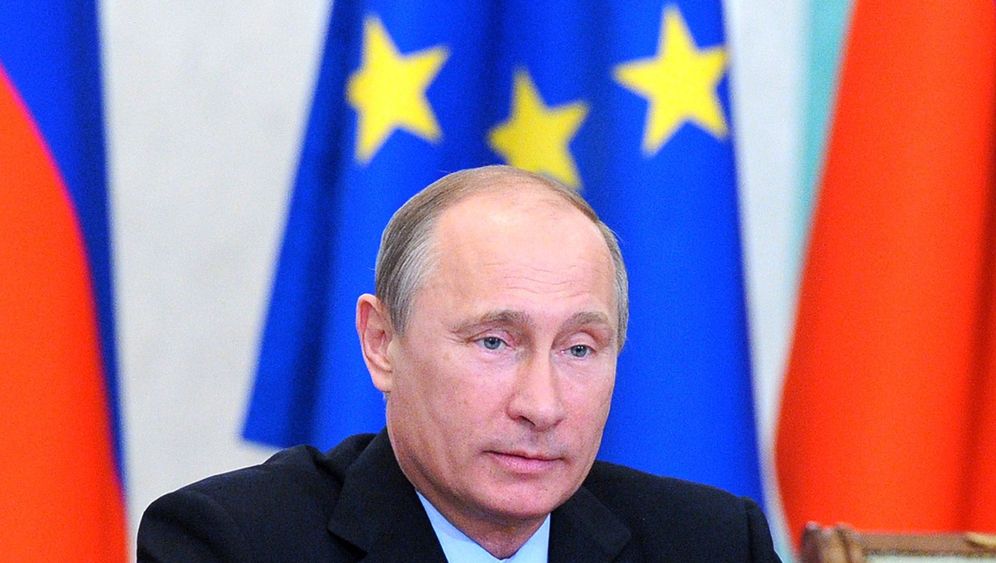 SPIEGEL: Mr. Guriev, why did you flee to France?

Guriev: I was under pressure for months. My wife had already predicted this development three years ago, despite the political thaw under then-President and current Prime Minister Dmitry Medvedev. She didn't want our children to grow up in a country without freedom, so she decided to move to Paris. I, on the other hand, was still hopeful.

SPIEGEL: At the time, you were part of a small group of people who shaped Medvedev's economic policy. When did you decide to flee?

Guriev: The turning point came in late April, when investigators turned up at my office with a search warrant and seized all of my email correspondence since 2008 -- 45 gigabytes. The same mistakes, in terms of names and spelling, were made on both the court order and the documents the investigators presented. In other words, the court in question simply copied the investigators' documents, with their absurd accusations, and will continue to do so in the future. I felt that it was too dangerous for me to stay.

SPIEGEL: What were you afraid of?

Guriev: That I would be barred from leaving Russia and, in a next step, that I would be arrested. I am a patriot, and I love my country. But I am not willing to give up my freedom. Paris is better than Krasnokamensk.

SPIEGEL: That's the Siberian city near the Chinese border where oil magnate Mikhail Khodorkovsky was held in a prison camp for many years. You are now accused of having been paid by Khodorkovsky to prepare an expert report that recommends his release.

Guriev: That's ridiculous. In 2003, Moscow's New Economic School (NES) received $50,000 (€37,500) from a partner of Khodorkovsky's. I didn't receive a single kopek of that money. I was a visiting professor at Princeton University at the time, and only a year later did I become the rector at NES. Besides, I prepared the expert report in 2011 for then-President Medvedev, together with colleagues.

SPIEGEL: One of them was Otto Luchterhandt, a German legal scholar.

Guriev: He, at least, hasn't had a visit from Moscow yet. Russia is now refusing entry to one of the foreign experts.

SPIEGEL: How is the New Economic School funded?

Guriev: We are a private university. We derive our funding from tuition and donations from Russia and abroad.

SPIEGEL: Of course the Kremlin doesn't like that. Are you disappointed that Medvedev couldn't or wouldn't protect you?

Guriev: I prefer not to comment on that. He's in a difficult situation. No one seems to mention the modernization he promised anymore. (President) Vladimir Putin decides everything.

SPIEGEL: Sergey Markov, a political scientist with ties to the Kremlin, has practically accused you of treason because of your ideas on the privatization of state-owned companies, which Medvedev took up, and he has described you as the intellectual center of the opposition to Putin. Do you intend to overthrow Putin?

Guriev: Of course not. I'm an academic, not a politician.

SPIEGEL: Are we correct to assume that the reason the Kremlin has targeted you is not as much your sympathy for Mikhail Khodorkovsky as your support for opposition leader Alexei Navalny, who is currently on trial?

Guriev: Navalny merely gave a talk at our university. Neither he nor other members of the opposition have ever received so much as a kopek from our university.

SPIEGEL: But you donated money privately to Navalny?

Guriev: Yes. It's not forbidden. The equivalent of €250, together with my wife. I'm not a wealthy man. I was trying to send a message that I support Navalny's anti-corruption campaign. Only 16 people dared to do so publicly, including financial magnate Alexander Lebedev. He and most of the others have run into problems.

SPIEGEL: Does Navalny have what it takes to be president?

Guriev: What impresses me is that he isn't afraid. He is prepared to fight to the end and go to prison for his convictions. I'm not willing to do that. Navalny is by far the most impressive of all of the opposition politicians. That's precisely why they are now trying to launch a show trial against him, which could put him behind bars for a few years, even though the accusations are baseless. I'm not sure who would win if there were free elections and Putin and Navalny had to debate each other on television. But Putin has never participated in such debates.

SPIEGEL: Navalny has no experience whatsoever in political office. He sympathizes with nationalists, and when he demands that Putin and his team be thrown in prison, he is flatly provoking a harsh reaction from the Kremlin.

Guriev: I don't like this furor. I don't agree with him on other issues, either. I don't like the fact that he wants to introduce a progressive tax, or that he used to march at the very front during the nationalists' "Russian march." We've had intense arguments about that. Navalny has changed his position and didn't attend the nationalists' march last year. Like every politician, he is evolving.

SPIEGEL: Three days after Putin's re-election in March 2012, you said that the president clearly knows the difference between the fates of Italy's former Prime Minister Silvio Berlusconi and former Libyan dictator Moammar Gadhafi. What did you mean by that?

Guriev: Berlusconi was voted out of office and is enjoying life. But Gadhafi held onto power for so long that a revolution ended up flushing him away and he was killed.

Guriev: The problem isn't Putin or Medvedev. It's the policies Putin has pursued since his return to the Kremlin. I still like many of his campaign promises, his programmatic articles and his initial decrees. For example, shortly after he took office there was talk of moving Russia up the ladder in a rating of countries based on business-friendly policies. But because that isn't happening, capital flight is on the rise, and Russian stocks are significantly undervalued compared to Brazilian or Polish stocks. Investors don't have confidence in Russia.

SPIEGEL: Does the Kremlin have a general plan to neutralize everyone who doesn't agree with Putin?

Guriev: Some think so. Because Putin supports Prime Minister Medvedev, there is no pressure on Medvedev himself. But Medvedev stepped on many toes in the four years of his presidency. It's quite possible that some of the attacks on his projects and his followers are really just a way to indirectly take revenge on him.

SPIEGEL: How much longer will Medvedev be able to survive politically?

Guriev: That depends entirely on Putin. It's certainly strange to hear Medvedev, as head of the government, saying that this government will step down sooner or later.

SPIEGEL: Why does Putin, after an election victory in which he officially captured 63.6 percent of the vote, need to crack down on his opponents?

Guriev: Evidently he himself doesn't believe in this support. Putin is afraid of the public's growing dissatisfaction. This leads to a paradoxical situation: Even though the elections are over, Putin is still fighting the opposition by constantly enacting new, repressive laws.

SPIEGEL: We have noticed there is also growing dissatisfaction with Putin within the Moscow power elite.

Guriev: Many top people were dismayed, for example, over the law that bars Americans from adopting Russian orphans. It was revenge for a US law that bars entry to the United States for Russian officials implicated in human rights violations. In Russia, the women of Pussy Riot are sent to prison camps for two years for their act of protest in a church, and then a law is passed against gay propaganda, which only fuels homophobia. Under these conditions, how are senior government officials supposed to attract foreign investment?

SPIEGEL: Critics of your economic policy want less privatization and more government spending on roads and ports and for social purposes. They accuse you of making the case for "irresponsible" capitalism.

Guriev: I'm also in favor of better roads and good infrastructure. And I'm delighted that we are hosting the World Cup in 2018 and the Winter Olympics next year. I'm just opposed to massive amounts of taxpayer money being stolen in the process. When money from the national budget is indiscriminately pumped into the economy and social services, inflation rises and then economic growth declines. Russia would be threatened with a recession and, in the worst case, the fate of the Soviet Union: collapse.

SPIEGEL: How could corruption be contained?

Guriev: Russia needs reforms that will make our country more democratic: free and fair elections, freedom of the press, freedom to demonstrate and new parties.

SPIEGEL: Medvedev wanted to make it easier to establish new parties with one of the last bills he signed into law…

Guriev: …which has just been completely watered down. The Justice Ministry suspended the registration of the People's Alliance party, for example, which is aligned with Navalny.

SPIEGEL: One of the investigators who searched your office said that you should be thankful that you are not suffering the fate of Soviet Nobel Peace Prize winner and nuclear physicist Andrei Sakharov, who was banished to the Volga region for years. Does this threat feel like a compliment to you?

Guriev: I'm not a dissident. I don't need scandals and I'm not seeking a political career. I lost a great deal as a result of my flight. I like Paris, but I don't speak French. Still, I'll manage.