Investors in Europe are so worried about the euro crisis and so desperate to find a safe haven for their cash that they decided to forego an interest rate, and even paid a premium, for the privilege of lending Germany money on Monday.

The auction of six-month German government bills on Monday produced a negative interest rate. Even the Federal Finance Agency, which manages Germany's debt, was astonished. "That has never happened before," said a spokesman.

The average rate amounted to minus 0.01 percent. The auction generated €3.9 billion ($4.9 billion). Demand for the securities was so high that the sale was 1.8 times oversubscribed.

In December, Germany had managed to place paper at a tiny interest rate of 0.001 percent in an auction that was 3.8 times oversubscribed. Germany isn't the first country to receive a premium from investors. Denmark too was recently able to auction bonds for which the government will have to pay back less than it borrowed.

Countries like Germany and Denmark are regarded as reliable debtors. By contrast, high-debt nations like Greece, Spain and Italy have to pay far higher interest rates because investors have less confidence in ther ability to repay their debts.

Figures from the European Central Bank show the depth of distrust plaguing financial markets at the moment. Banks are parking funds with the ECB even though they are getting virtually no interest on those deposits.

The more banks distrust each other, the more money they park with the ECB rather than lend to each other -- the deposits are a measure of fear in the banking system. Banks deposited €463.6 billion at the ECB over the weekend, more than ever before.

The crisis has returned with a vengeance after a brief respite over Christmas, with investors trading the euro down to below $1.27, its weakest level since September 2010, on fears that Greece won't be able to restructure its finances in time to qualify for international aid and to avert a credit default.

German Chancellor Angela Merkel and French President Nicolas Sarkozy, however, insisted after a bilateral meeting on Mondaythat the euro rescue is on track. 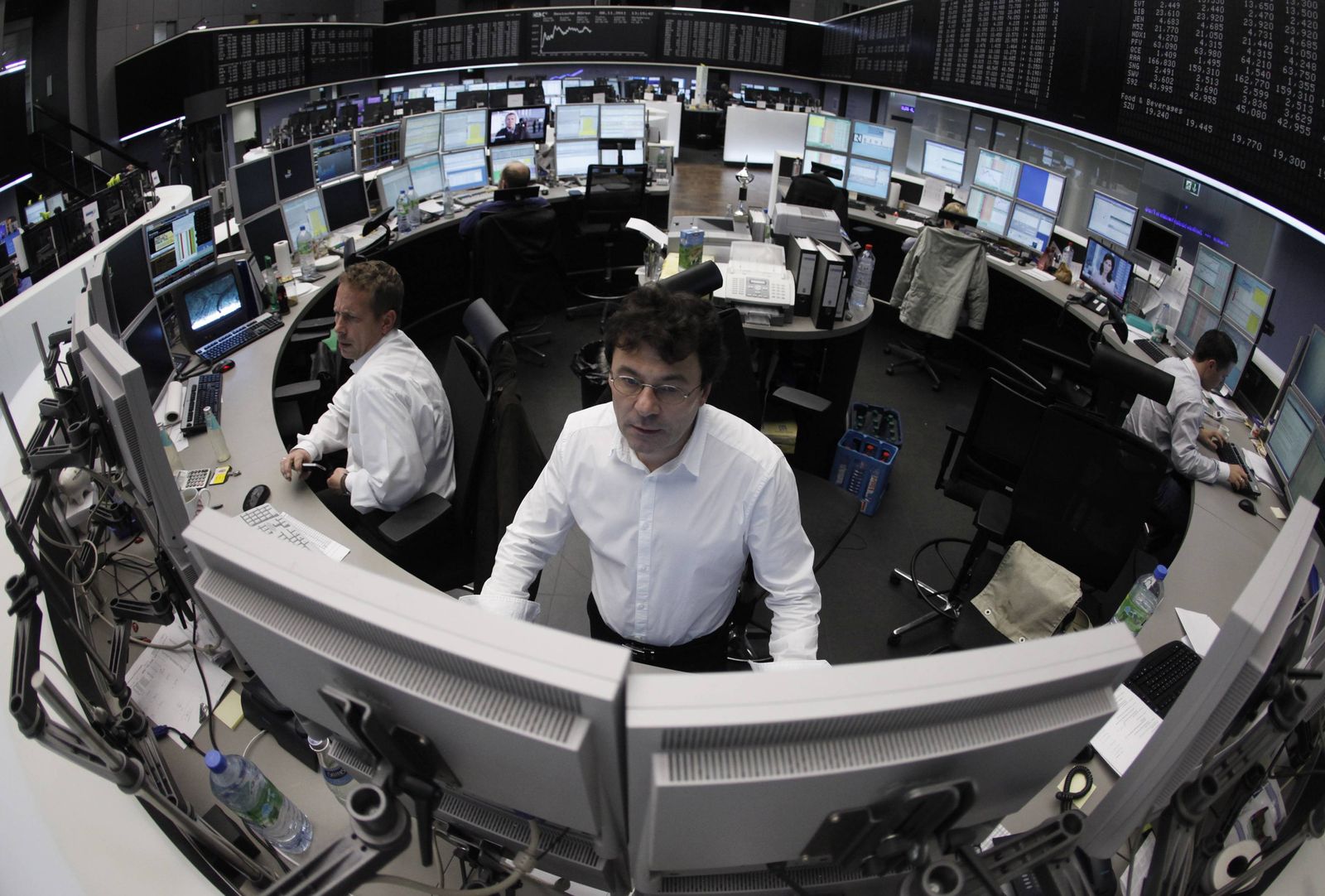 Traders at the Frankfurt Stock Exchange: Investors are opting for safety rather than yield.