The organizers of the World Economic Forum had obviously not expected this much interest. They had closed off the back third of the conference hall at Davos with five-meter high partitions. At 10:55 a.m. on Thursday, the staff then quickly created a bit more room. They were just in time, as French President Nicolas Sarkozy was about to take to the stage.

Yet the space was still distinctly less thronged than the previous evening for the speech by Russian President Dmitry Medvedev. He chose to present himself as a friendly democrat and convinced advocate of a better world.

"Improving the state of the world," that was the motto of the forum which Sarkozy was to address. In 2011 he will serve as president three times over: Of France, of the G-8 and of the G-20, leader therefore of the world's eight most industrialized nations and the 20 most-important economies on Earth.

During a press conference earlier this week at the Élysée Palace he had already declared himself a resolute fighter against global speculation. The ambient was solemn, the words measured. However, with all due respect to la grande nation, that was only on the national stage.

Davos was something different. On the day before his 55th birthday Sarkozy traveled 1,560 meters (5,118 feet) up into the Swiss mountains, to present his vision of the world to a global public. The audience at Davos is a select one: 2,500 members of the global elite, drawn from business, politics and academia. The only requirement for taking part is membership of this elite.

And Sarkozy presented himself as a global guide and clear thinker. The leader from Paris didn't resort to grimaces and hectic gestures, opting instead for clarity of speech. His tone was thoughtful, his content was purposeful -- as he presented his to-do list for the world.

And so that everyone would realize just how important 2011 was going to be, Sarkozy began by warning against the belief that the rapid economic recovery of last year meant that everything could go back to how it was before the economic crisis. The idea that things could continue as before was "a dangerous vision for the world." The problems, after all, are immense -- despite all the relief that the world economy appeared to be out of the woods.

Sarkozy sketched out the three big risks for 2011:

When it comes to searching for a solution to global problems, Sarkozy wants to see "a pragmatic concentration on the facts." The world needs new ideas and not old ideologies, he said. France would, therefore, try to bring together the interests of all the states, within the context of the G-20, which after all combined represent 85 percent of the world's economic output. At the same time the relatively new organization cannot become yet another talking shop. "A G-20 that does not take decisions is a G-20 that will become illegitimate," Sarkozy said.

It would seem that Sarkozy is afraid that this is what will happen. Meetings without anything achieved. He therefore dramatically warned: "We cannot allow ourselves to ignore the really important questions."

He also made clear what he considers ignorance when it comes to global security. The reform of the United Nations has been discussed for eternity. "We are 11 years into the 21st century, yet we are still functioning with the rules of the 20th century." Although 1 billion people live in Africa, it doesn't have a seat on the Security Council, Sarkozy pointed out. And India, the country that will soon be the most populous in the world, is also not represented.

Sarkozy also wants to see the global currency system updated. At the moment each country acts in its own interests. "No one can be reproached for this, because there is nowhere that the currency issues can be addressed." He was not more concrete but he once again made it clear that the issue is important to him.

And since he was on the topic of currencies, Sarkozy became truly passionate about the troubled European common currency, the euro. "Mrs. Merkel and I will never, never allow the euro to fail. Never will we allow the euro to be destroyed." And as for his favorite enemies, the global speculators, he had a sort of Davos message: "Those who want to bet against the euro, I say: 'Careful, we are determined to defend the euro."

'The Euro Is Europe'

The euro is so important that Europe will use all means to defend it, he said. "The euro is Europe. Germany and France have known three barbaric wars. Now Europe is the most stable continent in the world," he said.

Last year, Sarkozy opened the forum -- and addressed the role of politics and the economy in his speech. "We are all responsible for the crisis," he said, adding that "our vision of the world" had to be corrected. Sarkozy described the worst recession in decades -- the rapid end of which no one would have predicted a year ago -- as a "crisis of globalization."

His appearance this year will also be remembered. Politicians rarely make speeches at Davos that are this clear. However, French journalists are already betting that he won't be here next year. In 2012 he will only be French president, and one who will be facing an election in the spring. In France, the free market and capitalism are almost dirty words and the World Economic Forum is thus regarded critically.

Sarkozy, therefore, probably wants to dispel the impression that he is sharing a platform with the capitalists. And this year no one can really accuse him of that. 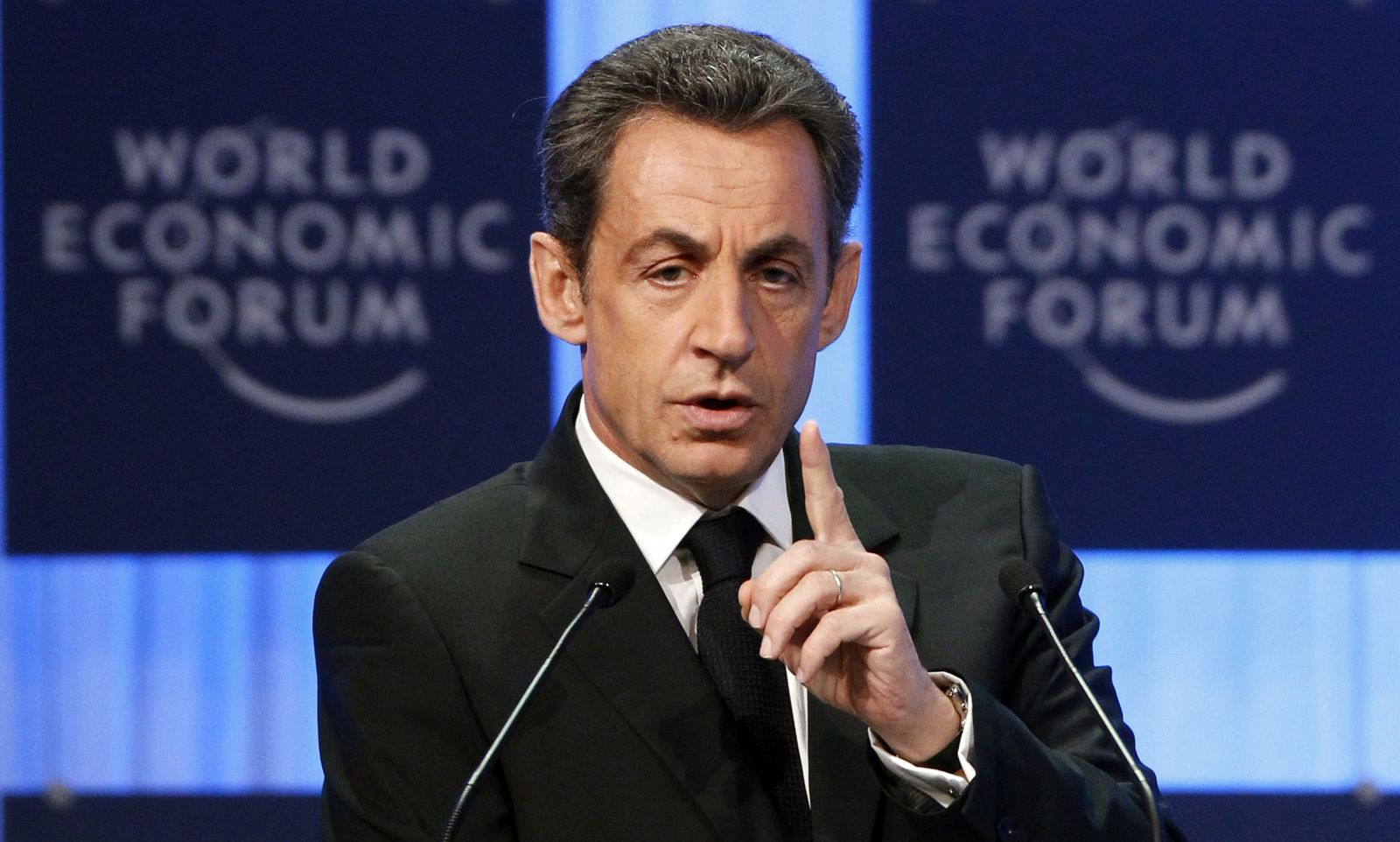