Nicolas Sarkozy seems to be living proof that politics is an unhealthy profession. One year after he was voted out of office, the former French president was looking better than ever as he put in an appearance at the Montreal Convention Center last Thursday. Well tanned and full of energy, he stood grinning with his feet planted wide apart -- no comparison with the gray-faced and exhausted man who lost last year's French presidential election.

It had been a long time since he last spoke in public. After his defeat at the hands of Socialist Party challenger François Hollande, Sarkozy dropped out of public view. He granted no interviews and gave no speeches. Even his appearance in Canada was closed to the general public. Security guards posted at the entrance chased away journalists and photographers. The roughly 800 individuals attending the event had paid the equivalent of between €170 and €600 ($220 and $780) to hear Sarkozy as part of a series of presentations organized by a Canadian telecommunications company.

The audience consisted of Canadian business leaders, and the occasional Sarkozy fan, who were sitting at elegantly laid-out tables in a large hall with dimmed lights. They were also served dinner: a salad, oversalted duck drumsticks and a dry piece of cake.

In North American fashion, Sarkozy was introduced as "the 23rd president of the French Republic." "I will try to avoid doing two things today," he said after he approached the lectern amid thunderous applause: "Interfering in Canadian politics -- and engaging in French politics." He made a long pause for dramatic effect and grinned: "Although it's not as if I have no desire to do so."

Just a few minutes before Sarkozy stepped up to the microphone, the wire services were abuzz with breaking news: The French jobless total hit an all-time high of 3.22 million people last month.

As former President Sarkozy was being received like a statesman in the French-speaking province of Quebec, everything seemed to be going downhill for President François Hollande in Paris, some 5,400 kilometers (3,350 miles) to the east. The economy is sliding into recession, while the left is accusing Hollande of not being left-wing enough.

To make matters worse, the right is unrelentingly demonstrating against his most important legislative project to date, the same-sex marriage law. A French version of the American Tea Party movement is currently emerging -- one that combines anti-gay sentiment with the feeling that the left has no legitimate claim to power.

It looks as if Hollande is losing his grip on the entire country. A research institute recently reported that, after only one year of leadership, he is the most unpopular French president of the Fifth Republic, with only a 21 percent approval rating. Another survey showed that Sarkozy would win if he ran against Hollande today.

No wonder Sarkozy seemed so pleased. "Yes, there's life after politics," he told the audience. "In all honesty, I feel good. And when I look at those who succeeded me, I even feel very good."

Speaking abroad, Sarkozy styles himself as the defender of Europe and the euro. "If the euro implodes, the EU will explode," he says. "So we have no choice," he warns, "without the European Union, there would be war again in Europe."

The master of ceremonies was Michael Fortier, a Canadian banker and former conservative minister of international trade. Hollande has introduced gay marriage, he said, adding that this surprised many people in Canada: Didn't they do this a long time ago in France?

"France is a country with Christian roots," Sarkozy responded. "When you fly over the country," he said, "you see churches and cathedrals everywhere." This explains the current conflict, he contended. "And during an economic crisis, a president has to be very careful not to divide the country."

Sarkozy's entire appearance was a commentary on his successor -- even if he never mentioned Hollande by name. It began when Sarkozy praised at length the fine example given by Barack Obama and George W. Bush when they met at the White House following the US presidential election. This was clearly a criticism of Hollande, who didn't even accompany him to his car during the transfer of power at Elysée Palace. The criticism continued with the question of how to best handle China, and the comment that government spending naturally has to be reduced.

But many things were left unsaid: For instance, that Sarkozy is under investigation for alleged illegal election campaign financing. And Sarkozy completely avoided the question that is on everyone's mind: Will he run again for president in 2017? The divided conservatives currently have no alternative candidate.

That afternoon, Sarkozy flew to New York to meet with United Nations Secretary-General Ban Ki-moon. The Frenchman is currently on many guest lists, and the longer he remains silent, the more popular he becomes back home in France.

"It's not the politics that I love," he admits. "I have often been bored during those endless meetings where nothing is decided. What I love is taking action."

It would appear that time is on his side. 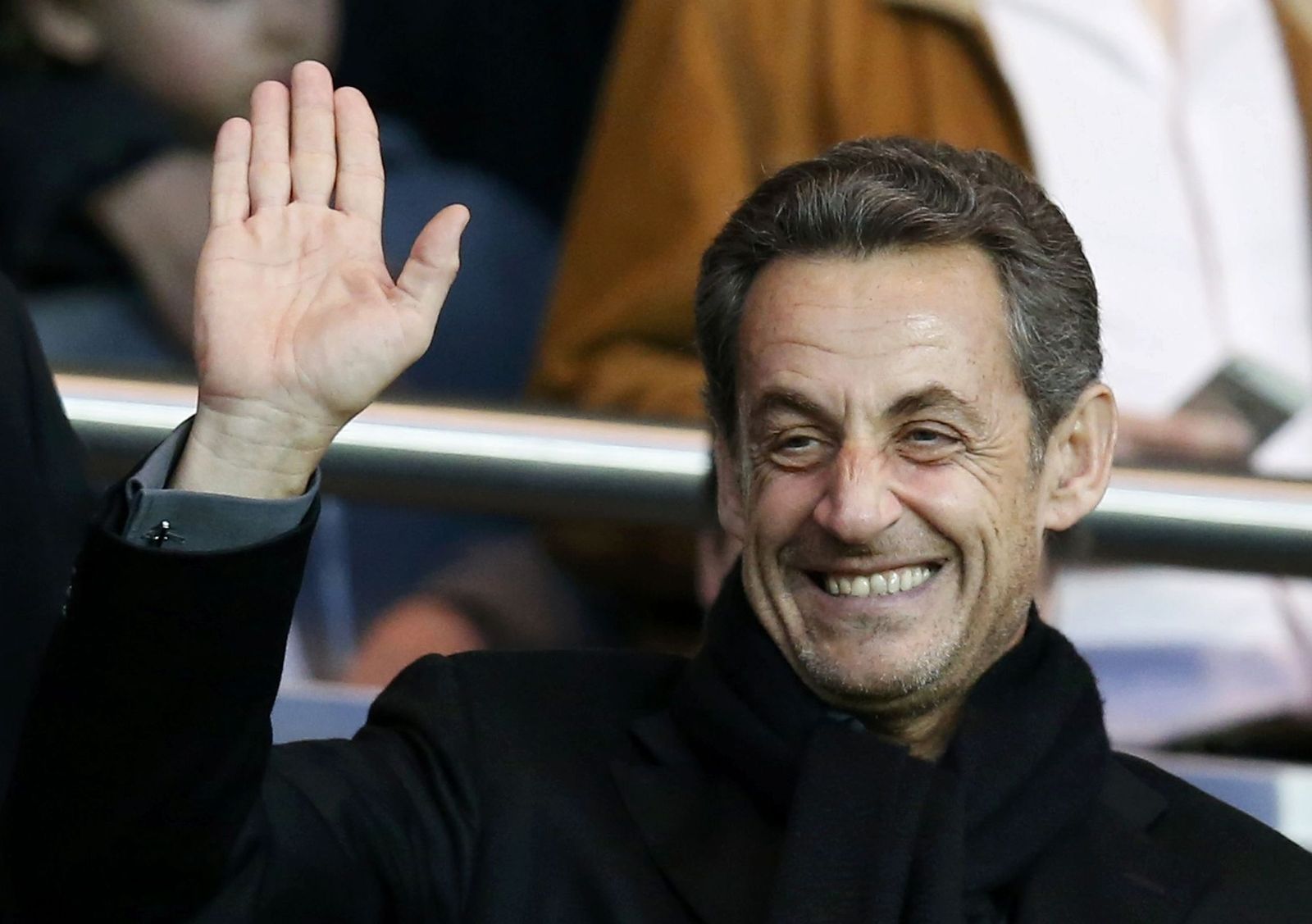 "A president has to be very careful not to divide the country," says former French President Nicolas Sarkozy.