When Angela Merkel appeared in Brussels on Thursday evening for a briefing with journalists, she first set her purse on her lap and rummaged around in it for a long while.

Was it intentional? The handbag has been a political symbol ever since Margaret Thatcher, the former British prime minister. So Merkel's gesture, whether by design or coincidence, summed up 2010 -- the year when she flirted with the image of the "Iron Chancellor."

Merkel was still playing the role of Europe's chief skeptic at this EU summit. But under pressure from her, the 27 EU heads of state and government decided to amend the Lisbon Treaty to establish a permanent rescue mechanism for the euro zone. She insisted on the word "indispensable" in the treaty text -- an EU nation would be saved in the future only if its fiscal rescue was deemed "indispensable" for the whole euro area.

The wording leaves wide room for interpretation, and will in reality probably turn out to be completely irrelevant. But it's typical of the German pleas and objections that have annoyed the rest of the EU for most of the year.

Putting on the Brakes

Merkel wants to prove to voters at home that she represents German interests; she hopes to keep German-funded rescue operations to a minimum. This has not gained her much love in Brussels. The usual complaint this year has been that Germany isn't leading in the euro crisis; it's applying the brake.

Merkel is also under attack at home. Many Germans feel she's not braking hard enough, but letting leaders in Brussels cheat the German government. And it's true that she's had to abandon or dilute many of her positions. German recommendations -- like a withdrawal of voting rights from euro-zone governments that run irresponsible debts -- have proved unenforceable. At this week's summit, Merkel's argument that private creditors should have to share the losses in the event of a default in the euro zone was only partially accepted. Now private creditors won't automatically be at risk if a government declares bankruptcy -- their exposure will be determined on a "case by case" basis.

Merkel may look back on this year with mixed feelings. At first she resisted the idea of bailing out other countries -- namely Greece -- and referred over and over to a prohibition on such assistance in the Lisbon Treaty. But as the crisis escalated, her resistance crumbled.

Now, ironically, she's one of the architects of the permanent rescue mechanism written into the treaty -- due to replace a temporary €750 billion protection fund after 2013. Political resistance to the plan, in Germany, is mainly restricted to members of the market-friendly Free Democrats (FDP), who govern in coalition with Merkel's conservatives in Berlin. European Commission President José Manuel Barroso therefore held a personal meeting in Brussels with the German foreign minister, Guido Westerwelle, who leads the FDP.

In the end, said Barroso, it was "a good day for Europe." Merkel cast the permanent rescue mechanism as a clear expression of increasing solidarity within the EU. "This is another step in the direction of economic government," she said.

The new mechanism will have no upper limit. The main message is: We'll do everything necessary to save the euro. This position isn't new; in fact, EU leaders have said nothing else since February. But with two new sentences describing the crisis mechanism in Article 136 of the Lisbon Treaty, it will now be enshrined in EU policy.

The crisis mechanism is the crowning result of a year that started with an admission by Athens that Greece's budget deficit hovered closer to 14 percent than the 4 percent reported by the previous government. As a result, EU governments fell to the mercy of finance markets. This hasn't changed: The latest credit downgrades of Ireland and Spain by ratings agencies suggest that the euro crisis hasn't ended, and this week's increase in the European Central Bank's capital reserves is a reminder of the risks that remain.

Merkel doesn't like bowing to financial markets. When she mentions "the markets," you can hear a measure of derision. She prefers not to hold her tongue, even if her remarks cause interest rates to rise on certain government bonds.

The debate over securing the euro will continue into 2011. Other instruments to combat the crisis are under discussion. Luxembourg Prime Minister Jean-Claude Juncker mentioned euro bonds -- debt issued on behalf of the entire euro zone -- at a working dinner in Brussels. But his hint changed little. Merkel categorically rejects the bonds. She considers the idea to be poorly thought through. But it wouldn't be the first time she changed her opinion during the euro crisis. She also hasn't distinguished herself in Brussels with new ideas of her own -- which leaves the impression among some EU leaders that the head of Europe's largest country is not exactly leading the way.

Now the EU's leaders will have to sell the new crisis mechanism to their own electorates. The new mechanism is supposed to take effect in January 2013, and a lot can go wrong between now and then. The amendment to the Lisbon Treaty will have to be ratified by 27 parliaments, after all.

Equally important is the effort to harmonize economic policy within the euro zone. EU leaders hope to address this topic in 2011. "Next year, we will discuss how the common interests of our economic policies, particularly in the euro zone, can be represented more clearly, and also how they can also be coordinated," Chancellor Merkel said in her closing press conference. She referred to "different speeds" within Europe and mentioned the stability of budgets and comparisons of social welfare systems as ways in which policies could be harmonized.

French President Nicolas Sarkozy announced that he would meet with Merkel in the first weeks of 2011 with new proposals to increase the euro zone's competitiveness.

But no quick progress is expected in tax policy. National preferences for taxes are too variable. During deliberations at the summit, Merkel mentioned Ireland's low corporate tax rate. But she quickly had to recognize that low corporate taxes belonged to the Irish identity -- "like the speed limit in Germany," she said, referring to the lack of a top speed on the country's autobahns. 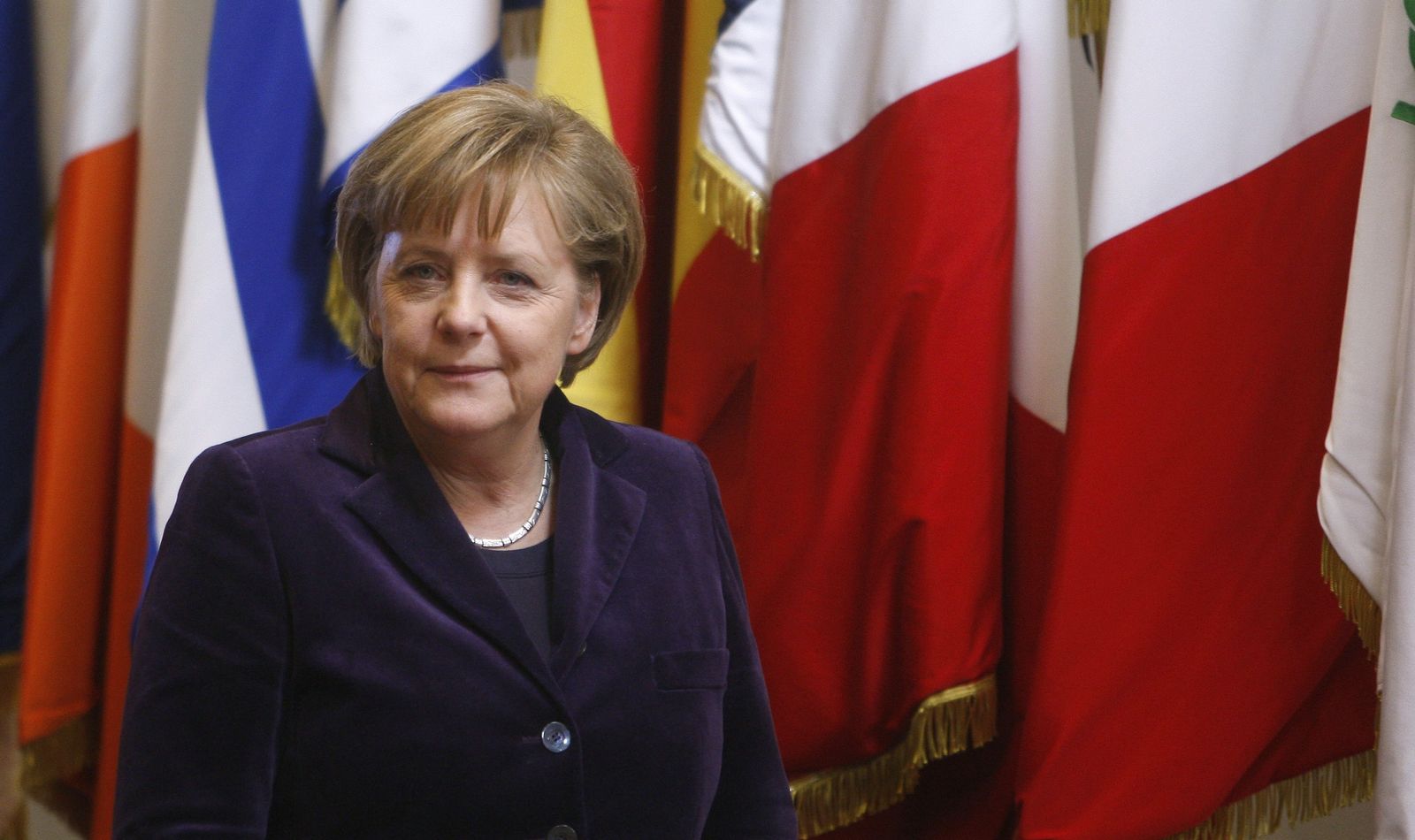 German Chancellor Angela Merkel after the summit in Brussels.