Wolfgang Schäuble knows that the quiet on the markets over the past few weeks has been deceptive and that the euro crisis could erupt again soon. After all, doubts remain about whether Greece can remain in the currency union in the long term. If it triggers a chain reaction, the entire euro project could collapse. In addition, the willingness of many euro-zone member states to eliminate the design defects of the common currency appears to be diminishing.

Cash-strapped Greeks, fatigued Europeans -- Germany now wants to solve both problems for the long term. "There will be no state bankruptcy in Greece," Schäuble said in a speech in Singapore on Sunday. He also wants to give a new boost to the reform impetus for restructuring the euro zone. "We now need to go a major step in the direction of a fiscal union that will go beyond the proposals made so far," Schäuble said on Monday night during his flight back to Berlin.

The finance minister, a passionate advocate of deeper European integration, has said he wants to concentrate on a small number of far-reaching reforms:

In principle, there is nothing new about these ideas. What is new, though, is that one of the most influential politicians in Europe has cherry-picked concrete measures from the complex reform suggestions for the currency zone and strung them together as his own reform package.

Schäuble's proposals may play a role as soon as this week's EU summit in Brussels on Thursday and Friday. Their implementation would require changes to the European treaties -- a process the finance minister would like to begin as soon as possible. Schäuble would like to convene an EU convention by the end of the year in which members of the European and national parliaments would work on a draft that would then have to be ratified by the 27 member states. Even if the process proceeded under the most optimal of conditions, it would still likely take one-and-a-half years before the changes could become law. However, it is more realistic that the changes would then go into effect at the beginning of 2015 at the earliest.

That, of course, assumes that Britain, which is not a member of the euro zone and which often opposes steps towards closer European integration, will play along. If it doesn't, it won't be possible to change the EU treaties. Euro zone governments would have to come up with a separate treaty as they recently did with the fiscal pact. It wouldn't be an optimal solution, but it wouldn't be acceptable.

The British should not underestimate Schäuble's determination to solve the euro crisis. Chancellor Angela Merkel backs the proposals even though Schäuble admits: "The chancellor is still a little more cautious than me." He added with a smile: "That's also why she is a little more successful than me." 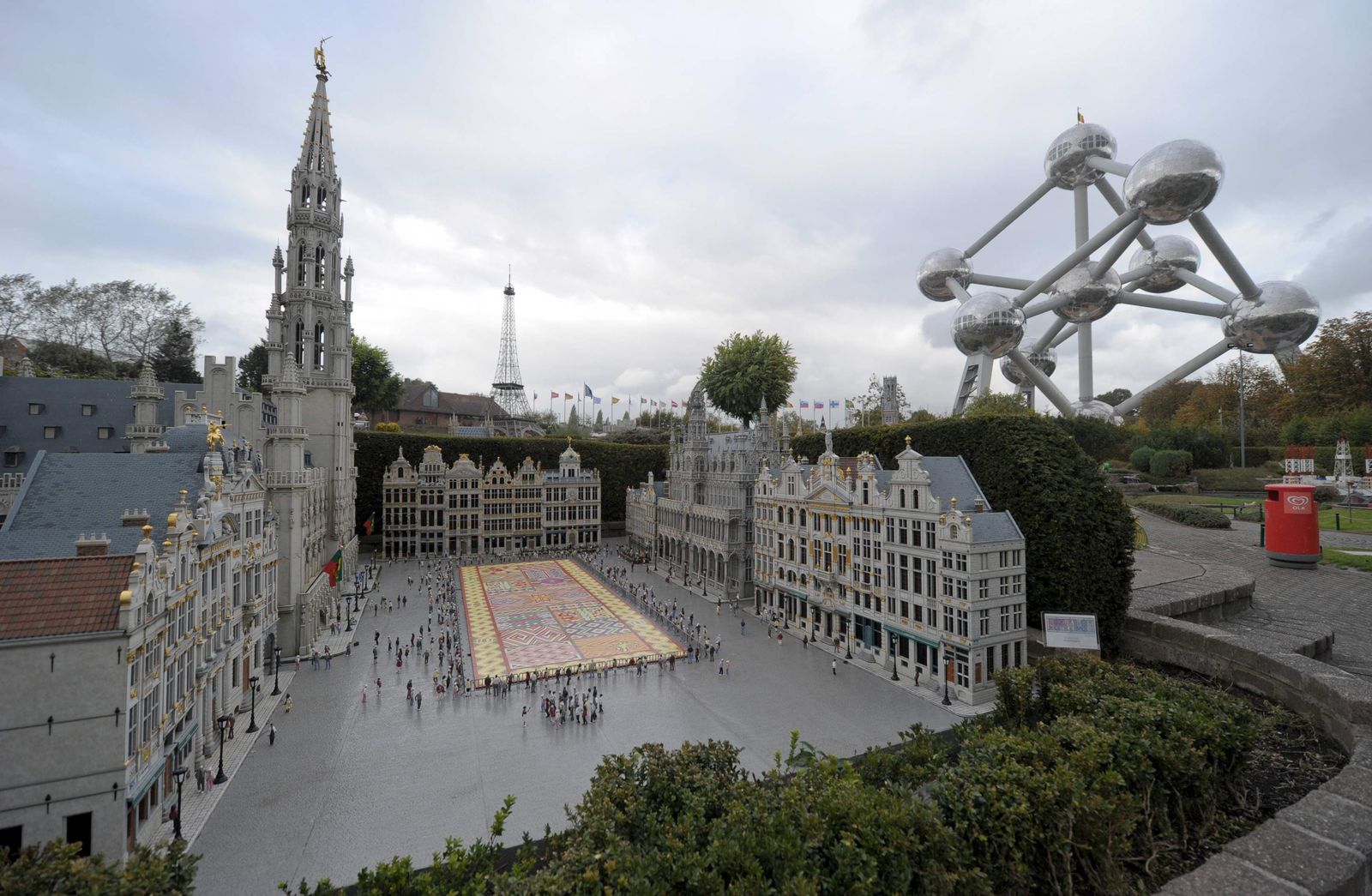 A miniature reproduction of Brussels' Grand Place can be seen at the Mini-Europe park.