One of the unexpected outcomes of the Arab Spring in North Africa has been a debate within the European Union about the Schengen zone of passport-free travel. A number of countries, worried about an influx of refugees from Tunisia and Libya, have called for a reform of Schengen rules to make it easier to reimpose border controls.

But now the EU feels Denmark has gone too far with its unilateral decision Wednesday to tighten frontier checks. The European Commission has demanded an explanation from the Danish government for its plans to reintroduce permanent controls on its national borders with Germany and Sweden.

The European Commission "will not accept" any challenge to the principle of freedom of movement of goods and people in the European Union, Commission spokeswoman Pia Ahrenkilde Hansen -- herself from Denmark -- told the news agency AFP. A spokesman for the European Commissioner for Home Affairs Cecilia Malmström said that "unilateral" actions by member countries should be avoided.

On Wednesday, Denmark announced plans to set up customs booths at land border crossings, harbors and airports. The border controls are supposed to be introduced within two to three weeks.

"Over the past few years we have seen an increase in trans-border crime, and this is designed to curb the problem," said Finance Minister Claus Hjort Frederiksen, who insisted the controls were compatible with Schengen rules.

The move came in response to pressure from the right-wing populist Danish People's Party (DPP), which had been stalling on approving the government's 2020 economic plan. Prime Minister Lars Lokke Rasmussen's center-right minority government relies on the DPP to pass legislation in parliament. Rasmussen's government agreed on the move Wednesday together with Pia Kjærsgaard, the head of the DPP.

"Permanent controls" will soon be reintroduced at a number of Danish-German border crossings, including the main one at Padborg near the city of Flensburg. The facilities at the Danish-German border will include "new electronic equipment and number-plate identifiers," Hjort Frederiksen said.

In recent weeks, Kjærsgaard had called for efforts to halt "criminals" from Eastern Europe and economic migrants who were trying to enter the country illegally.

Kjærsgaard made it clear that German holidaymakers traveling to the Danish coast would not be targeted. "Most will be waved through with a friendly smile," she said.

Currently, Schengen countries are only allowed to reintroduce border controls on a temporary basis if there is a "serious threat" to public order or internal security, such as preventing hooligans from traveling to sporting events.

Martin Schulz, a German politician who is chairman of the Socialist Group in the European Parliament, accused the Danish government of populism. A possible refugee problem in North Africa can not be solved at the German-Danish border, Schulz told the Berlin daily Tagesspiegel, saying that there was no security threat that would justify reintroducing border controls. In separate comments to the regional radio station HR-Info, Schulz said it was unacceptable for "any government to suspend the basic freedoms of European citizens so quickly."

EU interior ministers are meeting in Brussels on Thursday to discuss possible reforms to the Schengen rules. The Danish initiative is sure to be a key issue on the agenda.

Speaking ahead of the meeting, German Interior Minister Hans-Peter Friedrich also reiterated his demand for more flexible rules on border controls. "It should be possible in the future to be able to respond flexibly to exceptional migration pressure," Friedrich told the newspaper Die Welt, referring to the influx of migrants from North Africa. According to Friedrich, it should be possible to have "temporary border controls which are adapted to the situation."

Commissioner Malmström has also proposed making it easier to temporarily reintroduce border controls within the Schengen area, if there is a sudden influx of refugees or if a country is unable to control the EU's external border. France in particular has called for such a move.

Italian Prime Minister Silvio Berlusconi and French President Nicolas Sarkozy recently signed a joint letter to the EU to demand that the Schengen agreement be amended to take into consideration "exceptional" situations such as the current influx of immigrants from North Africa. That initiative came after weeks of squabbling between the two countries. France had sharply criticized Italy for issuing temporary residency permits to around 20,000 Tunisian migrants who came to Italy following the overthrow of dictator Zine El Abidine Ben Ali in mid-January.

The Schengen agreement was originally signed in 1985 in the Luxembourg town of that name and went into effect in 1995. A total of 22 EU members are currently part of the system, as are Norway, Switzerland and Iceland. Britain and Ireland are not, however, members. 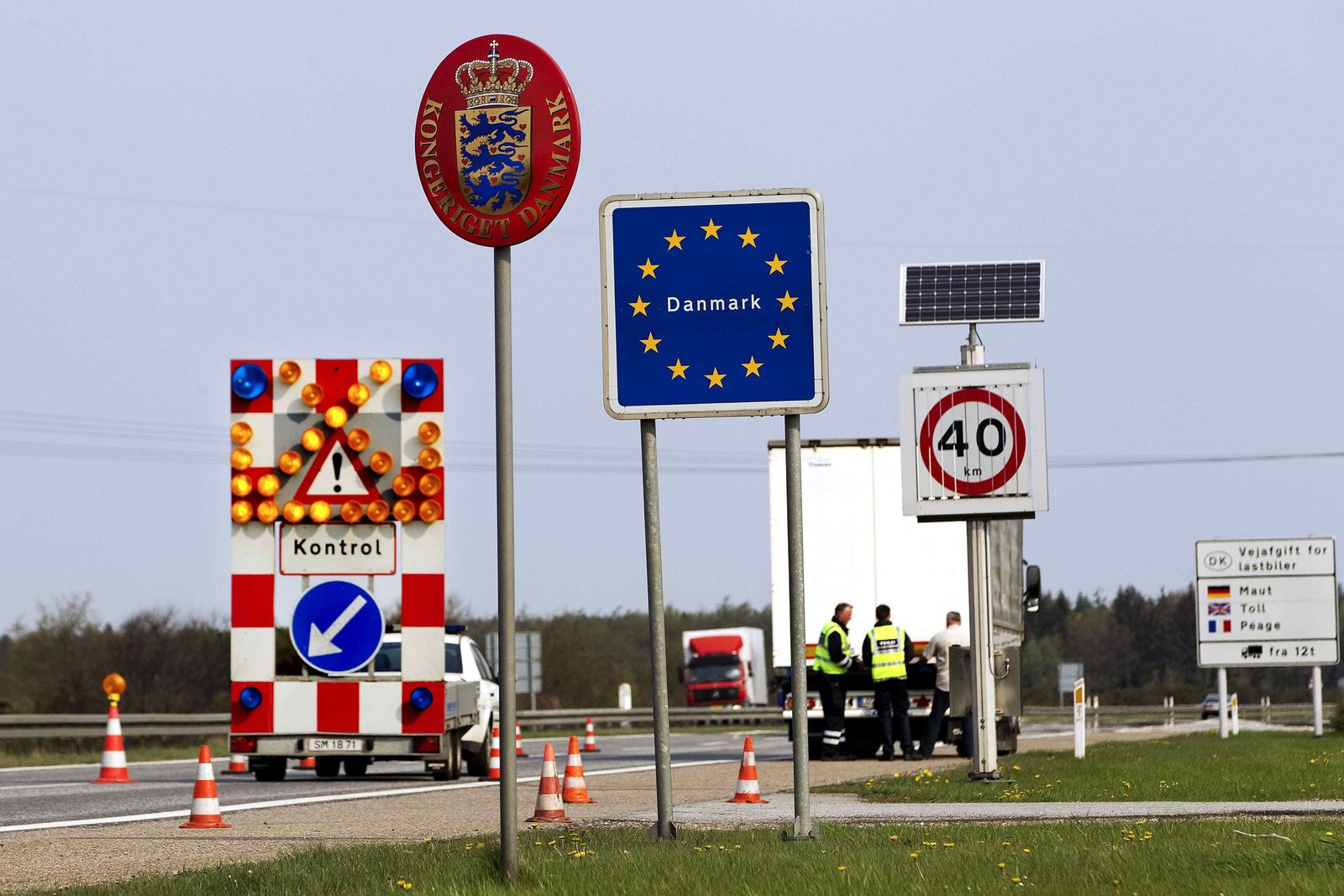