Metal, wood or fuels are the source of our prosperity -- but the supply of some of these is faltering. Geologists have long warned that certain natural resources are becoming scarce and that they are not being extracted in sufficient quantities. As a result, businesses face the threat of serious shortfalls in production. Some German companies are already facing problems relating to the supply of rare earths, which are used in high-tech appliances. "A supply crisis has begun," says geologist Harald Elsner of Germany's Federal Institution for Geological Sciences and Raw Materials (BGR).

To ensure that the supply of raw metals continues uninterrupted, European Union experts have spent years working on a new strategy. In two weeks' time, Antonio Tajani, the European commissioner for industry and entrepreneurship, will present the paper -- titled the "Raw Materials Initiative" -- to the European Parliament.

The draft EU strategy for raw materials, which SPIEGEL ONLINE has obtained, includes the following measures:

"Forthcoming negotiations" with suppliers of raw materials from South America, India and Canada will proceed, and dialogue with other suppliers, such as China, Mongolia, Russia, Kazakhstan, Belarus or Azerbaijan should also continue, the paper says.

The paper says the EU plans to encourage a "win-win situation" when it comes to dealing with African nations. "Many developing countries -- especially in Africa -- have often not been able to translate their resource wealth into sustainable growth," it says. The new EU raw materials strategy is intended to help African nations achieve growth while simultaneously assuring the security of Europe's supply of raw materials.

Despite the fact that the new EU strategy paper has not even been published yet, there has already been criticism. "The most important things are missing from this paper," Bütikofer notes. Those include "a concentrated effort aimed at resource efficiency, as well as the more economical use of natural resources," he says. Japan, for one, has made this a priority and embedded it in their raw materials strategy, he says.

Bütikofer says that the EU strategy also contains few instruments to help deal with the current shortage of metals used in high-tech appliances, the so-called rare earths. In 2009, China was responsible for the extraction of nearly all of these rare earths. The EU now wants to buy more from Africa, although up until now African nations have made these more expensive through high tariffs.

The EU has reacted to such tariffs with increasing annoyance. Observers consider recent comments made by Karel De Gucht, the European commissioner for trade, to be a warning to raw materials suppliers. During an interview in Brussels, De Gucht said that the EU would take a tougher stance on barriers to trade in the future. But Bütikofer is also critical of this aspect of the new approach, saying he is unconvinced by the "strong focus of the new EU strategy on raw materials from Africa, along with these threatening noises."

The European Commission expects that economic growth in China, India and Brazil will lead to significantly increased demand for raw materials. The EU strategy paper notes that the manufacture of high-tech products will see demand for some metals rise 20-fold over the next 20 years. The European Commission has identified 14 "critical metals" whose demand could triple by 2030, and which are only extracted in a few countries. The following metals could face supply problems: antimony, beryllium, cobalt, fluorite, gallium, germanium, graphite, indium, magnesium, niobium, platinum group metals, rare earths, tantalum and tungsten.

In the meantime, several European countries, including Spain, Greece, Romania and Sweden, as well as other nations, including the US, Canada and Australia, have started new extraction activities. Their reaction is late, however: The raw materials crisis in Europe has worsened because many companies had scaled back their mining as a result of the economic crisis.

Mining in the West would only partially alleviate the shortage problem in any case, says geologist Peter Buchholz of the BGR, who warns of "explosive shortfalls."

The new EU strategy is intended to mitigate this crisis. Every five years, the European Commission wants to identify "critical raw materials" for which a special strategy should be developed. 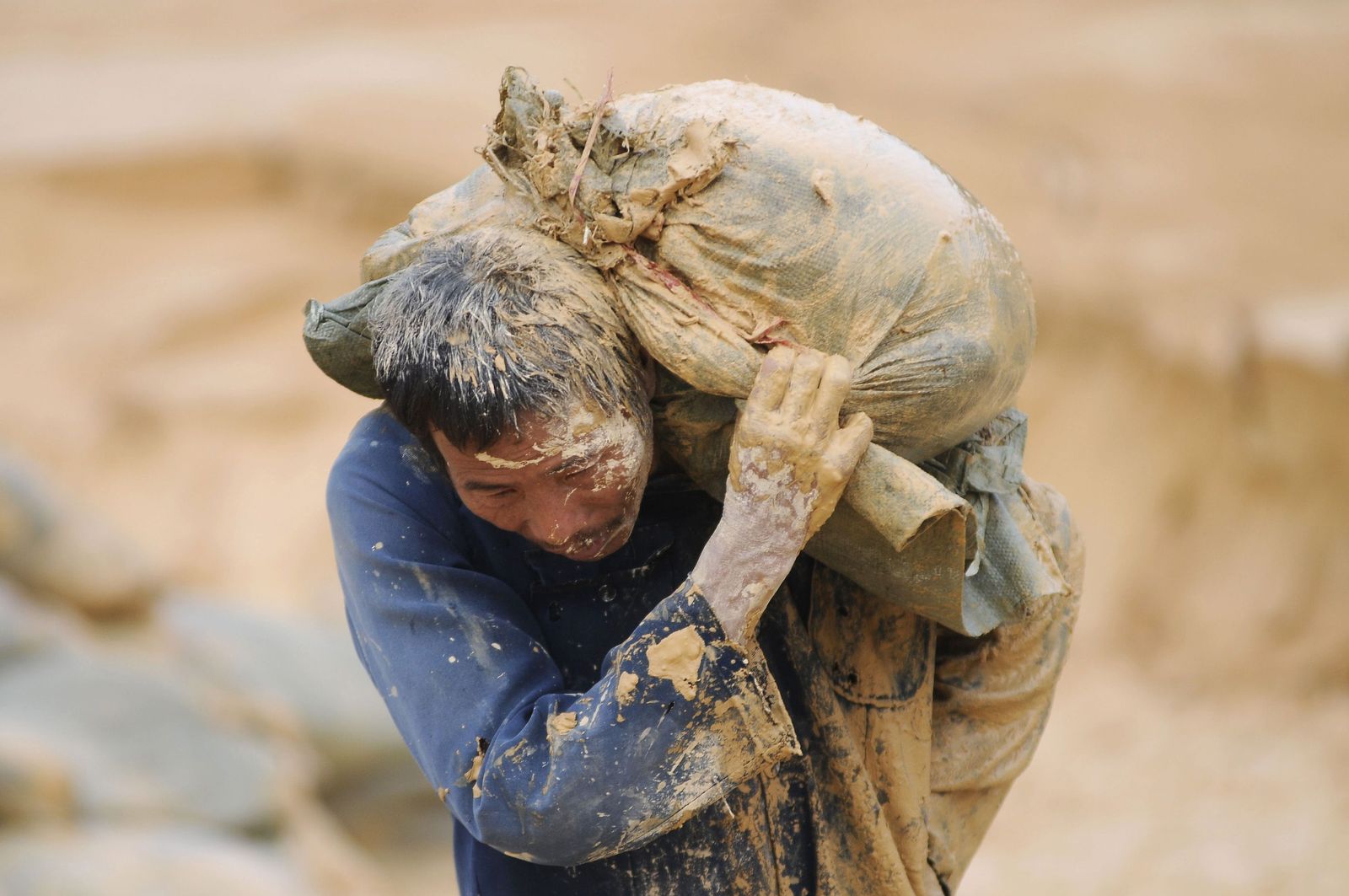 A Chinese laborer at a rare earth mine: A new EU strategy hopes to combat shortages of certain key natural resources.