The coalition parties that make up the outgoing Slovak government reached an agreement with the most important opposition party on Wednesday to ratify the expansion of the euro bailout fund, the European Financial Stability Facility (EFSF).

Three parties in the ruling coalition struck a deal with Robert Fico's Smer party the day after the government lost a confidence vote it had called in an attempt to push through ratification of the fund increase, seen as crucial to help contain the debt crisis.

The parliament will ratify the measure by Friday at the latest, Fico was reported as saying. Slovakia, whose 5.4 million people make up less than 2 percent of the euro zone's population, is the only member not to have ratified the plan.

In return for his support, Fico is reported to have secured agreement from the other parties to hold a new election in March. "Slovakia will ratify the EU rescue fund without problems," Fico said after negotiations with three of the four coalition parties on Wednesday.

Smer supports the EFSF but refused to back it on Tuesday because it wanted to topple the government. Prime Minister Iveta Radicova's cabinet will remain in office in a caretaker function until a new administration is formed. The next opportunity for the parliament to vote on the EFSF expansion is Thursday afternoon.

Slovakia's rejection shook world markets and rattled investors' nerves by highlighting the sluggish nature of decision-making at a time when the crisis is worsening.

In Brussels, the presidents of the European Commission and the European Council issued a joint statement urging Slovakia to ratify the measure quickly.

"We call upon all parties in the Slovak Parliament to rise above the positioning of short-term politics, and seize the next occasion to ensure a swift adoption of the new agreement," Commission President Jose Manuel Barroso and Council President Herman Van Rompuy said.

Meanwhile, Reuters reported on Wednesday that EU officials were considering a Greek debt cut of 30 to 50 percent for private sector creditors, significantly higher than the 21 percent envisaged in talks so far for a second bailout package for Greece.

Greek Prime Minister George Papandreou indirectly confirmed his government was in talks about a debt cut. "We are negotiating in every way to lighten this debt. This is the big negotiation and this is where the big problem lies," Papandreou told a cabinet meeting on Wednesday. 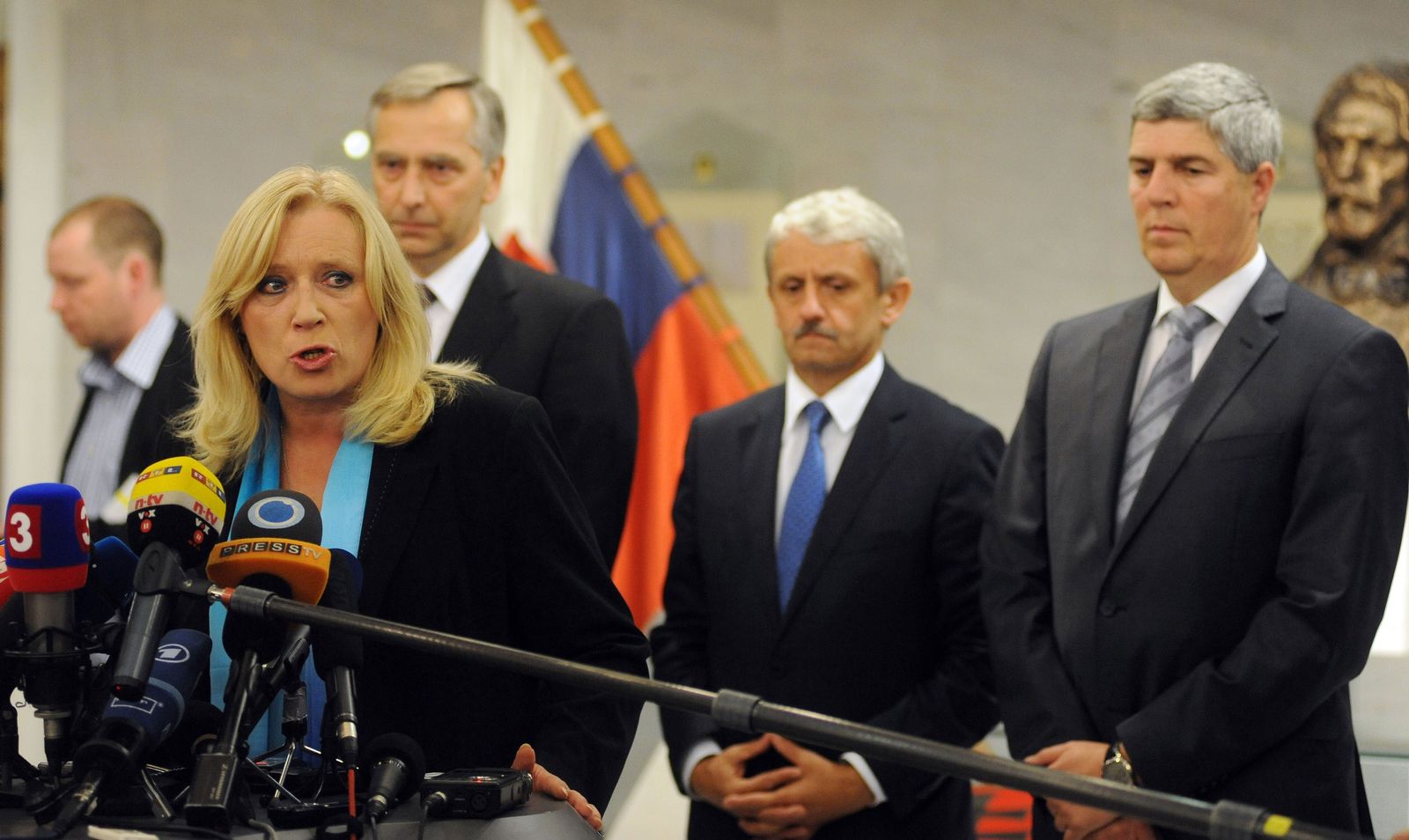 Slovak Prime Minister Iveta Radicova (L) has reached an agreement with the main opposition party to back the euro rescue measure.