At first, there was a volley of praise and recognition directed at the security forces who had participated in the raid in Toulouse. At an improvised press conference not far from the stormed apartment of Mohamed Merah, French Interior Minister Claude Guéant lauded "the professionalism and the selflessness" of the men of RAID, the elite special operations tactical unit of the National Police, who he claimed had been surprised by Merah's "intense reaction" and were mourning the fact that two of their members had been wounded in the raid.

French President Nicolas Sarkozy added his applause for the dedication of the police, legal officials and the interior minister with a patriotic allusion to "our Muslim countrymen, who have no ties to the crazed motivations of a terrorist." At the same time, Sarkozy announced a series of criminal consequences "against those individuals who regularly access websites on which terror is excused or that invoke hatred and violence." 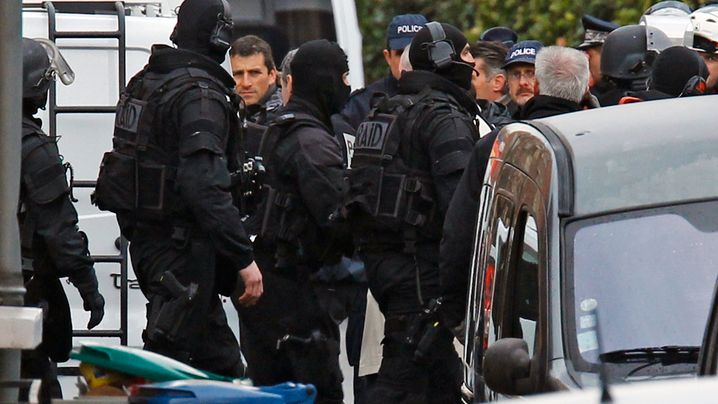 Sarkozy also assured his listeners that people who go abroad and "participate in ideological indoctrination that leads to terror" will be prosecuted, and he exhorted his "dear countrymen" to stand together in unity after this ordeal.

The appeal is necessary because -- just four weeks before the first round of voting in the presidential election -- the praise for the security forces has also already been joined by the first questions about possible failures on the part of security and intelligence agencies.

Francois Bayrou, a candidate for the centrist Democratic Movement (Modem) party, said he was shocked by the fact that Merah had been able to obtain dozens of firearms without having aroused the suspicions of officials. Marine Le Pen, the leader of the far-right Front National party, has openly criticized what she sees as the government's failures in combating Islamic fundamentalists, a danger she has vociferously branded as "green fascism."

Even French Foreign Minister Alain Juppé has acknowledged that there had been "a discussion of possible weaknesses" before quickly adding that he had no knowledge of such instances of negligence.

Merah was shot to death by sharpshooters after his ground-floor apartment was stormed and he tried to escape via the balcony. While the circumstances surrounding his death hardly give rise to any disputes, the debate is now focused on the work of domestic investigators before his apartment was surrounded and raided. Indeed, Merah was no stranger to officials. His name was already known by the DCRI, France's domestic intelligence agency, after regional officials listed him as one of half a dozen individuals with Islamist sympathies who were known for their proximity to jihadist organizations.

The young man of Algerian descent had grown up in one of the so-called "sensitive suburbs" of Toulouse. He had already drawn the attention of law-enforcement and court officials after having committed more than a dozen minor offenses -- including acts of violence, theft and attempted robbery -- that had landed the trained auto-body repairman in jail on several occasions.

It appears that it was the stints in jail that led the petty criminal to radical Islamic Salafism. "He was radicalized during his time in jail," leading French Prosecutor François Molins said, adding that prison time itself wasn't necessarily what drove Merah to radicalization.

Two times, Merah was rejected when he sought to join the army and the French Foreign Legion. And three years ago, Merah traveled to the border region between Afghanistan and Pakistan for the first time -- on his own dime.

There, at camps set up by armed groups in Waziristan, he sought to forge ties to the al-Qaida terrorist network to train to become a mujahedeen -- but it appears he rejected the idea of being deployed as a suicide bomber. It is also possible that Merah may have even taken part in fighting with Taliban guerrillas. The army arrested Merah during a routine patrol in Afghanistan in 2010 and he was deported back to France by United States forces. The Wall Street Journal even reported that Merah had been placed on the US no-fly list because he had been in custody in Afghanistan. Merah's career as a jihadist came to an end a year later after he contracted Hepatitis A.

Back in Toulouse, Merah's exotic travel destinations raised the attention of local security services. The young man was called in for questioning several times, but each time Merah appears to have dispelled officials' concerns. "In November 2011, he was ordered to appear at the regional office of the DCRI (France's domestic intelligence agency) to explain what he had done in Afghanistan and Pakistan," French Interior Minister Guéant said on Wednesday. "He informed them that he had gone as a tourist and produced photos as evidence."

It appears the banal explanation was sufficient enough to convince the interrogation experts that Merah was harmless. A complaint by a mother, who claimed that Merah had locked her son into his apartment and forced him to watch violent videos showing the bloody decapitation scenes of apparent "infidels," also apparently failed to raise red flags. And tips from Spanish intelligence service colleagues that Merah allegedly attended a meeting of Salafists in Catalonia in 2011 somehow weren't enough to trigger further independent investigation by French officials.

More perplexing yet is the fact that a man who has been described by prosecutors as an "atypical, self-radicalized Salafist," had comprehensive contacts to the fundamentalist scene in Toulouse. By 2008 at the latest, according to police documents cited in reporting by the French daily Le Monde, Merah and his brother Abedelkabir had already been linked to a group of future jihadists in their home town and in the Ariège region. After the arrest of the "Toulouse Group" in 2008, Merah even visited one of his former buddies in jail.

'He Had Been Monitored for Several Years'

It was only after the first murder of a sergeant in Montauban on March 11 the Merah came up on the investigators' radar. The IP address of a computer located in his mother's home was recorded when Merah expressed interest in the motorcycle offered by the paratrooper. But a total of 576 IP addresses had been collected.

It took six days until the experts had matched up a full list of names with those IP addresses. "It was an unusual amount of time for a procedure that would usually take between a few minutes and a maximum of 48 hours," the French online news site Owni reported, citing the security service responsible. "It took some time to process this list," prosecutor Molins said on Thursday.

During the first comparison of data with the domestic security agency's files, the suspect slipped through the dragnet created by criminal investigators because the IP address was registered under his mother's name.

After the second attack on two soldiers in Montauban, the DCRI domestic intelligence agency created a list of possible suspects, and Merah was among them. "He had been monitored by the DCRI and its agents in Toulouse for several years," Interior Minister Guéant confirmed.

Despite these insights, it was only after the third deadly attack on the Jewish school in Toulouse that investigators were able to get on Merah's trail through his mother's computer.

But why did it take so long? There had already been evidence of conversations between Merah and his victim after the mobile phone of the first soldier he killed was secured. In the end, it was a tip given by a motorcycle dealer that helped to decisively locate the perpetrator.

After a customer had come into his shop asking how to deactivate the electronic chip installed in scooters to prevent theft, a Toyota dealer contacted police. The customer had been Merah's brother Abdelkader. That information, taken together with the IP address of their mother, enabled police to identify the killer.

Could the security officials have prevented the attack on the Jewish school by acting sooner? "I don't think so," French Defense Minister Gérard Longuet told the radio station RTL, "unless we want to turn France into a police state." 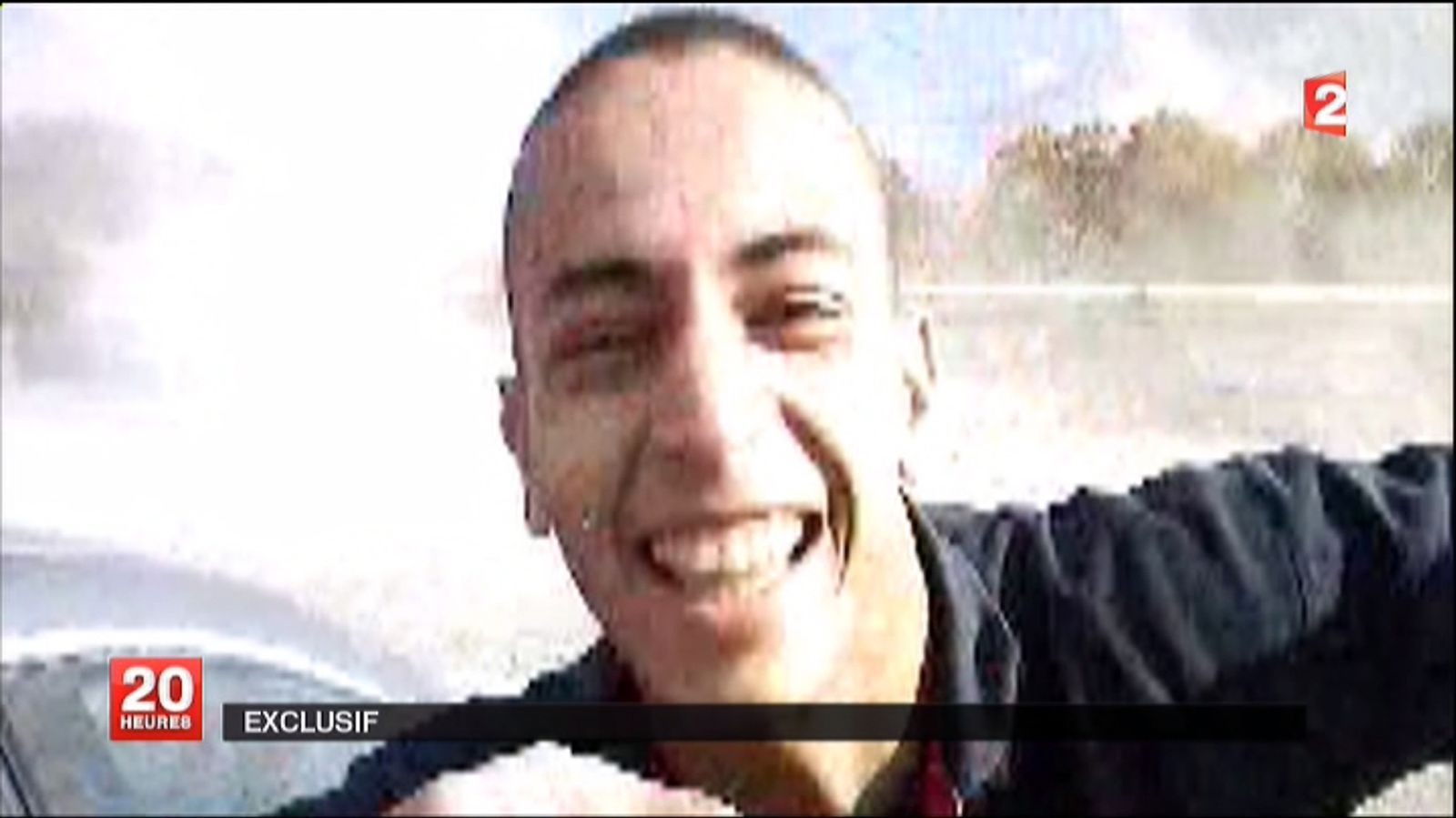 Mohammed Merah claimed responsibility for the killing of three soldiers last week, as well as four other people, including three children at a Jewish school in Toulouse on Monday.