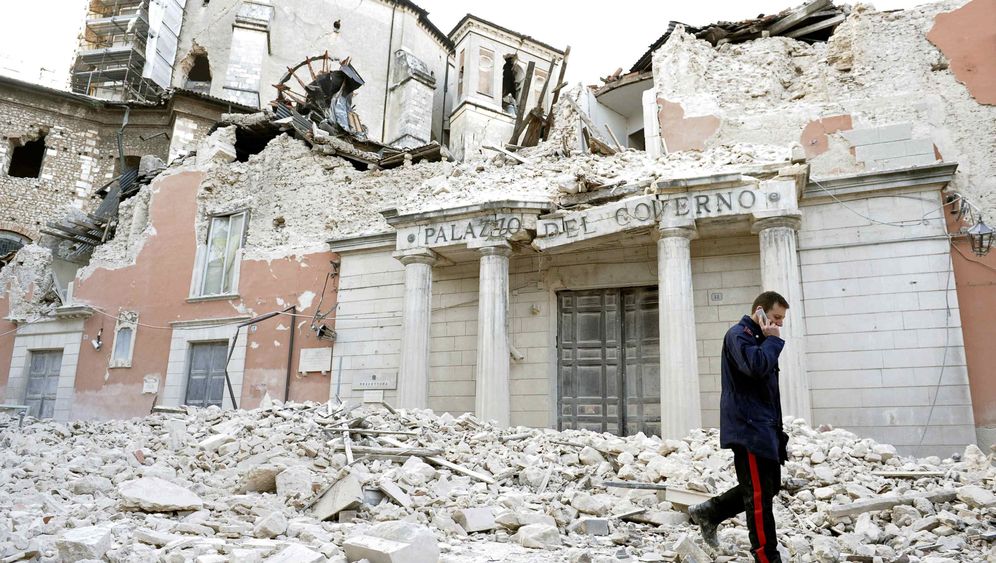 The earthquake was tragic and deadly. It shocked Italy and the world. But could it have been predicted? The idea alone is ridiculous, say appalled scientists in Germany and around the world, who are perplexed by an Italian court that on Monday sentenced six scientists and an ex-government official to long prison sentences on manslaughter charges for failing to predict a 2009 earthquake in L'Aquila.

"I am outraged. This is a scandalous verdict," Martin Meschede of the German Society for Geosciences (DGG) told SPIEGEL ONLINE. "The example that has been set is a political one," added Thomas Braun, a German scientist at Italy's National Institute for Geophysics and Volcanology (INGV).

The development also prompted the resignation on Tuesday of the president of Italy's National Commission for the Forecast and Prevention of Major Risks, a government-appointed body of which all six of the scientists and the former government official convicted had been members.

A total of 309 people died in the 6.3 magnitude earthquake in L'Aquila on April 6, 2009. Thousands more were injured and the tremblor left 80,000 homeless. Six days before the disaster, the seven members of the risk commission had stated they did not believe there was an increased risk of an earthquake.

In the days prior to that statement, several small earthquakes had rocked the area. But the scientists said that such events can not be interpreted as a warning signal for a major earthquake. Most in the scientific community agree that earthquakes are impossible to predict with current science and technology, and dismay is growing over Monday's ruling.

"I am crestfallen, desperate. I thought I would be acquitted," Enzo Boschi, who had been the head of INGV at the time of the deadly earthquake, told reporters after the verdict.

"I consider myself innocent before God and men," said Bernardo De Bernardinis, a former member of the risk committee likewise convicted Monday.

Despite conventional wisdom that earthquakes cannot be predicted, Judge Marco Billi nevertheless convicted the six scientists and government official. However, the ruling is not yet legally binding and could still be overturned on appeal. Prosecutors had argued that the scientists gave "inexact, incomplete and contradictory information." Lawyer Wania dell Vigna, who is representing 11 plaintiffs in the case, said, "They were not expected to predict the earthquake, but they were expected to alert people to the risks."

But INFV's Braun described the ruling as "absurd" and accused the court of looking for scapegoats in the tragedy. "It would have been more appropriate to ask who had built the homes that collapsed," he told SPIEGEL ONLINE.

Construction regulations in the region are based on seismic hazard maps that have been developed over decades by geological researchers and indicate a high threat of earthquakes in the region. Every school-age child is taught about that danger in central Italy, Braun said.

The German scientist said even though the intensity of the April 6, 2009, quake had surprised experts, "homes built according to the regulations still should have been able to withstand it."

A Muzzling Effect on Earthquake Researchers

In Germany, Monday's verdicts drew widespread criticism in the scientific community. "I will advise my colleagues to no longer provide risk assessments," said Meschede, who is also a researcher at the University of Greifswald. Braun stated the ruling could mean that fewer scientists will be willing to make public statements on risks in the future.

Meanwhile, Christian Bönnemann, a seismology expert with Germany's Federal Institute for Geosciences and Natural Resources in Hanover, told news agency DPA he considered the ruling to be "blatantly wrong". If the ruling isn't overturned on appeal, he warned, it could have a muzzling effect on earthquake researchers.