Prior to the verdict in the trial against former Ukrainian Prime Minister Yulia Tymoshenko, the European Union made it clear that there would be consequences should she be found guilty and jailed.

But in a ruling announced on Tuesday morning, Judge Rodion Kireyev said that Tymoshenko abused her position as head of government and "used her powers for criminal ends." The verdict? Guilty. She was sentenced to seven years in prison, just as state prosecutors had requested.

The trial was the most controversial seen in Ukraine since the country gained independence two decades ago. It also likely marks the end of Tymoshenko's political career just seven years after she helped lead the pro-democracy Orange Revolution, which galvanized both Ukrainians and Europeans across the continent.

The trial stems from a gas deal signed between the Ukrainian state-owned firm Naftogaz and Russia in 2009. The court found that Tymoshenko had exceeded her powers by ordering Naftogaz to sign the contract, one which led to significantly higher prices for gas from Russia, according to Ukrainian President Viktor Yanukovych.

The president's party, the Party of Regions, has sought to portray Tymoshenko as being corrupt, despite official charges making no mention of corruption. Furthermore, whereas official government statistics say the monetary damage caused by the Naftogaz contract was $200 million, Yanukovych's infrastructure minister, Boris Kolesnikov has said the deal costs Ukraine $8 billion annually.

The 2009 deal signed by Tymoshenko put an end to a bitter feud over prices paid by Ukraine for Russian gas. The dispute had led to supply shortages across Europe.

Tymoshenko and Yanukovych have been long-time rivals, particularly after the 2004 Orange Revolution, of which the former prime minister was a leader, helping to torpedo Yanukovych's initial bid for the presidency. In the 2010 presidential election, Tymoshenko lost to Yanukovych. Indeed, Tymoshenko has insisted from the very beginning that the trial was little more than show.

"You know very well that the sentence is not being pronounced by Judge Kireyev but by President Yanukovych," she told journalists prior to the verdict, according to Reuters. "Whatever the sentence pronounced, my struggle will continue."

The European Union would seem to agree with her assessment. Following a meeting of EU foreign ministers on Monday, the EU's foreign affairs representative Catherine Ashton issued a statement saying: "We are not optimistic about this trial, our impression remains of what I would call a selective application of justice."

In a barely veiled threat to slow the expansion of economic ties with Ukraine, Ashton said: "We also discussed the fact that we are now in the final phase of our negotiations on the Association Agreement with Ukraine and we need to assess the impact of the verdict on that quite carefully."

Several other European leaders likewise indicated their concern in the run-up to Tuesday's verdict. German Foreign Minister Guido Westerwelle called it "without a doubt a test for the rule of law" in Ukraine. He added that, were Tymoshenko convicted, "it could have effects on Ukrainian relations with the EU. We reject political trials."

In mid-September, German Chancellor Angela Merkel brought up the Tymoshenko case with Yanukovych and told him that EU assistance depended on Ukraine's commitment to democracy. And a group of European politicians likewise expressed their concern during a September meeting in Yalta. "I hope we brought to (Yanukovych) very clearly the message that the rule of law is of critical importance," Swedish Foreign Minister Carl Bildt said following the meeting.

Indeed, many observers felt that an adjournment of the trial late last month was called in order to give Yanukovych more time to consider the possible repercussions of a guilty verdict. The president, for his part, has insisted he has no influence over the court.

Still, despite the warnings, Tuesday's verdict presents the European Union with something of a dilemma. Should the EU make good on its threat to block greater economic cooperation with Ukraine, it could push the country into the arms of Russia. Russian Prime Minister (and president-to-be) Vladimir Putin would surely welcome Ukrainian membership in a customs free zone. On the other hand, there seems little chance that the European Parliament will now approve any sort of agreement with Ukraine. Neither, it can be assumed, would several national parliaments in the EU.

Several demonstrators gathered in front of the courthouse on Tuesday to protest the trial and the verdict. Observers, however, do not anticipate the demonstrations will become significant.

With reporting by Benjamin Bidder in Moscow 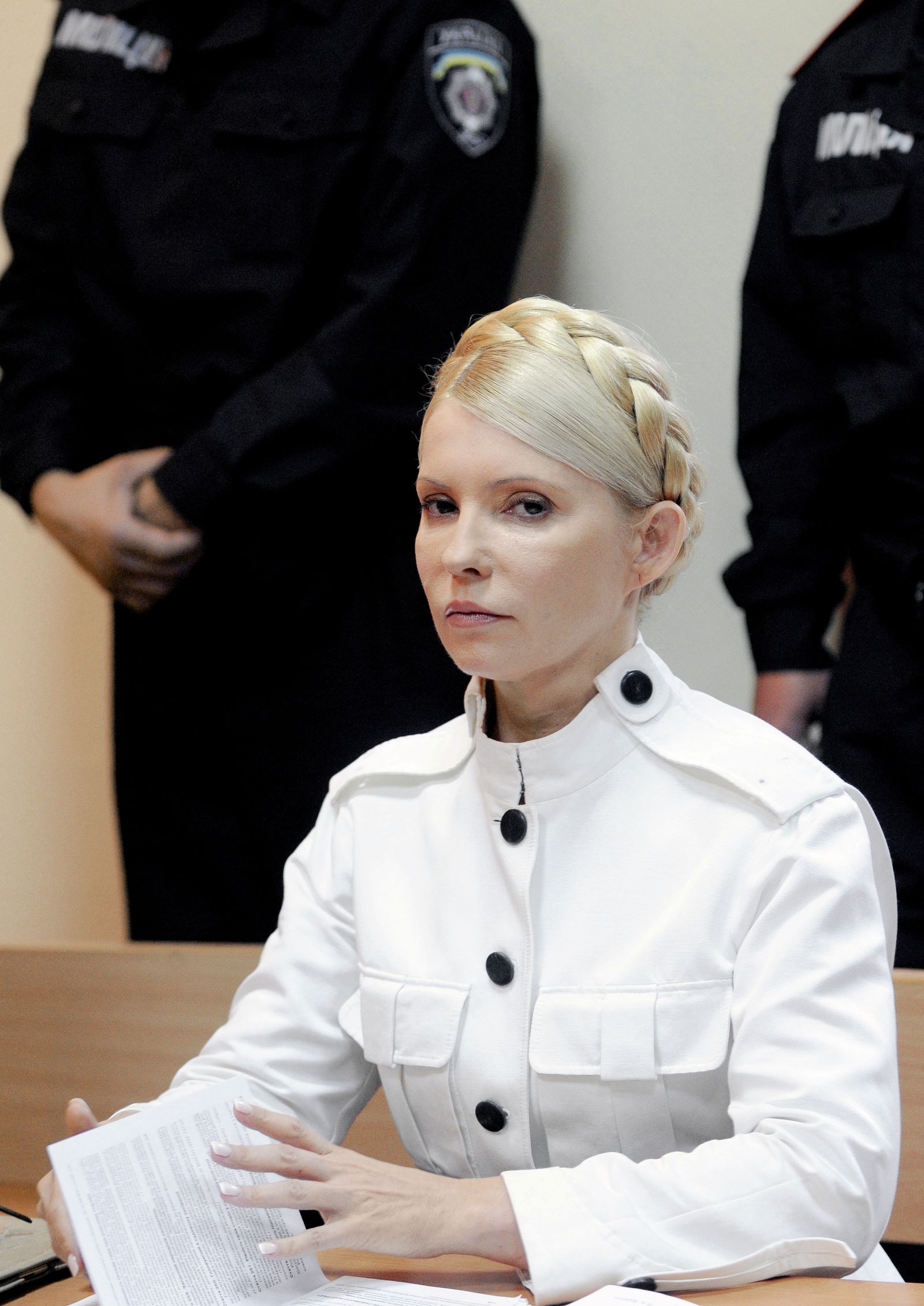