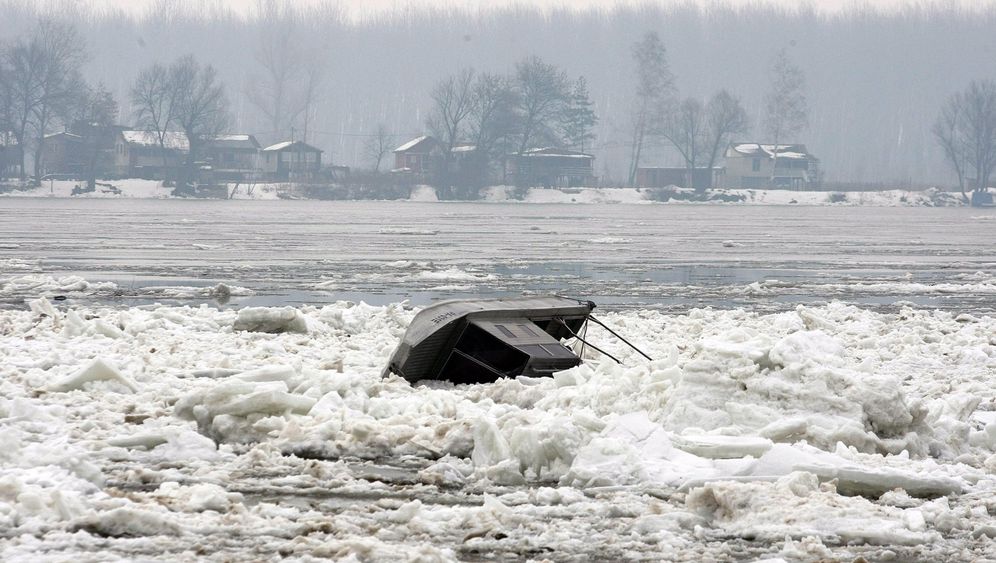 As the Arctic cold front gripped Europe in the first half of February, a thick slab of ice formed on the Danube, one of the Continent's most important waterways. Ship trafffic came to a standstill in many areas; the ice in some places was half a meter thick.

Now, though, with the thaw setting in, a new danger has emerged. As temperatures have warmed, the ice has begun breaking up around Belgrade. And the damage has already been significant.

On Monday, dislodged ice chunks crashed into hundreds of anchored boats and swept away a number of barges. Furthermore, Belgrade's most popular floating restaurant, part of the city's collection of river-bank hotspots, has sunk. No injuries have been reported despite the damage.

"We are trying to salvage whatever we can. Only a handful of boats remained intact from about a hundred we had in the marina," boat owner Mihailo Svilaric told Reuters. Others said that the ice arrived so quickly that there was little to be done to prevent the damage.

"Because the ice came so fast, there was nothing we could do," said another ship owner Dragan Jovanovic. He estimates that melting ice caused damages in the hundreds of thousands of euros to his ships.

Given the severity of the cold snap in the Balkans, however, most official concern was focused elsewhere. Some 20 people have lost their lives in Serbia as a result of the cold with the death toll in other countries much higher. Furthermore, several thousand people in southern Serbia remain cut off by massive snowfall. Officials are now concerned about widespread flooding once the thaw sets in at higher altitudes. On Monday, US military helicopters helped evacuate people from areas of Montenegro that have become unreachable because of heavy snow.

Further up the Danube in Germany, some parts of the river remain frozen and shipping traffic continues to be blocked. Warmer weather, however, is forecasted this week.