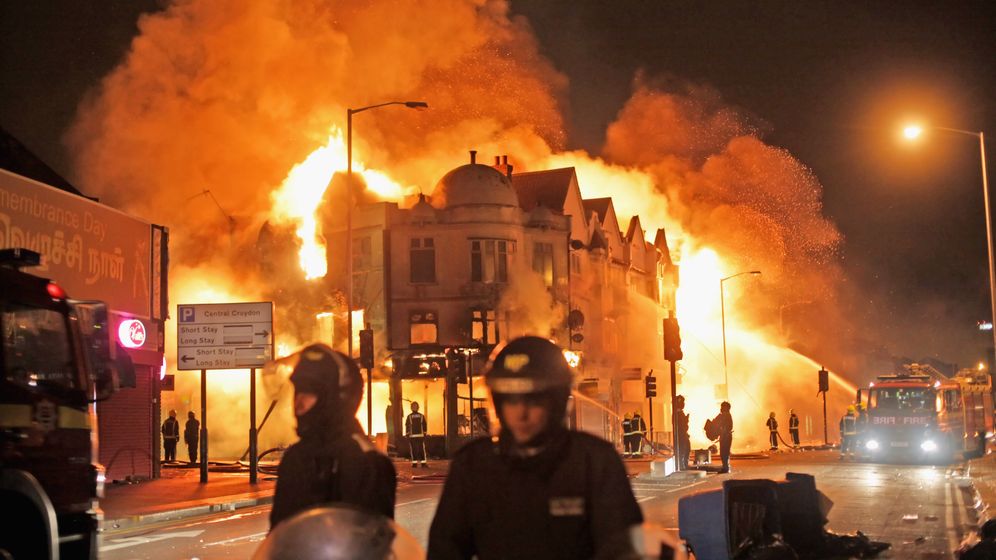 A burning capital city. Marauding bands stealing whatever they please. A police force that appears to be impotent. And a fire brigade that can't put out blazes because its rescue forces are attacked by a mob.

The television images dominating screens this week could be right out of Mogadishu. As difficult to imagine as it might be, the pictures aren't from Somalia, but from London, right in the center of Europe. And they will never be forgotten. They have even prompted British Prime Minister David Cameron to break off has vacation in Tuscany. If he were to continue to enjoy the sun as London sinks into chaos, then his star would likely fall just as far as former US President George W. Bush's did because of his disastrous crisis management in the wake of Hurricane Katrina in 2005.

London Mayor Boris Johnson has also returned from his holiday early, as has Interior Minister Theresa May and opposition leader Ed Milliband. Parliament has been recalled from the summer recess, and on Thursday it is set to convene an emergency session. The scenes of violence that have unfolded during the past few nights could well be fateful for Britain's international reputation as well as that of Cameron's government.

Now, one year before the city is slated to host the Summer Olympic Games in socio-economically depressed East London, there are serious doubts as to whether the conservative-liberal government is still capable of enforcing law and order. Cameron's relations with the leaders at Scotland Yard have long been shattered. And the trench warfare between politicians and police has now contributed to a situation in which a few hordes of looting youths are able to disrupt the entire public order.

Following a meeting of Britain's national security council, Cameron talked tough, announcing that 16,000 police would be deployed on the streets. The prime minister said police would use the "full force of the law" to stop the violence, but people are so nervous that some worried Londoners have even taken off to Paris on high-speed Eurostar trains. It appears that the contingent of 16,000 police officers is the most the British state is currently capable of deploying in London. Will that be enough or will the electronically networked, mobile anarchist rioters be able to go on defying them?

All parties are demanding tougher measures. Left-wing Labor member of parliament Diane Abbott said Cameron should impose a night-time curfew for youths, a step France took in 2005 in response to the rioting in Paris and Lyon. Meanwhile, conservative member of parliament Patrick Mercer called for water cannons to be brought in. Until now they have never been used on the British mainland, only in Northern Ireland.

And Nigel Farage, head of the right-wing UK Independence Party, said troops should be sent in to help restore order on British streets. But experts warned that deploying the military would worsen the violence and revive memories of the conflict in Northern Ireland.

Cameron has yet to reveal what concrete action he proposes to take, and what he wants parliament to decide on in its emergency session on Thursday. In recent weeks, he has set about fundamentally revamping Scotland Yard, as London's Metropolitan Police Service, which also has major counterterrorism duties, is known. The top job at the Met is vacant after its commissioner, Sir Paul Stephenson, resigned following the "News of the World" phone hacking scandal.

Cameron wanted to appoint legendary American "Super Cop" Bill Bratton as Stephenson's successor. Bratton is regarded as the creator of the zero tolerance strategy and was spectacularly successful in the fight against drug crime and organized gangs in New York and Los Angeles.

Bratton in London -- it would have been an interesting experiment. But the attempt failed. Theresa May, the Home Secretary, didn't want an American to head the British police.

She might yet change her mind. The police are widely expected to resort to tactics that were until now regarded as "un-British." The few officers who are entitled to carry firearms in England will now be issued with rubber bullets to keep the mob in check. 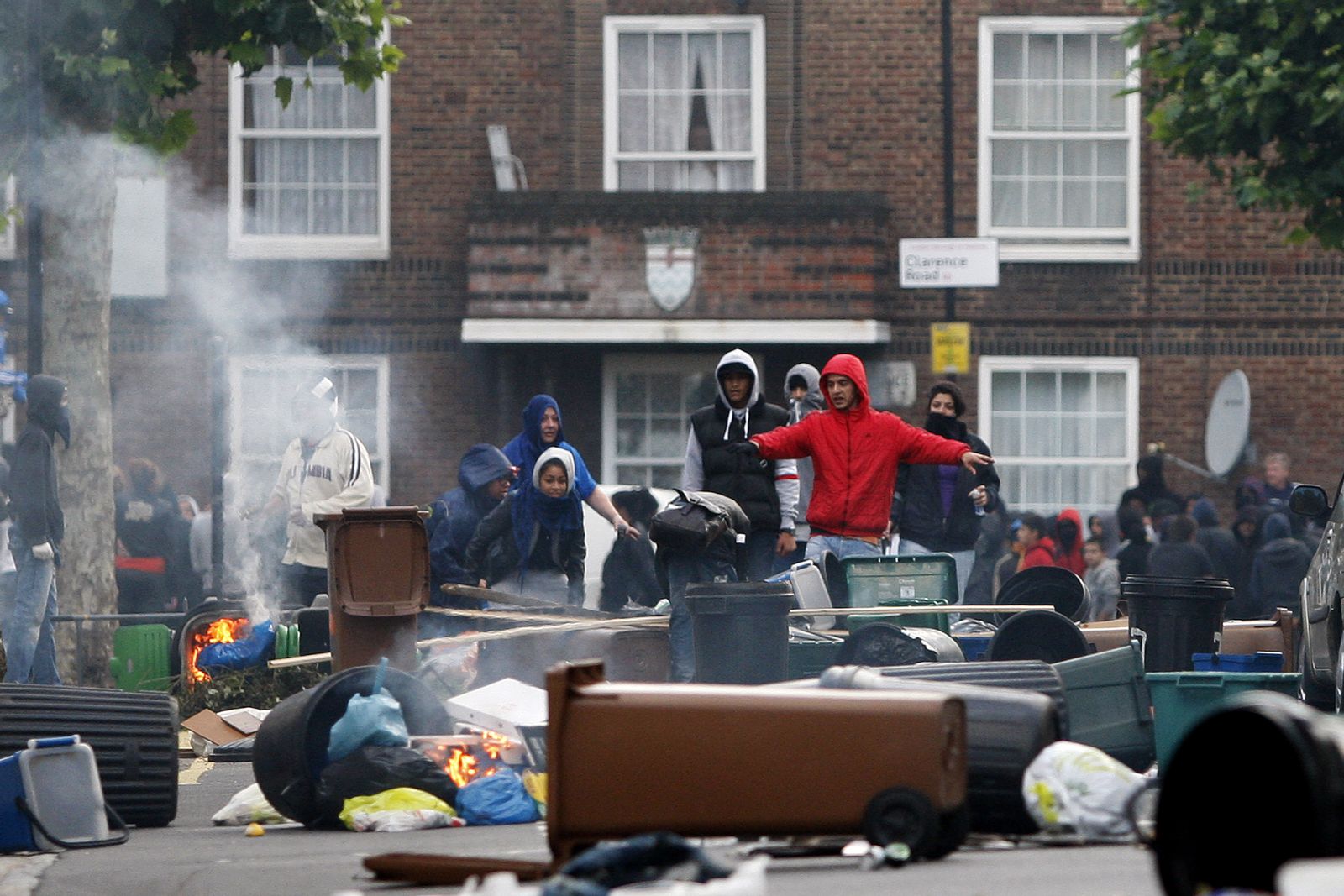 In many areas, police appeared to have little control over rioters like these, who blocked a street in Hackney. Unrest continued throughout the day on Tuesday.