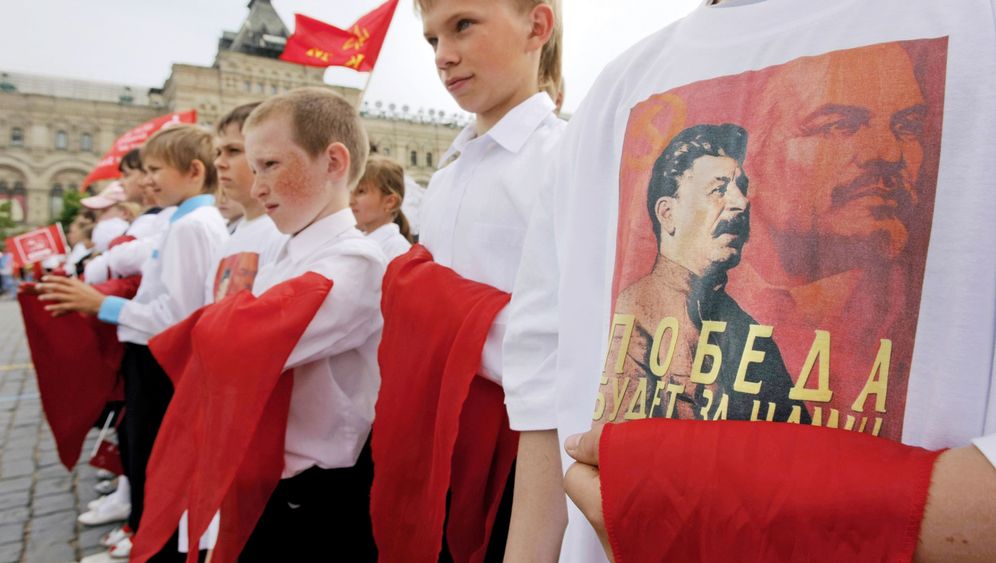 It's not like someone in Russia would dispute that Josef Stalin stands for a gruesome reign of violence. He was a controversial figure from the beginning among the leadership of his own party, the Bolsheviks, forerunners to the Communist Party. Even former Russian Communist leaders concede that the number of his victims is inconceivably high.

And yet the late Soviet dictator is the source of intense disagreements in modern day Russia. Admirers like writer Alexander Prokhanov extol Stalin's "mystical victory" at the end of World War II and the Soviet "red project" as epoch-making. The pro-Stalin camp regularly wins television debates with liberals warning of the dangers of Stalin nostalgia. Sixty years after his death, on March 5, 1953, the "man of steel" still inspires fascination among many Russians.

Lenin issued some of the earliest warnings against what Stalin was capable of. As he wrote in a letter to the party convention on December 24, 1922: "Comrade Stalin, having become General Secretary, has concentrated an enormous power in his hands; and I am not sure that he always knows how to use that power with sufficient caution."

Back then, Stalin had not yet achieved unfettered power over the five-year-old Soviet state. World War I and the Russian Civil War had shaken the land, and the all-powerful Communists were split into rival factions. One man from a well-to-do Jewish family made a name for himself as a brilliant orator: Lev Davidovich Bronshtein, who called himself Leon Trotsky. Lenin, apparently a connoisseur of human nature, warned against him, too. Trotsky had a "too far-reaching self-confidence and a disposition to be too much attracted by the purely administrative side of affairs."

It was this judgment that made Stalin's rise to power possible. Almost no one, not even Lenin, had imagined that Stalin would have Trotsky expelled from the party and sent into exile. After Lenin's death in 1924, Stalin could no longer be stopped. He quickly isolated Trotsky supporters, the "Trotskyites," repeatedly warning of their dictatorial ideas, like the widely hated concept of the "militarization of labor."

In Moscow in the 1920s, Stalin distinguished himself with vows to establish democracy. His consolidated his power through the party apparatus, in which he promoted mostly young Russians. The party that Lenin had left behind was chaotic, ruled by political adventure-seekers who had virtually no connection to the lives of average Russians. In contrast, the class of state administrators and regional rulers were greedy and corrupt. Neither group was capable of building a state, and Stalin seized the opportunity. In the latter half of the 1930s, he used the Moscow show trials to sentence hundreds of thousands to death and millions to imprisonment camps, where countless died.

What could have driven Stalin to do this was made clear in a film that, upon first glance, appears to have nothing to do with Stalin. "Ivan the Terrible" was filmed during World War II by director Sergey Eisenstein at Stalin's request. The film takes place in the 16th century, showing the life of Ivan IV, the Tsar of All Russians, whose sadistic inclination earned him the epithetic "the Terrible" in the West.

Similar to Stalin, Ivan IV faced a hurdle in his path to absolute power: the corrupt boyars, aristocrats whom he could not trust. Stalin was fascinated by the historical parallels. Viewers experienced a tsar as a highly gifted people's leader, besieged by malicious princes and traitors. In the Russian trailer, the film is described as dealing with "a man who for the first time united our country and created a powerful state."

Stalin, too, had subjugated the power apparatus with terror and waves of bloody purges. Where resistance was not demonstrated, he had it fabricated. Confessions were forced out of people with torture. Show trials against leading men from the party and the state signaled to the country from 1935 on that opposition to Stalin's politics, whether open or concealed, would not be tolerated. On one day alone, December 12, 1938, Stalin's trials sentenced 3,167 people to death. Even the Soviet secret police, responsible for so much of the terror, was not spared from the purges -- just like the Oprichniki, the personal police of Ivan the Terrible.

The sword of the dictator circled around the army leadership as well. In a few years, more than 10,000 officers were executed, and three out of five marshals and 15 army commanders were imprisoned. In 1940, Trotsky, who was expelled from the Soviet Union in 1929 and was then living in Mexico, took an ice axe to the head by a Soviet assassin.

From Industrialization to Victory

What at first looked like the full-blown insanity of a paranoid maniac actually had a purpose. Like Ivan the Terrible, Stalin attempted to create for himself a loyal service gentry. But Stalin's rule was not a tsarist revival so much as a dictatorship of modernization.

In a speech to engineers, project directors and officials in Moscow in February 1931, Stalin voiced the essence of his policy. His audience of 700 mostly young and middle-aged men, many of whom had traveled in trains across the enormous snowy landscape of the country, listened intently to the plans they were meant to realize.

The "old Russia," Stalin said, was "continually battered by its backwardness," and by "Mongolian Khans, Swedish feudal lords and English-French capitalists." His final conclusion was that the country must "eradicate its backwardness as soon as possible... We have stayed 50 to 100 years behind the advanced countries. We have to make up this distance in 10 years. Either we bring this about or we will be crushed."

Yet the Soviet Union prevailed. Germans had to watch in bewilderment as the Red Army approached Berlin with 6,000 tanks to sound the death knell for the German Reich.

This was made possible through Stalin's gigantic industrialization, paid for by the millions of farmers who starved to death because of Stalin's forced collectivization of the agrarian economy. Sending workers who were repeatedly late to work in the factories to gulags was not the exception but the rule after 1939. You are nothing; the Soviet empire is everything -- that was the unspoken motto of the Stalinist regime. And the principle seemed to work: After the 1945 victory, the Soviet sphere of influence stretched from the Pacific to the Bay of Lübeck.

In order to watch over his enormous empire, Stalin's employees in the post-war years brought him daily reports by airplane to one of the summer houses he liked to retreat to. He worked through the documents at a small brown desk next to his bed.

While the dictator would often retreat into the seclusion of the Abkhazian town of Gagra on the Black Sea for weeks and months on end, his bureaucrats ruled in far-off Moscow and revered him with an insincere personality cult. Deceitful, cowardly and conniving, their self-interest was kept at bay only by the fact that Stalin was still living.

Stalin had not groomed a successor. It had grown lonely around him when he died in the spring of 1953 after suffering a cerebral hemorrhage at his Kuntsevo resident outside Moscow. Later evidence suggested he may have been poisoned.

As a large part of the population mourned the death of their father figure, the Moscow elite devoted themselves to what they did best: scheming and struggling for power. Three years after Stalin's death, the public renunciation of his policies began. Thirty-eight years after his death, the Soviet Union collapsed.

The current fascination with Stalin -- now 60 years after his death -- is not with the Communist dictator but the founder of the empire. The reasons behind it, surmises Vladimir Solovyov, a liberal TV journalist at the state channel Rossija ("Russia"), lies in the "devastating present."

In light of broad corruption in government and administration, of abuse of power and social injustice, Solovyov says, many Russians feel a growing need to elevate Stalin. The dictator's personal belongings, after all, were essentially limited to a handful of uniform jackets. Even his weekend homes belonged to the state. 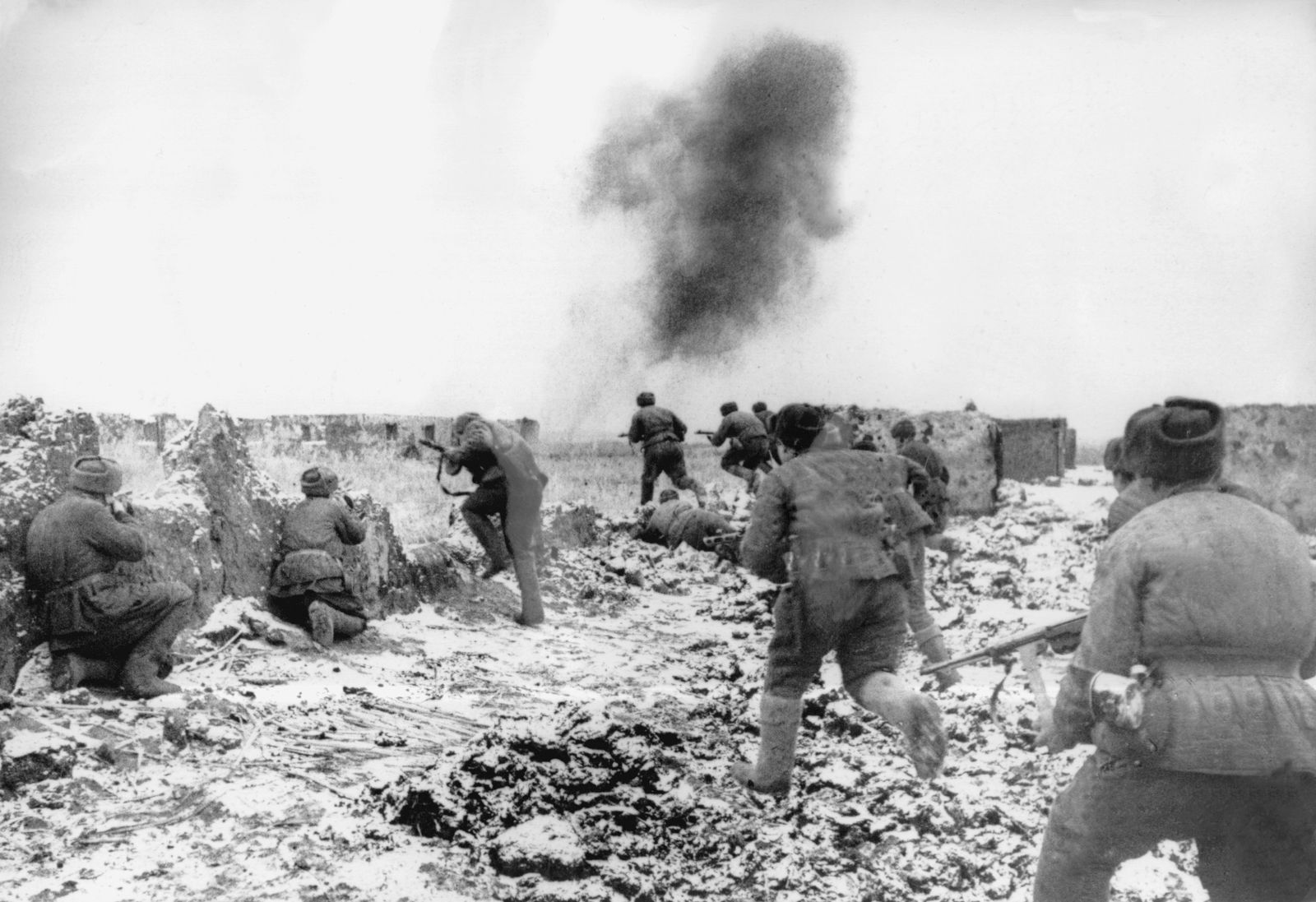 This undated photo shows Soviet soldiers in the battle for Stalingrad. Many in Russia credit Stalin with modernizing the Soviet military, which made its defeat of Nazi Germany possible. But that modernization came at the price of millions of farmers who starved to death because of Stalin's forced collectivization of the agrarian economy. 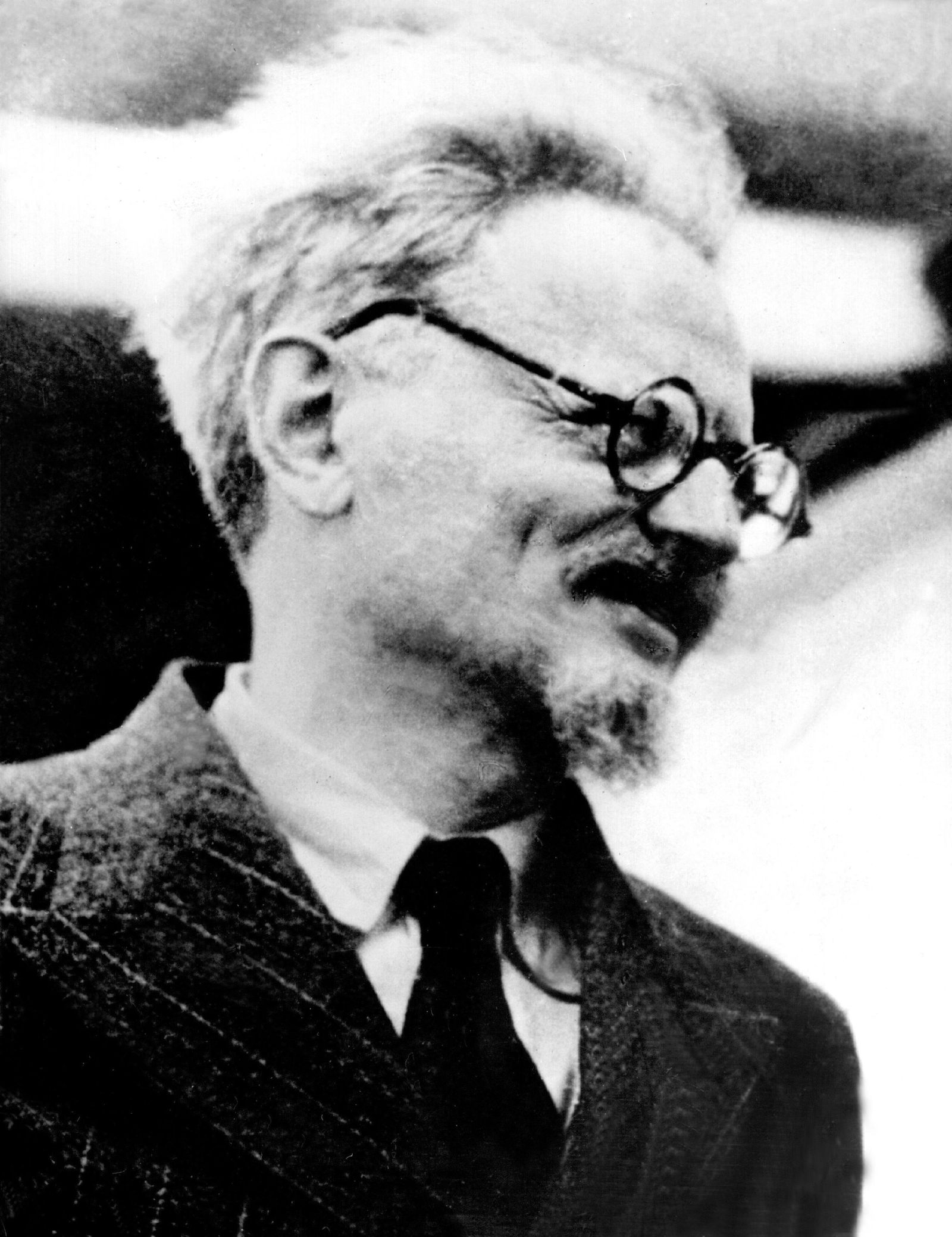 Russian revolutionary Leon Trotsky was one of Stalin's earliest rivals. He was eventually expelled from the Soviet Union in 1929, and in 1940 he was assassinated by a Soviet agent while living in exile in Mexico.