Exactly three years ago, in February 2018, the murder of investigative journalist Ján Kuciak and his fiancée Martina Kušnírová shook Slovakia. At the same time, the crime motivated a number of younger people to enter into politics, including the lawyer Zuzana Čaputová. In 2019, Čaputová, then 45, was elected president. She represents a liberal, pro-European movement.

DER SPIEGEL: Madam President, there are few places in the world where more people are dying of the coronavirus in proportion to the population than in Slovakia. Why is the pandemic hitting your country so hard?

Čaputová: We are still searching for the reasons for this sad record. We were among the best in fighting the first wave, but the second wave has proven to be much more dangerous around the world. We underestimated the danger last summer. Slovakia is the only country in the world that chose to test the entire population - several times, in fact. People were given a negative certificate after the antigen test that was valid for seven days. And with that, you had more movement – which ultimately could have led to more infections. Our health sector also wasn’t equipped for dealing with a crisis like this.

Zuzana Čaputová, 47, is the president of Slovakia. Before she was elected in 2019, she worked as a lawyer on behalf of environmental protection.

DER SPIEGEL: Vaccinations are proceeding slowly throughout the EU. Who is to blame for that?

Čaputová: Without the EU procurement program, many poor countries would have no access to vaccines. So, in our view, this procedure is correct.

DER SPIEGEL: Yet you don't seem to trust the EU anymore. Why else would your government be thinking about buying the Sputnik V vaccine from Russia?

Čaputová: We must not forget that Slovakia is in a really bad situation. So, it is obvious that the government is thinking about all possible solutions. But I believe that vaccinations should not start until it has been authorized by the responsible EU authority.

DER SPIEGEL: Can you understand that many people are having their doubts about institutions in Brussels?

Čaputová: In the Slovak debate, the focus is not so much on shortcomings in the vaccine supplies. The fact that the EU has adopted the reconstruction fund, worth several hundred billion euros, has been extremely well received.

DER SPIEGEL: Slovakia’s neighbors – Poland, Hungary and Slovenia – are moving further and further toward authoritarianism. Is Slovakia the last bastion of democracy in the region?

Čaputová: Of course, this is not going unnoticed by us. But right-wing populists are gaining ground in many places. This isn’t a problem of our region – it is a global trend.

DER SPIEGEL: Right-wing populists govern in Hungary, Poland and Slovenia, but not in Germany, Italy or Spain.

Čaputová: My region has just 30 years of experience with democracy. Western Europe has at least 70 years. I was 16 when communism fell. Many reforms and changes, especially in the economy, came at breakneck speed. But democratization takes longer. I still believe that there is a will for democracy throughout the region. The conflict isn’t fundamentally about the order in which we live – it is more a conflict between liberal and conservative attitudes. Some feel that they have to defend themselves against change that is too fast.

DER SPIEGEL: There seems to not only be stagnation, but real regression. Viktor Orbán is dismantling achievements like the rule of law in Hungary.

Čaputová: I believe that politicians who restrict the freedom of the press, for example, or that of universities, are not elected because of that. For many voters, the question of personal economic or social security is more important than the question of the rule of law.

DER SPIEGEL: How should the EU deal with member states that violate the rule of law?

Čaputová: Those who want to be a member must abide by the rules of the community and respect its values. There should be consequences if a country violates them. I am pleased that a mechanism was put in place last year to ensure that. In the future, the EU will only pay money out to countries if the rule of law is applied.

DER SPIEGEL: The murder of investigative journalist Ján Kuciak took place exactly three years ago. What kind of development has your country gone through since then?

"The climate of impunity has been overcome."

Čaputová: The biggest protests ever followed. People turned against corruption, they wanted a new Slovakia, a new political culture. The pressure from the streets was enormous. The government had to resign and there were new elections. The climate of impunity has been overcome. The police chief and the general prosecutor have been replaced and the reform of the judicial system is underway. The murder inspired many people to enter politics, including me. New parties were formed.

DER SPIEGEL: Has the call for more democracy evaporated again?

Čaputová: It has been partly fulfilled by the reforms of the new government. However, the corona crisis has distracted people, they are focused on survival. We will see after the pandemic that the pressure to reform is strong. 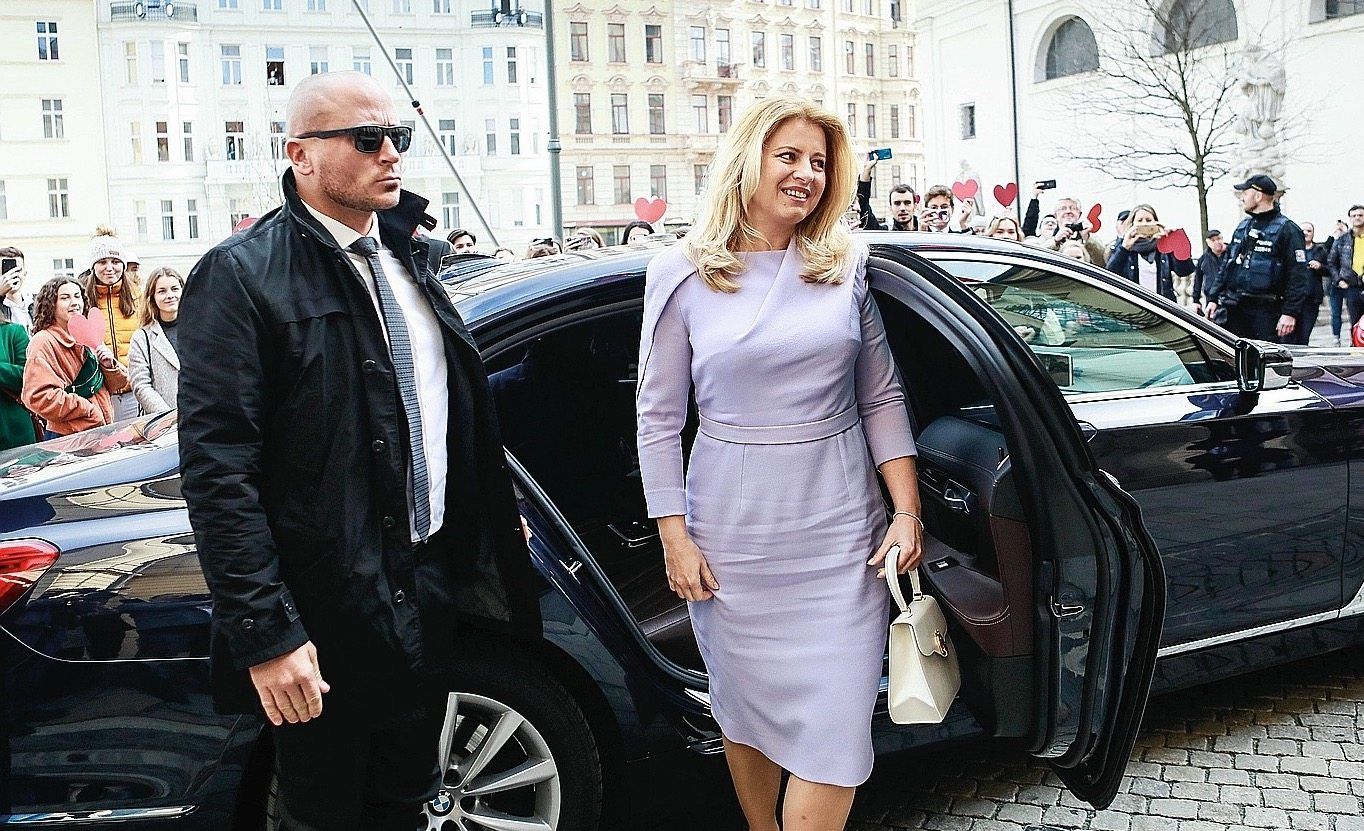 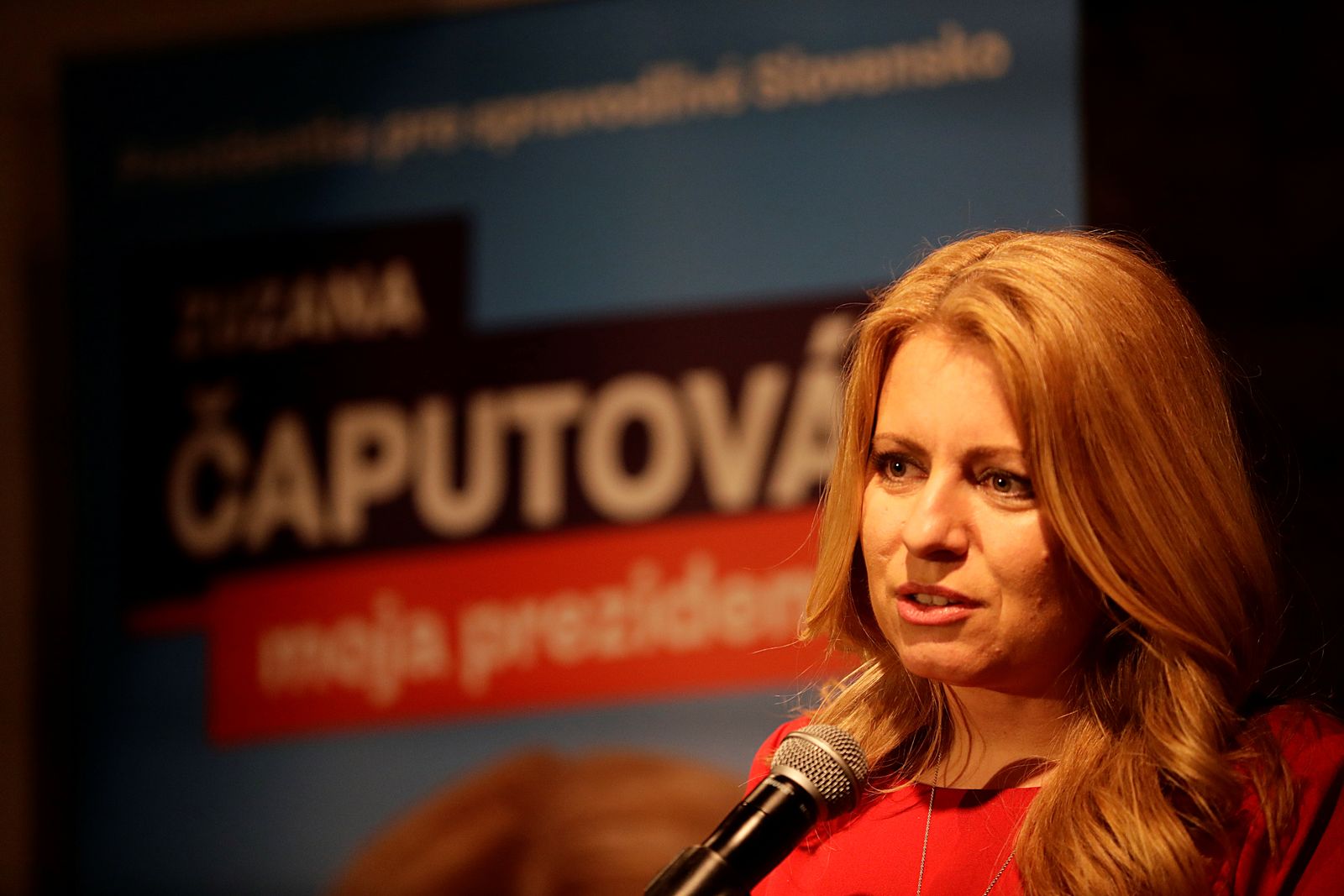