Chancellor Angela Merkel at the head of a coalition with the Social Democrats? It is a pairing Germany has seen before, most recently from 2005 to 2009. And now, it is looking increasingly likely that a redux is looming -- to the point that prominent SPD politicians are starting to draw their red lines for European policy.

Martin Schulz, president of European Parliament and a leading member of the SPD, has taken the lead this week. In comments to SPIEGEL for a special election issue to be published on Wednesday, he appealed to Merkel to take the social hardships facing many across Europe more seriously. He said more needed to be done to address high youth unemployment in EU countries in Southern Europe that have been hard-hit by the debt crisis.

It was one of the first concrete EU policy demands made by the SPD since Sunday's election. Addressing the chancellor's unpopular austerity measures in Europe, Schulz said, "Merkel will not simply be able to continue to pursue this policy with the SPD" at her side. A coalition pairing Merkel's conservatives with the SPD is widely seen as the most likely outcome of the Sunday vote.

EU Commissioner: 'A Grand Coalition Is Good for Europe '

Other top CDU politicians in Brussels have likewise commented this week. Günter Oettinger, Germany's representative on the European Commission, told SPIEGEL he supported a political alliance between the CDU and the SPD. "A grand coalition is good for Europe," Oettinger told SPIEGEL. The EU energy commissioner said he hoped that that political constellation would allow Germany to advance again on the issue of climate policy in Europe. Merkel's CDU had openly fought with its outgoing coalition partner, the business-friendly Free Democrats, over climate policy. Berlin has lagged on making progress towards its climate goals as a result.

Addressing problems with policies relating to Merkel's plan to shift from nuclear energy to renewables under the so-called Energiewende, Oettinger said the government needs to make changes to the Renewable Energy Act (EEG). "A number of provisions of Germany's Renewable Energy Act are barely compatible with EU law," he said. "The German government needs to take urgent action on this." In addition to steep electricity price hikes for consumers, the law also includes many problematic exceptions for industrial electricity consumers, he said.

Even conservative Luxembourg Prime Minister Jean-Claude Juncker is indirectly supportive of a CDU-SPD alliance. The influential European statesman and former Euro Group president said lessons must also be taken from the strong showing made by the euroskeptic Alternative for Germany (AfD) party. The party's main platform is the elimination of the euro and the restoration of a strong German national currency. "The success of the AfD means that we have a problem explaining the euro," he said. Juncker also told SPIEGEL he expects a grand coalition comprised of the CDU and SPD to adapt "more gentle approaches" to its European partners than in the past. At the same time, the prime minister praised the SPD's policy on Europe to date for its "excellent balance between solidarity and solidity."

It is clear the SPD will demand concessions in exchange for governing together with the CDU, but already some conservatives are asking the party not to drag its feet on coalition talks. Volker Kauder, who heads the CDU's group in parliament, said that while it was necessary to take the time necessary to negotiate a government, unnecessary delays should be avoided. "Europe isn't going to wait for a government to be formed in Germany," he said. "We need to be prepared to act."

Kauder also said the current government is prepared to take into consideration the views of its potential future partner on current decision-making in parliament. "I know it won't be easy for the SPD if the government has to make decisions during the course of coalition negotiations," he said. He offered to repeat the procedures set up the last time the CDU and SPD negotiated to form a government in 2005, namely that working groups would be set up and decisions to be made prior to the establishment of the new government would be agreed together.

SPIEGEL ONLINE International will publish a selection of stories from DER SPIEGEL's new election special on Wednesday, including analysis from Berlin and Brussels. 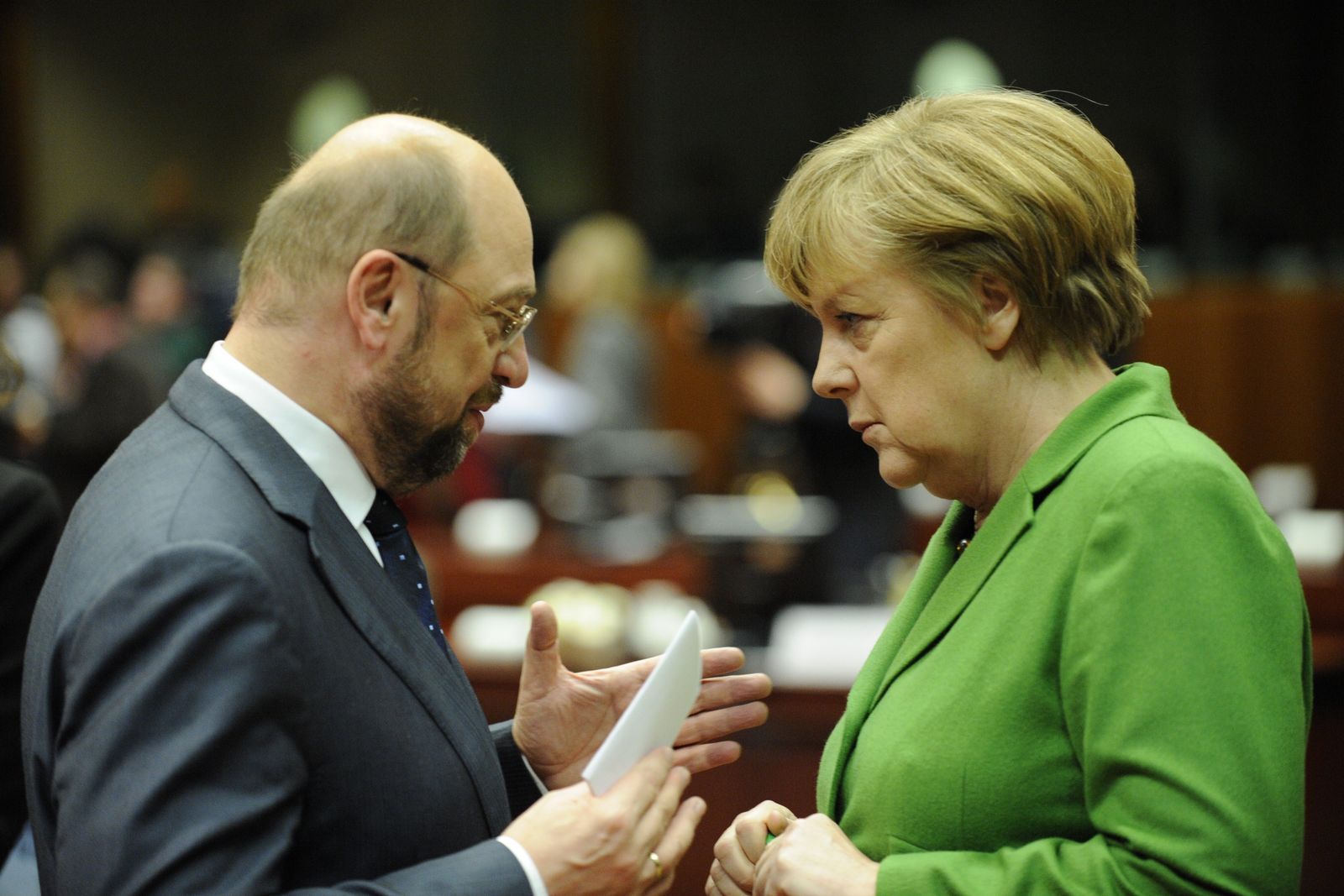