Ziegler: No. Switzerland has one of the highest per capita incomes in the world, the strongest currency and the largest financial center for foreign assets. And we're a small country with no natural resources. Switzerland is the world capital of dealing in stolen goods.

SPIEGEL ONLINE: That's a harsh accusation. How do you reach that conclusion?

Ziegler: Money comes to Switzerland through three illegal sources: tax evasion in other developed countries, the blood money of dictators and other rulers in the Third World and organized crime.

SPIEGEL ONLINE: You have criticized the Swiss business model for more than 20 years. Has absolutely nothing changed since then?

Ziegler: No, things have changed. Tax evasion formerly wasn't a crime in Switzerland. That's why in cases like that of former Deutsche Post CEO Klaus Zumwinkel there was no cooperation with German authorities. That has changed under pressure from industrialized countries. But Switzerland still rejects the automatic exchange of bank information.

SPIEGEL ONLINE: That was a big sticking point in the planned tax treaty with Germany. Hoeness evidently hoped the deal would pass so he could anonymously legalize his assets. But the plans were blocked by the upper house of parliament in Germany.

Ziegler: Thank God! I don't understand why Finance Minister Wolfgang Schäuble accepted the treaty. It was the last wise-guy move of the Zurich bankers.

SPIEGEL ONLINE: Do Swiss politicians now see the country's role as a finance center in a more critical light?

Ziegler: Not in the least. The structure of the Swiss ruling class is rock-hard, and unchanged since the time of Napoleon. They sit on their mountains and lecture the world on democracy. It's an unbelievable show of self-satisfaction and arrogance.

SPIEGEL ONLINE: Come on, some things have changed in Switzerland in recent years.

Ziegler: Yes, but only under pressure. That was the case in the battle over assets owned by Jews that Swiss banks silently held onto after the war. Reparations were first paid out after the United States threatened the banks with a boycott.

SPIEGEL ONLINE: Ex-Finance Minister Peer Steinbrück went so far as to compare the situation to needing a military threat to keep a country under pressure. What did you think of his threat?

Ziegler: It was good. I've never understood why Germany lets itself be duped. The Swiss banks have been plundering the German treasury for decades.

SPIEGEL ONLINE: That's another very harsh accusation. Is the influence of the banks on the government that strong?

Ziegler: Yes. A lot of Swiss are ashamed of this bank oligarchy. Switzerland has been a multicultural country for 750 years. It's only because of banking secrecy that we haven't joined the EU.

SPIEGEL ONLINE: But that's slowly being eased up. Is Switzerland getting competition from other tax havens?

Ziegler: Switzerland has no competition. It sits in the middle of Europe, it has the highest technological development, it's legally safe and the political circumstances are never going to change.

SPIEGEL ONLINE: Why not?

Ziegler: Because of the hypocritical European elite. Look at France, even their Socialist ex-Budget Minister Jérôme Cahuzac had a secret foreign bank account. The hope lies with Germany because it has the political will and the economic power.

Ziegler: That's right. The secrets of offshore companies used to be managed religiously, now they're stored on the computer -- otherwise money can't speed around the world electronically. Then along come foreign employees like Hervé Falciani, who stole tax data from HSBC and handed it over to French authorities. They are the good guys.

SPIEGEL ONLINE: But ultimately that's also a form of dealing in stolen goods, which you just accused your home country of.

Ziegler: But it's a venial sin in comparison to what the banks practice with their plundering of allied democracies.

SPIEGEL ONLINE: You were the UN's Special Rapporteur on the Right to Food for eight years. In your book "We Let Them Starve," you attack the financial sector. Is it also in part responsible for world hunger?

Ziegler: It shares a great deal of responsibility. Ever since the big banks brought on the financial crisis, they've been increasingly gambling in the food trade. At the same time, 1 billion people are permanently and seriously malnourished. Every five seconds, a child dies.

SPIEGEL ONLINE: But the gambling alone doesn't explain world hunger. You call the International Monetary Fund, the World Trade Organization and the World Bank "the three horsemen of the Apocalypse" because of their economic policies. How did you arrive at such harsh accusations?

Ziegler: Through my own experience. I recently saw in Peru how mothers in a slum aren't able to afford more than one plastic cup of rice. That's due to the market speculation on food prices, which could be banned tomorrow. But that goes against the neo-liberal, delusional idea that markets should be as unregulated as possible.

SPIEGEL ONLINE: What do you propose?

Ziegler: There's no powerlessness in democracy, and Germany is the liveliest democracy in Europe. The voters could push Schäuble to approve of the complete forgiveness of debt owed by poor countries to the IMF. Chancellor Angela Merkel could put high tariffs on biofuels, because they destroy millions of tons of food. And German lawmakers could change the stock market laws so that speculation on food prices in Germany would be impossible. 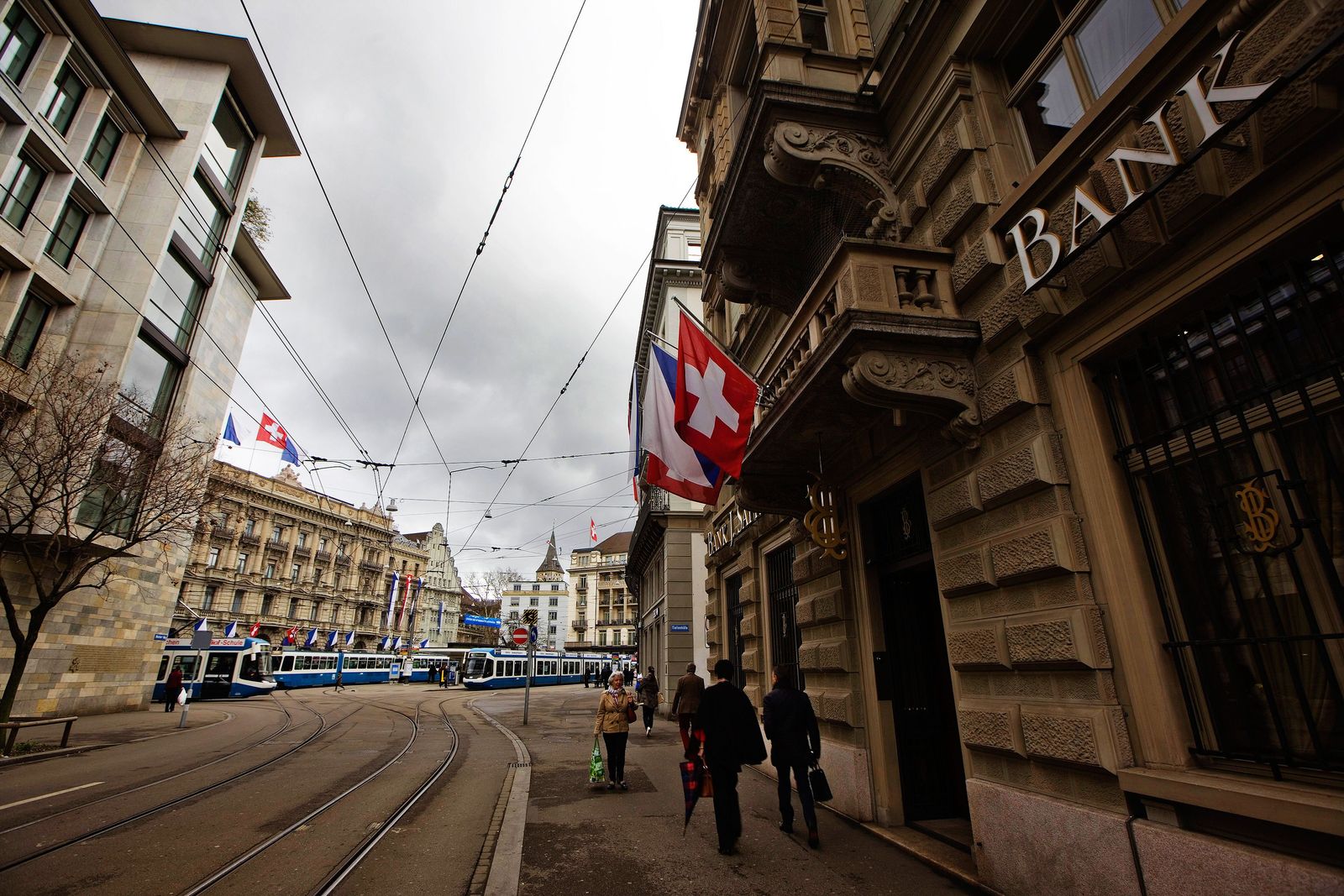 Switzerland's banking industry has helped the country achieve one of the highest per capita incomes in the world.