SPIEGEL ONLINE: Mr. Feld, European Union leaders are gathering on Thursday and Friday for a summit to consider a package of measures meant to ensure the long-term stability of the euro. Does this mean that Europe's common currency has finally been saved?

Lars Feld: What we are currently experiencing has less to do with rescuing the euro than it does with rescuing individual countries. As long as Greece, Portugal and others are heavily in debt, we'll have plenty to worry about.

SPIEGEL ONLINE: The EU wants to set up a permanent crisis fund, strengthen the stability pact and involve private creditors in the restructuring of state debt, forcing them to forego some of the money they are owed. Are those the right steps to take?

Feld: Restructuring state debt is a fundamentally sensible thing to do. Making private creditors partially liable in the case of national bankruptcies provides incentives to everyone involved: It encourages banks to be less lavish about lending money. It encourages debtors to pay off their debts. And it encourages less deeply indebted countries to continue responsibly managing their budgets.

SPIEGEL ONLINE: Do you support letting private creditors play a role even if it could trigger a new wave of unrest on the financial markets?

Feld: Yes, I do. The EU's plans push this participation too far back. It makes it sound like no one really wants to implement what has been announced -- and that's what most politicians and the European Central Bank have also said.

SPIEGEL ONLINE: At what point should the creditors have to share in the pain?

Feld: When a county's level of debt is no longer sustainable. One could peg it to the so-called "risk premium," the additional interest indebted countries must pay to borrow fresh money on the financial markets.

SPIEGEL ONLINE: You were only appointed to Germany's Council of Economic Experts less than a month ago. But, in that short span, you've already called for Greece to restructure its debts several times. Has it really never worried you that doing so might only make the crisis worse?

Feld: Yes I have. The first time, I was taken aback by the reactions it triggered among market observers. Even so, I put a lot of thought into whether I should say it a second time. The numbers speak for themselves: Greece will definitely have to restructure its debt.

SPIEGEL ONLINE: Another country in danger of bankruptcy is Portugal. On Wednesday, Portuguese Prime Minister Jose Socrates resigned after the country's parliament rejected his latest package of austerity measures.

Feld: The situations in Portugal and Ireland are similar. Changes in government are delaying the consolidation processes and exacerbating the situations. I have the impression that there is a lack of political will in Portugal and that, consequently, they would rather draw in the EU and the International Monetary Fund (IMF) -- as scapegoats.

SPIEGEL ONLINE: Are you convinced that Portugal will default on its loan obligations?

Feld: The problem is that consolidation measures have to be taken by the end of March. And now that there will be a change in government, there simply won't be enough time. What has already been done is not enough. More can and must be done.

SPIEGEL ONLINE: Where should additional cuts be made?

Feld: In comparison with the rest of Europe, the public sectors in both Portugal and Greece are relatively bloated, with a high number of employees. Savings must also be made when it comes to social benefits and questionable infrastructure projects.

SPIEGEL ONLINE: The European Stability Mechanism (ESM), the permanent bailout fund that will replace the temporary one in 2013, is backed by a total of €700 billion ($990 billion). You have said that figure can't go above €750 billion. Why not?

Feld: Because expanding it even a little bit raises expectations on the financial markets that it might keep getting bigger.

SPIEGEL ONLINE: Still, in the early phases of the crisis, politicians reacted every time the markets exerted enough pressure. Won't that be the case this time as well?

Feld: Not if we minimize the risk of infection. To do that, we in the financial sector must achieve a sensible consolidation. Our current problems stem from the fact that banks -- particularly those in Germany and France -- wouldn't be able to cope with a massive restructuring of state debt. That's why we are rescuing heavily indebted countries. Restructuring the banking sector is just as urgent.

SPIEGEL ONLINE: How should that happen? Some people think that the second round of stress tests for European banks won't be strict enough.

Feld: They won't be strict enough. If we were realistic about the risks associated with sovereign bonds, some banks would have serious problems after the tests. From the point of view of governments, it thus makes sense not to have the stress tests be reasonable. There's a series of major players that simply cannot be allowed to fall. They know they can take on risk-free debt and make bad investments because, in the end, the government will bail them out.

SPIEGEL ONLINE: You had a hand in designing Germany's so-called "debt brake," the constitutional amendment which limits German state debt. Chancellor Angela Merkel originally wanted to make that part of the euro pact. Do you regret that it didn't happen?

Feld: I think highly of debt brakes, but I was a little wary of transferring it to other countries. Debt brakes also have to mesh with a country's constitution.

SPIEGEL ONLINE: According to Peter Bofinger, your colleague in the Council of Economic Experts, having debt brakes wouldn't have done much to prevent the crises in Spain or Ireland.

Feld: When it comes to those countries, he's right. Spain's budget deficit didn't even surpass the maximum level set by the Stability and Growth Pact, and Spain has even less state debt than Germany. Of course, the crisis isn't exclusively a debt crisis. But that's what it is in Greece and Portugal.

SPIEGEL ONLINE: What do you think about the debt rules currently being hammered out in Brussels?

Feld: They are really quite intriguing. One of them holds that any amount of debt exceeding the ceiling of 60 percent of a country's GDP has to be paid off in 5 percent annual increments. I don't see how Greece could do that.

SPIEGEL ONLINE: What do you think about the effort to penalize countries -- like Germany -- that enjoy an export surplus?

Feld: I find that a very sensitive issue; we simply have a competitive economy. But I'm much more critical of other plans. For example, tax harmonization has very little to do with the issue of competitiveness. A common corporate tax base, like the one the European Commission is calling for, only suppresses the positive effects of competition.

SPIEGEL ONLINE: So you don't begrudge the Irish their especially low corporate tax rate of 12.5 percent?

Feld: That's something that can be worked out at the negotiation table. Enda Kenny, the new prime minister of Ireland, was just denied lower interest rates on the aid he got from the bailout fund because he wants to cling to the lower tax rate. If the Irish think that's the better way, that's what they should do.

SPIEGEL ONLINE: Now that you have been designated one of Germany's top financial advisers, you will undoubtedly be asked for advice more often in your private life. What will you tell your friends who are worried about inflation?

Feld: I would advise them to remain calm. Throughout the financial crisis, the ECB has done a good job. I think it will pull through this time, too. An inflation rate of 2 percent is not grounds for people to seriously worry about their savings.

SPIEGEL ONLINE: You are the spokesman for the Kronberger Scientific Council, a group of leading German economic and legal scholars founded in 1982 to promote market-oriented ideas. The group's motto is "More Courage for the Market." Hasn't the crisis basically proven the failure of that principle?

Feld: I advocate pragmatic economic policies. I think that we need less state regulation in many areas. But, when it comes to the financial sector, we can't make it without state intervention.

SPIEGEL ONLINE: So you're not a hardliner?

Feld: When it comes to the issue of consolidation, I certainly am. Since the 1970s, we Germans have lived beyond our means. We have to lower our debt. Otherwise, at some point, people will start speculating against Germany. 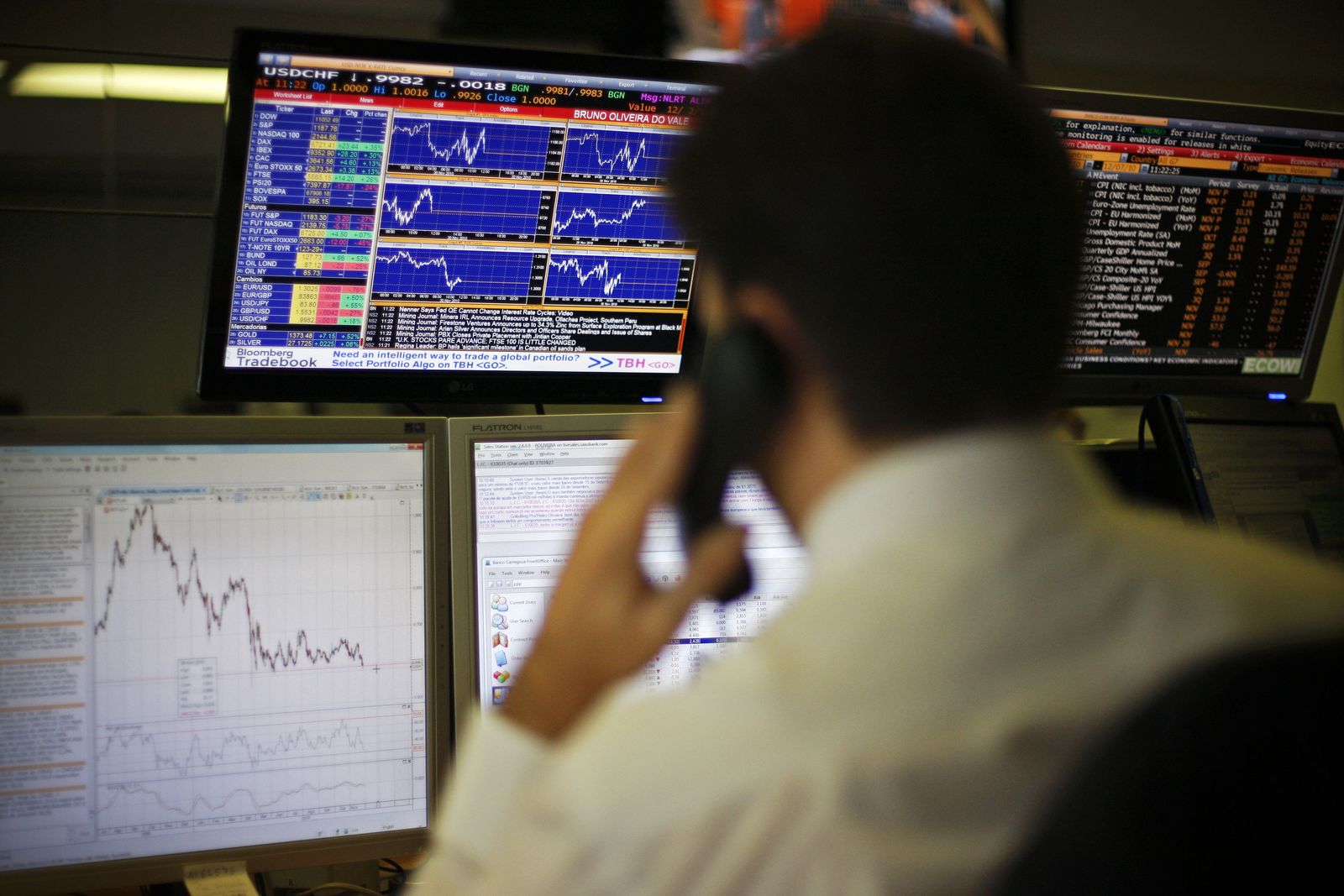 Will this week's summit of euro-zone leaders save the euro?