Chancellor Angela Merkel may have given a non-committal response to British Prime Minister David Cameron's call for EU reform and a British referendum on EU membership, but several politicians from her center-right coalition have voiced support for him.

"It would be totally wrong to react with kneejerk refusal to the intitiative of Prime Minister Cameron," said Alexander Dobrindt, the general secretary of the Christian Social Union (CSU), the Bavarian sister party of Merkel's Christian Democratic Union. "If you condemn Cameron's idea of a referendum on Europe outright, you will fan mistrust of Europe, as if Europe has to hide from the people."

Dobrindt said Cameron had addressed many points in his speech "that could really bring Europe forward." Those points included strengthening national parliaments, clawing back powers from Brussels and making EU institutions more transparent.

'There Can't Be Room for Special Rights'

The CSU itself has in the past said Germany should hold a referendum on the EU if any more powers are passed to Brussels from Berlin. But Dobrindt said he was against granting Britain further optouts from EU rules. "It's clear that in an optimized Europe there can't be room for special rights for individuals, such as a British rebate," he said.

Cameron also got backing from Bavarian Economy Minister Martin Zeil of the pro-business Free Democratic Party, junior partner in Merkel's coalition. "The British have had to undergo painful financial cuts to stabilize their state budget," he said. Referring to Southern European nations, he added: "So one can well imagine the frustration of the British when they see that other states have reacted in a far more lax way to their desolate financial situations."

Cameron had also been right to call for improvements in competitiveness, said Zeil. "The issues he addressed are quite right," said Zeil. "But the conclusion he draws from it -- namely an exit from the EU -- that's wrong."

Britain was one of the strong EU nations and should, together with countries like Germany, France and the Netherlands, be seeking solutions to the EU crisis, said Zeil. But he added that Cameron's motives were transparent: He was being driven by domestic political pressure in his threat to quit the EU. That, said Zeil, was the wrong signal. 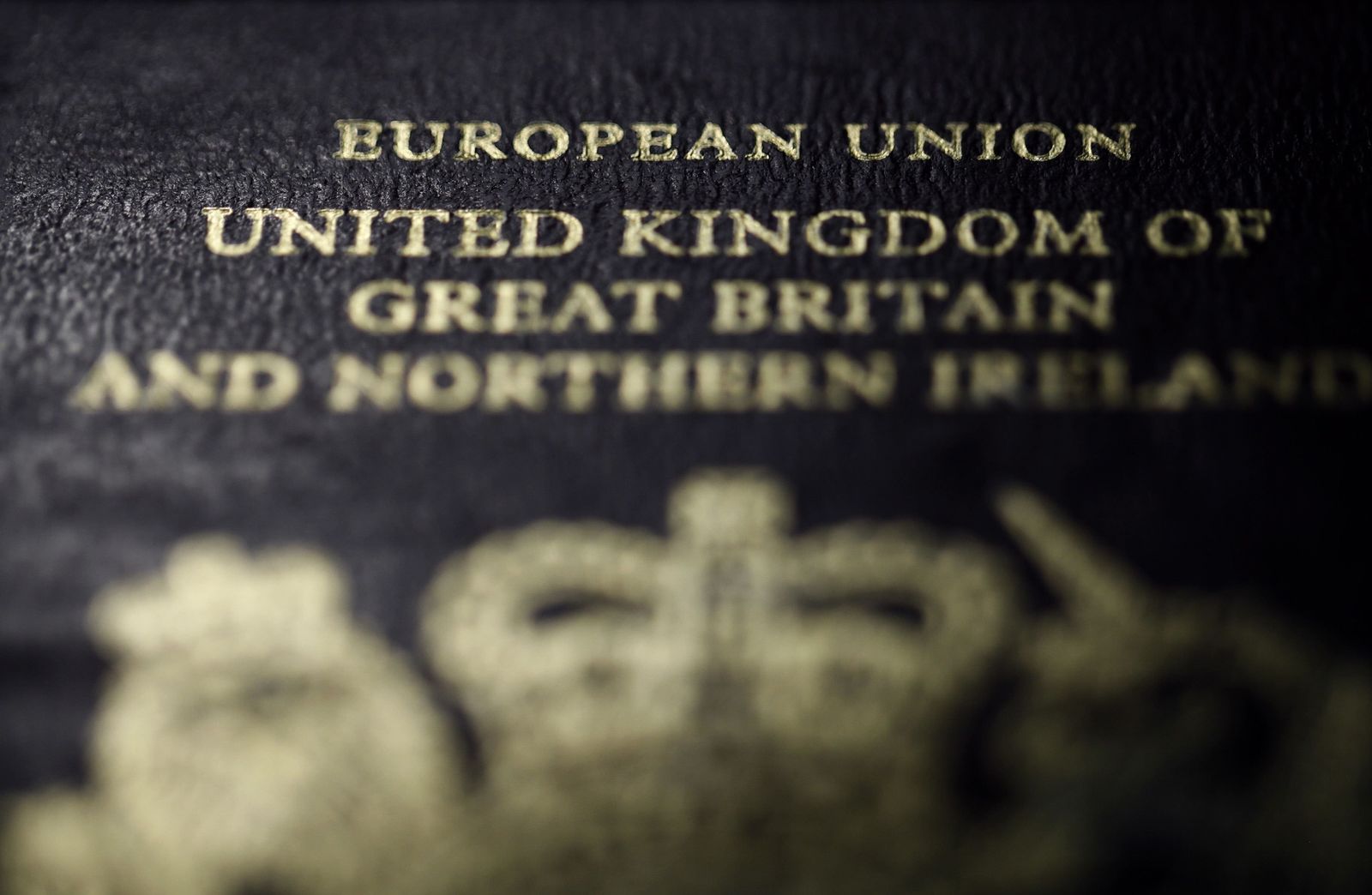 A British European Union passport: "If you condemn Cameron's idea of a referendum on Europe outright, you will fan mistrust of Europe."