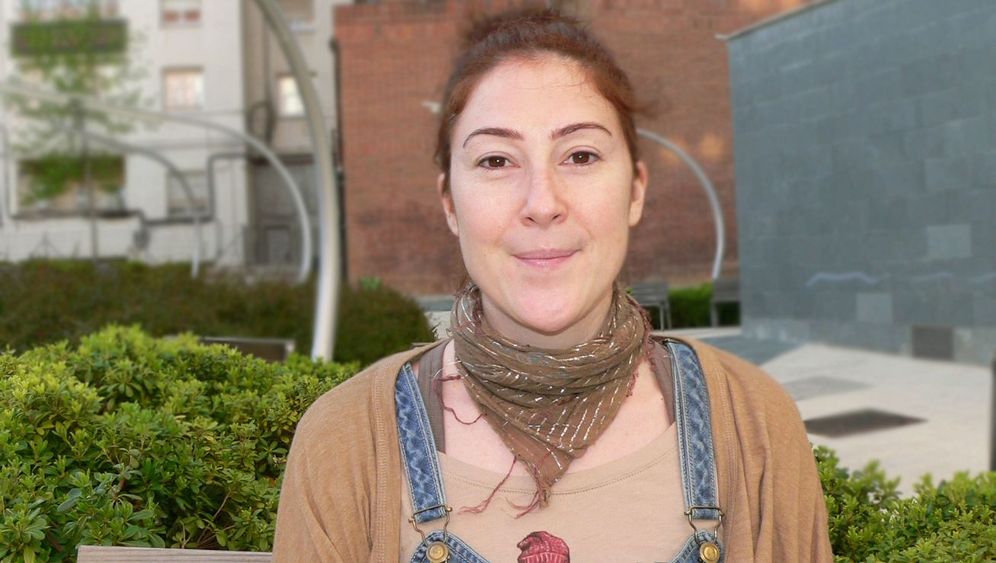 It was nearly five years ago that Mónica Campos first started using her body to make money. Spain's construction industry was collapsing and Campos' husband Eduardo had to give up his business selling used luxury cars as his customer base dried up. Soon, the couple was no longer able to afford their monthly mortgage payment on a house with a garden in Maçanet de la Selva. The bank was threatening to foreclose and Campos could already picture herself on the street, with a four-year-old and an infant.

"I needed money desperately," says Campos, 34, who has long, dyed-blonde hair. She worked for a time as a model while still in high school, but as the real-estate crisis hit Spain, she approached a private clinic for reproductive medicine in Granollers, near Barcelona, about becoming an egg donor.

For each donation cycle, Campos received just under €1,000 ($1,300), as recommended by the Bioethics Committee of Catalonia, as compensation for both her time and the inconvenience. But for Campos, the fee she received was far more than that -- it was the answer in her search for a way out of her family's financial misery.

Despite a legal limit of six donations, Campos had her eggs harvested 14 times in just under two years. She earned around €10,000, exploiting her body to keep her family from plunging into poverty. Since both she and her husband were self-employed, neither of them could claim unemployment benefits. Only after a year did they start receiving a family allowance of €640 a month. "It's a risk I was willing to take," Campos says of her donations. "I didn't care."

At the same time Campos was struggling to provide for her family, a German woman in her mid-thirties, living in the city of Freiburg, was engaged in a struggle of another kind. She wanted to get pregnant, but it simply wasn't working. Even treatments with natural remedies and acupuncture made no difference.

After years of failed attempts, the woman, now 40, traveled to Barcelona in early April. There, at Clínica Eugin, doctors impregnated her with a donor egg fertilized with her husband's sperm. Because this procedure is illegal in Germany, her name cannot be used here. She was filled with hope for a positive outcome when Valérie Vernaeve, medical director at the renowned fertility clinic, squeezed her hand and said, "This time you have all you need for a pregnancy."

The stories of the two women are not directly linked. Both, however, take place in Spain -- and both are the product of personal crisis.

And, they are telling. Over the last two decades, Barcelona has become the top destination for European couples and single women trying to have children. Patients also travel here from North Africa, the United Arab Emirates and Russia -- and increasing numbers come from Germany. The most cutting edge in vitro fertilization techniques were developed here, and are regulated by a 2006 law. Spain's first test tube baby was born almost 30 years ago at a Barcelona clinic called Dexeus, which also achieved the country's first birth as a result of egg donation.

Now, with Spain experiencing its worst economic crisis since the end of Franco's dictatorship, medical tourism is one of the country's few booming industries. Spain leads Europe in the donation and transplantation of both organs and eggs.

Clínica Eugin alone oversaw more than 3,000 donation cycles last year, around 10 percent of all such treatments throughout Europe. One of the largest egg, sperm and embryo banks is also being established here.

Thanks to a super-fast freezing process called vitrification, within a few years women may routinely be able to use their own eggs, harvested during their younger years, for in vitro fertilization. Then they would no longer need to rely on implantation with donor eggs, which can cost up to €10,000 in Spain and much more in Great Britain or Denmark.

For now, however, clinics are in need of more donors. And with Spain having been hit hard by the euro crisis -- suffering from 26 percent unemployment and 56 percent youth unemployment -- more and more Spanish women are willing to submit to the difficult harvesting procedure. Egg donation takes place anonymously, and a maximum of six children can be born from eggs donated by any one woman.

Mónica Campos received a thorough check-up at the clinic, where a minimum of 10 appointments are necessary. Potential donors are tested for hereditary diseases and possible genetic defects; they have blood drawn, receive an electrocardiogram and undergo a psychological evaluation. Then, for two weeks at a time, Campos would administer daily hormone injections to her abdomen to stimulate her ovaries and produce more eggs. Only then was she anesthetized so that the mature egg cells, six at a time, could be harvested. Campos says that recipients became pregnant each time.

After every donation, Campos would approach another clinic in Barcelona or the surrounding area as soon as she could, ready to donate again and keep her source of income. She didn't tell the doctors about her previous donations. "I lied to them," Campos admits, justifying her actions with her desperate financial situation. Instead, she told the clinic doctors she was motivated by a desire to help infertile women conceive. That was an answer her examiners were happy to hear, she says. She didn't say anything to them about money.

The dire economic situation in Spain is attracting more potential egg donors, says Buenaventura Coroleu Lletget, head of the Reproductive Medicine Service at Dexeus. Lletget sees this as an advantage, since it provides doctors with a larger pool from which to find the best possible phenotypic match between donor and recipient, in terms of blood group, skin, eye and hair color, height and weight.

"But we are rigorous in our selection of applicants," he stresses, explaining that only 35 out of 100 women who apply ultimately make it as far as actually donating eggs, a third of them university students. A gallery of baby pictures next to his desk testifies to the clinic's success stories.

Private clinic Institut Marquès likewise advertises at universities, targeting its message to young donors and appealing to their desire to help others with the slogan, "What you don't give will be lost. Even your eggs." A consultation between the potential donor and a psychologist is meant to ensure that women don't donate for financial reasons. The clinic doctors also explain the associated risks and ask the women to sign a contract. Still, Jordi Suñol, who is responsible for the clinic's foreign patients, admits that there is no shortage of donors at the moment: "Because of the crisis, we have better parameters -- we want to find an ideal match, a suitable phenotype, for every woman."

Mónica Campos donated eggs regularly for two years, until her ovaries could no longer produce any more. She injected herself with the highest possible hormone dose, she says, but "it had as much of an effect as water." Her abdomen swelled, but her body didn't produce any more eggs. The clinic hurriedly handed her €300. At an ultrasound appointment two weeks later, the clinic told her everything was going fine and that they would call her. They never did.

That was the end of Campos' egg donations -- and of her health as well. Three years after her final course of hormones, Campos' gynecologist diagnosed her with abnormally enlarged ovaries. She experiences chronic pain, not only in her abdomen, and in 2010 was diagnosed with fibromyalgia, a condition that makes every movement agony. She has been medically certified as 51 percent disabled -- but only a disability of 65 percent or more would qualify her to receive a pension.

Campos barely eats anymore, trying to lose the weight she has gained. Her illness makes her irritable and her marriage is barely holding up under the strain. Her husband remains unemployed. The one small bright spot for the couple is that they have obtained a two-year debt moratorium and will be able to keep living in their house for at least that long.

Cases such as Campos' occur because Spain doesn't maintain a national register of egg donors. Elisabeth Clua, a biologist at Dexeus, agrees it's possible some women may donate too often. For data privacy reasons, one clinic can ask to see another clinic's records only with the applicant's permission.

Not wanting to come across as profiting from the financial crisis, the clinics themselves prefer to show off a different type of donor -- Tania Lorenzo, for example, a 33-year-old whose copper-colored hair and pale complexion make her a good match for some British recipients.

Lorenzo, a waitress, says she learned of this possibility to "help other women" in 2008 through friends. She's remained true to Eugin ever since. She also donates blood and always carries her organ donor card in her purse. "This is something I feel good about," she says. "If anything were to happen to me, someone would help me too."

Meanwhile, for the German couple from Freiburg, the trip to Barcelona proved a success, resulting in a long-desired pregnancy. The 40-year-old patient had herself undergone hormone treatment unsuccessfully, and believes egg donors deserve more than the compensation they receive. And more than anything, she wants Germany to legalize donor egg implantation.

Mónica Campos, for her part, is considering hiring herself out as a surrogate mother. Surrogacy is banned in Spain, but couples in the United States will pay up to $150,000 (€110,000) for it. "If a rich couple provides me with a place to live, I'll carry their baby," Campos says.