Anyone who breaks a law can hardly excuse his actions by claiming that he is acting within the scope of the law. In any case, it won't help him much -- unless his name is Mario Draghi and he is the president of the European Central Bank (ECB).

The ECB is politically independent, but it is not above the law. It is only independent within its mandate, which is clearly defined by the European treaties: The central bank is tasked with safeguarding price stability in the euro zone -- no more and no less.

Draghi wants more, though; he wants to save the European common currency at all costs. The euro, he says, is "irreversible."

Many similar statements have already been made over the course of the euro rescue. There is no alternative to the measures that have been agreed, said German Chancellor Angela Merkel. But aside from the fact that there are always alternatives, the chancellor has been democratically legitimized; anyone who disagrees with her actions can punish her at the polls in the next election.

Draghi, on the other hand, has no democratic legitimization. And yet he has taken it upon himself to make the most important and possibly momentous decision in the history of the monetary union: defending the euro at all costs. Jens Weidmann, head of Germany's central bank, the Bundesbank, is the only member of the ECB's Governing Council to vote against this decision.

In the future, the ECB will be able to purchase sovereign bonds from crisis-ridden countries, provided these member states have already requested aid from the euro-zone rescue fund and meet the strict conditions that naturally go hand-in-hand with such a bailout. And what if they fail to meet these conditions? Will the ECB halt its purchases? The bankers won't be able to do that if Draghi's comment about the irreversibility of the euro is to be taken seriously.

So far, the ECB has already spent over €200 billion ($256 billion) buying sovereign bonds from crisis-stricken euro-zone countries. If the exception now becomes the rule, additional bonds worth hundreds of billions could quickly follow. German taxpayers are also ultimately liable for this amount -- without the German parliament, the Bundestag, having a say.

This Wednesday, Germany's Federal Constitutional Court is expected to decide whether the European Stability Mechanism (ESM), the permanent successor to the current rescue fund, is compatible with the German constitution. At stake here is the democratic legitimization of the euro rescue funds and the financial risk for Germany. It is seen as likely that the judges will put a ceiling on Germany's liability. But in view of the latest ECB decision, such limits are already useless before they have even been enacted. The ECB apparently stands above the Bundestag and above the Federal Constitutional Court.

And what is the German government doing? It's playing a double game. It supports both the ECB president as well as his main critic, Weidmann. Merkel is secretly pleased with Draghi's initiative because the chancellor would probably not be able to gain majority support in the Bundestag for additional euro rescue programs. That's why she is among those saying that the ECB is acting within the scope of its mandate.

If she said anything else, she would have to take action. She could, for example, file a suit with the European Court of Justice in Luxembourg in a bid to have the ECB decision nullified. The Bundestag could also pass a resolution calling for such a lawsuit -- and thus force Merkel to put her cards on the table.

But if there are no plaintiffs, no judges will intervene. In such a situation, Mario Draghi is the most powerful man in Europe, undeterred by courts or parliaments.

The euro may be irreversible, but apparently democracy is not. 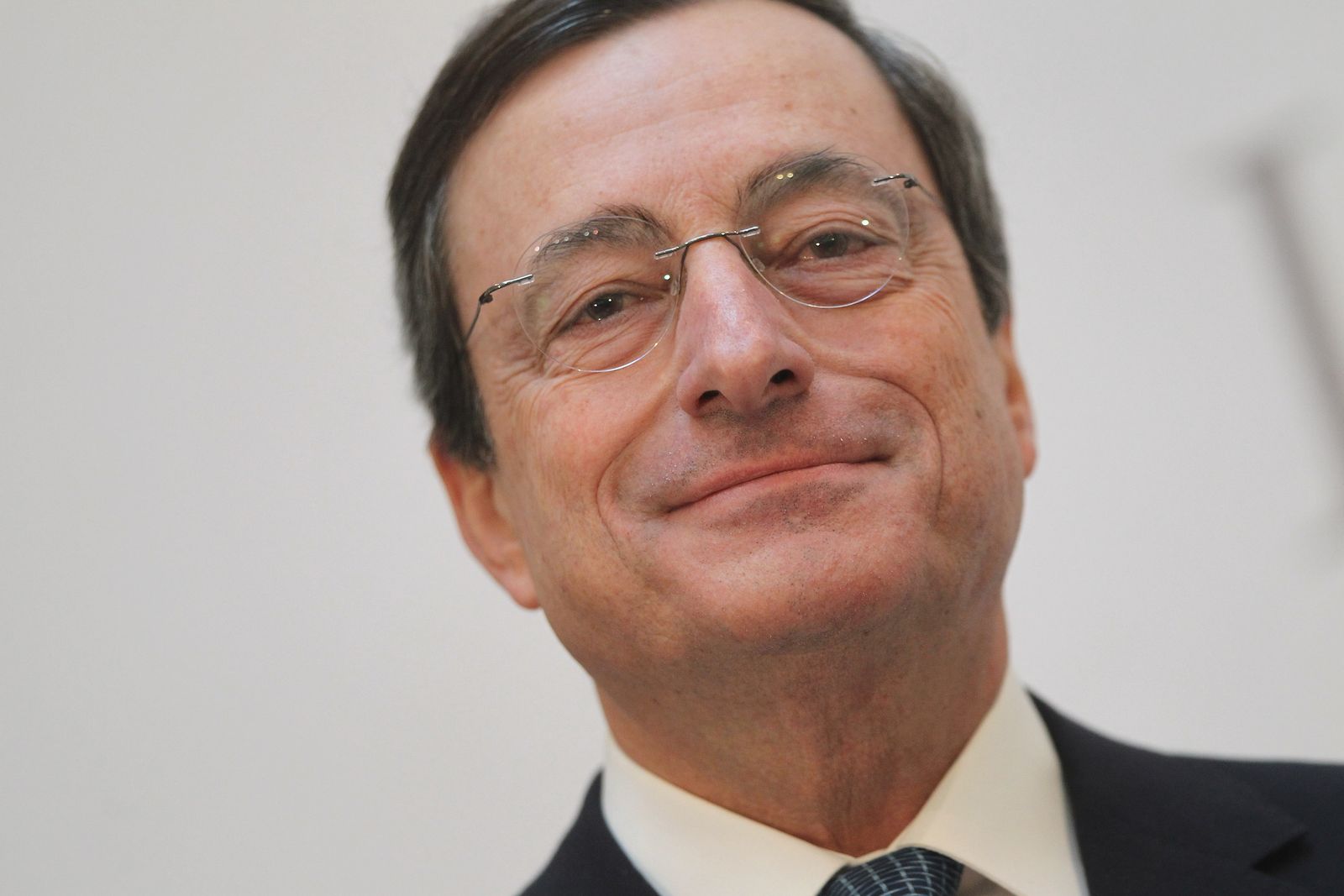