It's time to put an end to the subterfuge and insanity. It is time for a judicious political process and for cooperation in the Ukraine crisis.

The scenes of the past week couldn't have been more contradictory. A civil war is raging in eastern Ukraine, yet Gerhard Schröder met with Vladimir Putin for a night out to celebrate the former German chancellor's 70th birthday. At the same time, German soldiers, part of the OSCE monitoring mission in Ukraine, were being held hostage by a self-appointed "people's governor." Schröder's gesture struck many as obscene and it is certainly not the correct way to deal with a man who is threatening peace in Europe. Dialogue, yes. But that kind of open embrace is unacceptable.

But what should such a dialogue focus on? And which steps would be the most reasonable to take? To embark on such a path, Germany and the West must adopt a unified posture, a common goal and a roadmap for achieving it.

There are two fundamental aspects that must define Germany's position in the Ukraine crisis: There should be no war and no equidistance, but rather a clear affiliation with the Western alliance.

On the issue of Ukraine, an asymmetrical resolve is currently prevailing. Vladimir Putin is prepared to deploy his military, but the West, correctly, is not. German and other NATO soldiers shouldn't be asked to die for Ukraine. That is an advantage for Putin; he knows that no one will try to stop him militarily. The West must accept this, for it also has other options at its disposal.

Many Germans have indulged Russia thus far. It seemed as though a Cold War desire for equidistance had returned in recent weeks, the yearning for a neutral position between the West and the East. With all due respect for Russia and its interests, however, Germany belongs to the West, to the other democracies -- even if the positions of the United States are sometimes difficult for Germans to swallow. Our security and sense of political and cultural belonging comes exclusively through our ties with our partners in NATO and the European Union. A German Sonderweg, or special path, would be tantamount to surrendering to Russia, just as Schröder surrendered himself and now appears to be Putin's puppet.

In terms of the goal in Ukraine: Peace must trump unity and unity must be decided by the majority in each region. It would be good if the Ukrainians remained one cohesive country because that would offer them the best prospects for prosperity. But if the people in the eastern part of the country determine they absolutely want to declare their independence or become part of Russia, they should also be given the possibility to do so. If a majority determines it wants to remain part of Ukraine, then everything possible must be done to ensure that the country remains intact. The people shouldn't be forced into a hurried vote under pressure as happened in Crimea. It should be done in an orderly manner.

The path to that end begins with trust. The West loses nothing by making it clear that Ukraine will not become a member of NATO or the EU in the foreseeable future. Such a pledge would assuage Russian fears of the two alliances moving even closer to Russian territory and would stabilize their sense of security.

It is imperative that the forces driving the current madness be contained. The first step must be a cease-fire observed and enforced by both sides. Both the ultra-nationalist militias in western Ukraine and the separatists in the east must be disarmed and reined in. This is already called for in the Geneva agreement and needs finally to be fulfilled. The second step is a referendum in eastern Ukraine under the oversight by the international community. If separatism prevails, then the West will have to live with it. If unity prevails, then Russia must accept it.

There are two dates right now that are disrupting that path. Ukrainians in the eastern part of the country want to vote on secession on May 11. The government in Kiev wants to hold elections across the entire country on May 25. It is too early for either of these votes to take place. Ukraine needs time and repose before balloting can begin; intimidated voters cannot make their decision freely. An additional three months would be appropriate. Disarmament and peace must come first, then the referendum and then elections.

Putin needs to know that the West is prepared to give him one more chance -- this one. Thus far, he has feinted, lied, provoked and violated international law. The West, too, has made mistakes. But it is now time to start with a clean slate. It is time for the spirit of cooperation to prevail on both sides -- and the will for peace.

If Putin doesn't fulfill his obligations, if he torpedoes the process, tough economic sanctions must follow immediately. They will be painful to Russia, but also to Germany and its partners. Complaints, though, should be ignored. Political order on the Continent and the containment of an aggressor must take precedence over gross national product. 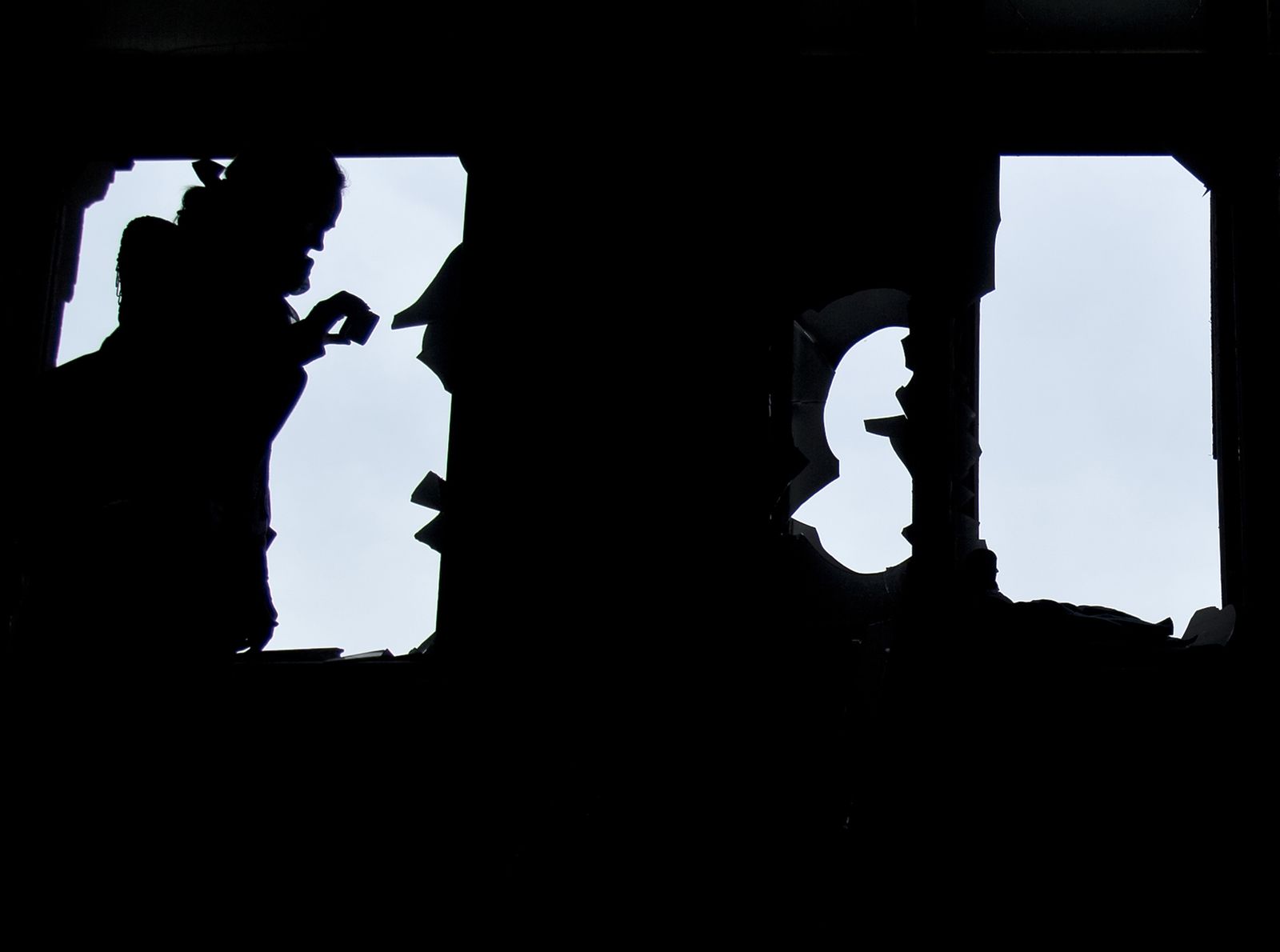 A woman takes pictures inside the burned out trade union building, in Odessa, Ukraine, where at least 40 people died last Friday.