SPIEGEL: Mr. Prime Minister, many people think that a number of countries have to leave the euro zone. Are they right?

Katainen: I can understand that sentiment. But I still hope that this won't happen. It would be a great leap into the unknown. We would all benefit if it didn't occur.

SPIEGEL: But the anxiety is increasing. Your Italian counterpart Mario Monti said in a SPIEGEL interview last week that too much democratic control of governments by national parliaments made it "more probable" that Europe would break apart. Is that also your view?

Katainen: No. We in Finland openly discuss the various aspects in parliament. That is the essence of democracy. There is no difference between the government's position and the position of the majority of the parliament.

SPIEGEL: The Italian prime minister specifically complained about Finland. If a government attending an EU summit on saving the euro sticks to the guidelines laid down by its parliament in an "entirely mechanical" way, then this endangers the euro, he claims.

Katainen: The Finnish government's position would be no different without parliament. We favor using money from the European rescue fund as efficiently as possible. We stand by this position in parliament and are supported by the parliamentarians.

SPIEGEL: In the Finnish parliament, there is a strong opposition party that calls itself the True Finns. It's urging Finland to leave the euro zone and the EU.

Katainen: The True Finns have no influence on the government's position. But even this party is no longer calling for a withdrawal from the euro zone. That is, in any case, what it said in response to my question in parliament when the last rescue package was approved. According to the last opinion poll, two-thirds of all Finns were for the euro. But of course we're concerned about the size of the European rescue packages.

SPIEGEL: You don't have to worry because you are the only country in Europe that has negotiated collateral deals with Greece and Spain in exchange for financial aid.

Katainen: When we formed our governing coalition over a year ago, we felt it was necessary to limit our claims on the other European countries. We have to pay a price for the collateral when it comes to the ESM (European Stability Mechanism) rescue fund because, in contrast to other countries, we have to pay in our entire share in one installment. We stand by the euro. We have only demanded special treatment when it comes to the collateral.

SPIEGEL: Other countries would also have no objections to collateral in exchange for additional billions in aid. But do you think it's realistic that everyone could receive sufficient collateral for their bailouts?

Katainen: My honest response: probably not. But it could help solve the problem if the ailing countries issued covered bonds that are backed by state-owned collateral. We have to do everything in our power so Spain and Italy will continue to receive money on the private capital market.

SPIEGEL: Finland was also in a crisis in the 1990s and, thanks to such collateralized bonds, managed to come through without outside help.

Katainen: Correct. We used property assets from the national home financing agency as collateral, and this allowed us to significantly reduce the interest rates. Furthermore, we managed to cut public spending by 10 percent of economic output within a short period of time. We will never forget this formative experience.

SPIEGEL: Would Spain and Italy also be able to emerge from the crisis on their own?

Katainen: At the very least, the proposal that we made at the last EU summit could help. At the moment, it's probably not worth it for the ailing countries to sell state assets when prices are so low. Instead, they could use these holdings to secure loans and later sell them on the market.

SPIEGEL: Monti recently visited you. What did he have to say about your proposal?

Katainen: He was noncommittal. Italy and Spain are introducing major structural reforms that are simply not being recognized in the market. Covered bonds could be a solution here to bridge an uncertain period until the market honors the reforms.

SPIEGEL: Spain currently has to offer interest rates of nearly 7 percent on its long-term sovereign bonds. The Spanish are calling for significantly more solidarity from the Europeans. Are the Finns prepared to provide that?

Katainen: The interest rates are unfair in view of the reforms that the Spanish have introduced or, at least, announced. So we have to think about what we can do to counter the panic on the markets.

SPIEGEL: For instance, the purchase of sovereign bonds, which Finland has until now steadfastly rejected?

Katainen: We take a very critical view of this. The European Central Bank has purchased sovereign bonds on the secondary market -- and that has only briefly helped on each occasion. We are not being anti-European by rejecting this. We have to find other ways and means. The solutions have to be efficient and sustainable.

SPIEGEL: Despite the hundreds of billions of euros that the Europeans have amassed, the rescue fund's means would quickly be exhausted if, say, it had to bail out Spain.

Katainen: In no time, we would have a debate over how we could further shore up the firewall. We cannot reasonably expect this of our citizens. We have to use the available money as intelligently as possible.

SPIEGEL: Could you imagine the direct financing of countries like Spain through bond purchases on the primary market by the ESM?

Katainen: The purchase of sovereign bonds on the primary market could be part of a sustainable solution.

SPIEGEL: The euro was originally intended to unite the people of Europe. Now, it is forcing Europe to be divided into a stability-oriented north and a south that is calling for more and more money.

Katainen: Europe is like a family in which all the members promised to respect the rules. The crisis has revealed that this hasn't happened. We Finns find this unfair. Don't forget that many Finns are also affected by the crisis and are now unemployed. We are therefore urging stricter rules and greater monitoring rights for the European Commission in Brussels. People have to have the feeling that things are done in a fair manner.

SPIEGEL: In reaction to the crisis, big plans are currently being made in Brussels. Member states will be expected to relinquish a certain amount of sovereignty, and some people are calling for a European finance minister. Do you think that's a good thing?

Katainen: I'm opposed to new institutions. Too often, we have attempted to solve European problems with new agencies. It is the European Commission that has to be bolstered. When countries don't adhere to the rules, it has to intervene. All of the rules of the game have to be respected. And every state has to assume responsibility for its own economy.

SPIEGEL: At the last EU summit in Brussels, there was an effective coalition consisting of the southern countries, which sought to wrest more money and guarantees from the north. Isn't it about time for a northern alliance between Finland, Germany and the Netherlands, which are ultimately the countries that have to pay?

Katainen: I'm in favor of European unity. But it's natural that countries with similar interests talk with each other. We need a sustainable Europe. We are very concerned when the euro rescue funds are inefficiently used. That is what I also said to Mr. Monti. I don't know if he agrees. But he knows our point of view.

SPIEGEL: What do you think of the idea of giving the ESM a banking license, which would give it unlimited firepower to save Europe?

Katainen: We oppose this. A banking license would mean that there would no longer be any limit. It would increase the burden to such a degree that the aid would no longer be credible. I don't think there are simple tricks to resolve the crisis. 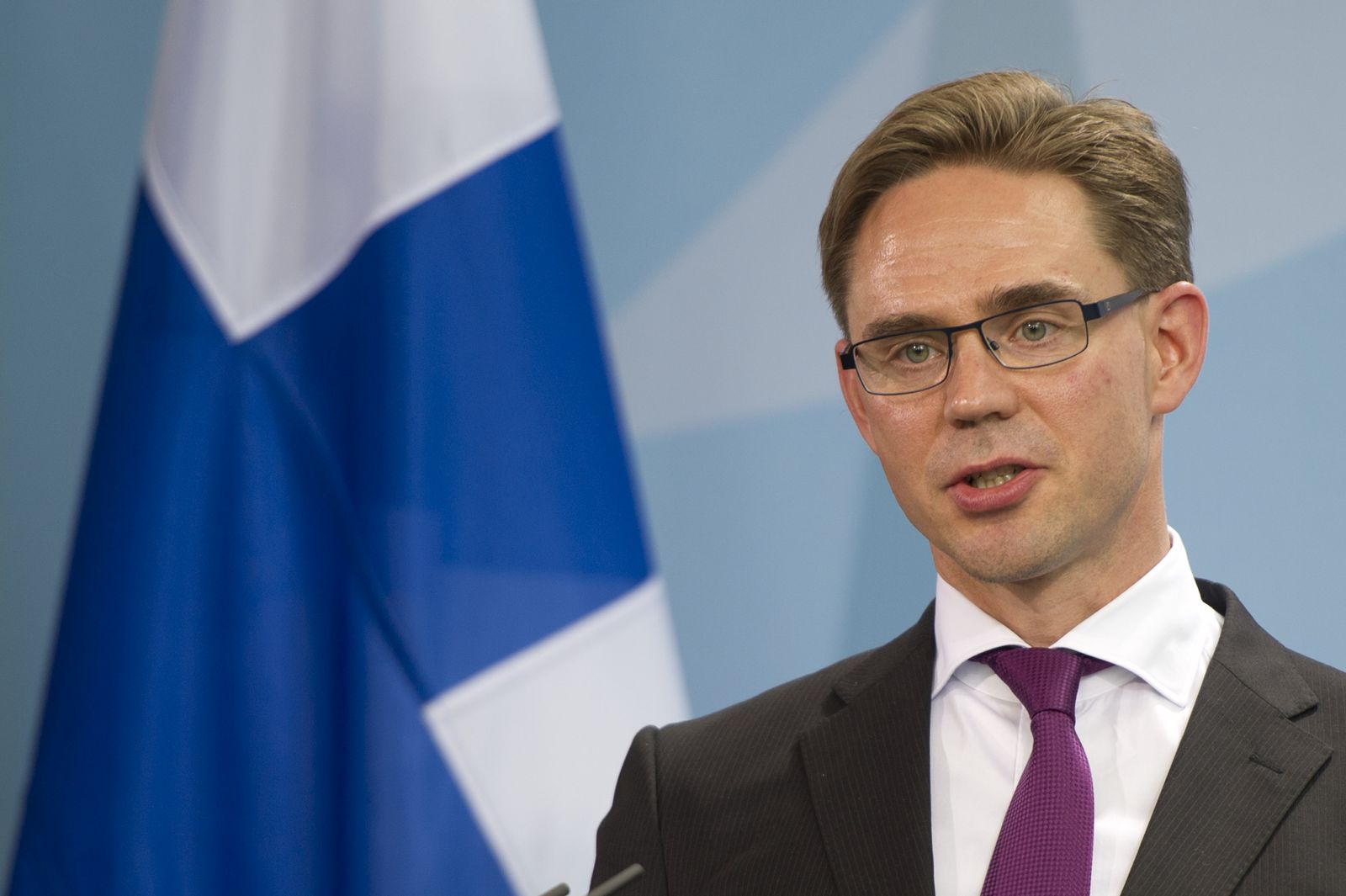 Finnish Prime Minister Jyrki Katainen (seen during a visit to Berlin in September 2011).