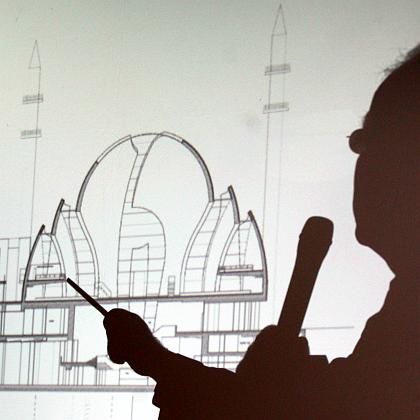 A planned mosque in Cologne is one of several in Europe being opposed by right-wing populists.

It seems like mosques have never been more controversial in Europe. A right-wing populist party has just announced an attempt to get the construction of mosques banned in an Austrian state. Meanwhile a right-wing group in Cologne is trying to stop a mosque from being built there.

But why have right-wing populist parties suddenly seized on the issue of mosques? SPIEGEL ONLINE talked to Oliver Geden, an expert on right-wing populism at the Berlin-based German Institute for International and Security Affairs (SWP), about why mosques provide the perfect topic for right-wing parties and how they are forcing mainstream parties to shift to the right.

SPIEGEL ONLINE: The right-wing populist party Alliance for the Future of Austria (BZÖ) is trying to get the construction of mosques and minarets banned in the state of Carinthia. Will they succeed?

Oliver Geden: I'm not sure if they will be successful. Their draft law is more an act of political communication. Jörg Haiders BZÖ, the strongest party in Carinthia, needs a majority in the state parliament to get the law passed, and I'm not sure they will get one. Even if they do, with the support of the Christian Democrats, Austria's high court may intervene, arguing that it is a case of protecting human rights and freedom of religion.

SPIEGEL ONLINE: Is there popular support for such a ban among the general public in Austria?

Geden: I haven't seen any poll numbers, so it's hard to say for sure, but clearly it is an issue which is supported by that part of the population which supports right-wing populist parties like the BZÖ and the Freedom Party of Austria (FPÖ). Such issues also appeal to a broader section of the population beyond the right-wing parties' usual constituency, but it is difficult to estimate how big that section is. One thing is sure, however: Within conservative and center-right parties there is a certain segment of the party base which feels disappointed that mainstream parties don't address such issues. These disappointed voters might then be attracted to right-wing populist parties because they feel alienated from mainstream parties.

SPIEGEL ONLINE: What strategy are right-wing populist parties following regarding the issue of mosques?

Geden: These parties are very clever. They usually focus on the question of minarets, so they can say: "We're not calling for a ban on Islam, but Muslims don't need minarets to pray." If they claim that mosques or even small prayer halls should be banned, then many people would say that was going too far. These right-wing populist parties like to provoke and present themselves as taking on issues which the establishment doesn't want to discuss. That way they can appeal to a broader base. But they have to tread a fine line: On the one hand, they want to attract criticism, so as to raise their profile, but on the other hand they don't want to be seen as too radical.

SPIEGEL ONLINE: Is the issue of the construction of mosques a big issue in other European countries?

Geden: The BZÖ basically copied an initiative in Switzerland, where the Swiss People's Party (SVP) is trying to collect 100,000 signatures so it can force a referendum on getting a ban on minarets written into the constitution. The whole process could take several years, but that's not a problem for the SVP -- if it takes a long time, then it means the issue is in the public eye and being discussed for longer.

We also have a similar case in Cologne, where a right-wing populist group is trying to block the construction of a symbolic large new mosque. There, the mayor, Fritz Schramma, is in favor of the Muslim community having the right to build such a mosque and supports a compromise based on the height of the minarets.

However, the issue is not being discussed in mainstream politics in Belgium or France. The mainstream parties there feel they can ignore the issue -- at least for now. Sometimes these parties suddenly realize after a couple of years that the issue has entered the mainstream of public opinion. 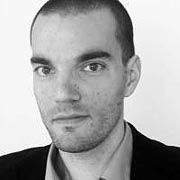 Oliver Geden is an expert on right-wing populism at the German Institute for International and Security Affairs.

SPIEGEL ONLINE: What effect do these right-wing populist parties have on the policies of mainstream parties?

Geden: At least on some issues, we are seeing a shift to the right. For example, in the Austrian state of Vorarlberg, a Muslim community asked a local authority if they thought it would be possible to build a mosque with a minaret. Within a matter of days, there was a legal discussion as to a possible law to regulate minarets. Ten years ago, no one would have thought about the question of regulation.

Or take the issue of a ban on wearing headscarves in the public sector, for example. Ten years ago, that was an issue for right-wing populist parties. Now many conservative parties in Europe are in favor of a headscarf ban.

SPIEGEL ONLINE: Why has that changed in recent years?

Geden: Obviously the crucial event was the terror attacks of Sept. 11, 2001 and the rise in Islamist terrorism. Many people now tend to fear Muslims and feel anxious about so-called "parallel" societies. That's the demand side, if you will. On the supply side, political parties are taking the initiative and thinking about what kinds of laws they could pass, and they come up with ideas such as regulating minarets. The man in the street has probably never thought about minarets before, but it taps into his fear of Islam and he can easily relate to the issue. The right-wing populist parties have an underlying narrative which is against Muslims, but in public they only say that they are against minarets, which they see as symbols of Islamic superiority. Then, if they are accused of being racist, they can counter by saying: "Well, we're only against minarets -- what's your problem?"

SPIEGEL ONLINE: Are we seeing more pan-European cooperation between right-wing populist parties on issues such as mosque building? Politicians from Austria's Freedom Party have supported the anti-mosque initiative in Cologne, for example.

Geden: Fot nationalist parties, it is not easy to find common ground. Attempts at Europe-wide co-operation have often failed because these parties weren't able to find an enemy they could all agree on. An alliance of nationalist parties in the European Parliament failed last November, because of growing tensions between Italian and Romanian nationalists. Some of these parties, namely the Freedom Party of Austria, the French National Front, the Belgian Vlaams Belang and the Bulgarian Ataka have recently anounced to try it again. By the end of 2008, they want to bring together at least 10 far-right European parties. The "struggle against Islam" will doubtlessly be one of the project's favored subjects.

SPIEGEL ONLINE: What can the Muslim community do to counter the trend?

Geden: The key word is communication. On the one hand, the Muslim community has to communicate well with the general public. In the Cologne case, there have been certain shortcomings in terms of communication on the Muslim side, although of course one cant only blame them for the way the public debate has developed.

On the other hand, sometimes the best thing is for the Muslim community simply not to react or only to do so very calmly. These right-wing populist parties want, above all, to provoke -- they want to claim that they are discussing issues which the establishment wants to avoid at any cost. So, sometimes the best thing is simply to ignore them or, even better, to respond in a very calm way. After a couple of days, the issue will have disappeared from the public eye.

But then, if a right-wing party is getting, say, 30 percent of the vote, as in Switzerland or in parts of Austria, then the media can no longer ignore the issues that they bring up. Otherwise the right-wing parties can claim that the media and the establishment are building a bloc against them and claim that they fear discussion. It's a fine line.