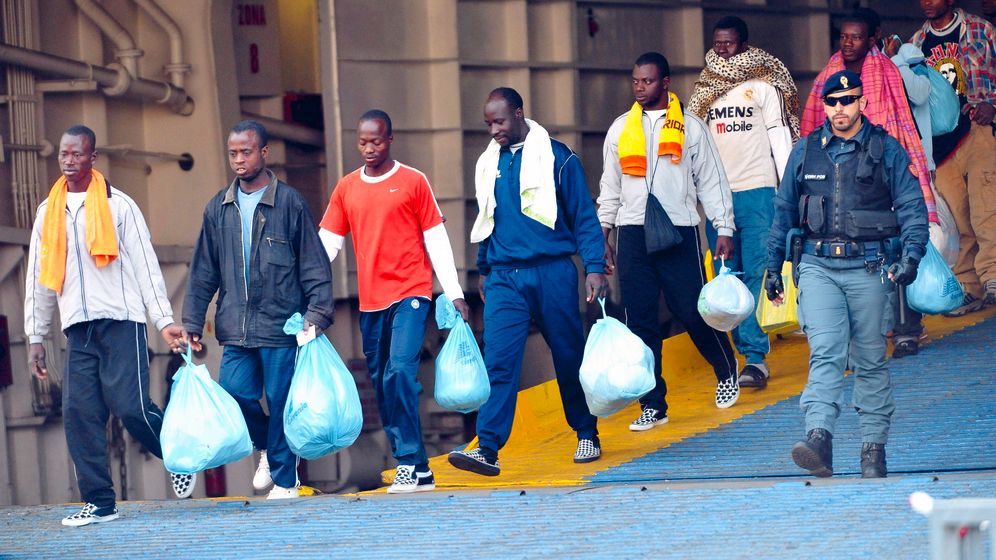 It was Friday the 13th when José Manuel Barroso mustered all his strength to repel the most serious attack ever launched against the European Union.

"Dear Prime Minister," the head of the European Commission wrote to Danish Prime Minister Lars Lokke Rasmussen, "I received a first legal assessment of the announced measures from the Commission services. This analysis raises important doubts about whether the proposed measures would be in line with Denmark's obligations under European and international law." The Portuguese politician also warned the Dane against taking "unilateral steps."

It sounded like the prologue to a declaration of war. The nation that had provoked this great continent was little Denmark, a country smaller than the German state of Lower Saxony. Ten years after the abolition of Danish controls on the borders with Germany and Sweden, Copenhagen has announced its intention to reverse this step. Goodbye, free movement of goods and people!

"We noticed an increase in cross-border crime," Danish Finance Minister Claus Hjort Frederiksen said in defense of the move: "It involves drugs, human trafficking and the smuggling of money. We want to put a stop to this." Justice Minister Lars Barfoed added: "We especially have to shut down Eastern European criminals." It sounded as if Denmark's existence was suddenly under threat.

In a little over two weeks, Copenhagen plans to reintroduce controls and, by the end of the year, make 35 million crowns (€4.7 million/$6.6 million) available to employ additional police and customs officials. The Danish government contends that this is "compatible with the Schengen Agreement."

Not So Fast, Denmark!

That assessment appears to be somewhat premature. Under Article 23 of the Schengen Borders Code, a member can in fact reintroduce controls at inner EU borders "in the event of a serious threat to public order or national security." However, these measures can only be maintained for a maximum of 30 days or as long as the "serious threat" persists. There is no such threat in sight between Germany's Flensburg and the town of Tonder on the Danish side of the border.

Luxembourg Foreign Minister Jean Asselborn, who always likes to speak frankly on such occasions, described the Danish move as a "breach of law."

"Schengen is the EU's most popular and citizen-friendly achievement," he said. "I expect the Commission to do its utmost to defend the principles of the European Community."

The Germans are also outraged by the impending reintroduction of border controls, which will primarily affect Denmark's large neighbor to the south. The plans could spark a "spiral of mistrust," predicted German Interior Minister Hans-Peter Friedrich of the conservative Christian Social Union (CSU).

Critics say that instead of curbing the activities of Eastern European mafia, the new measures are more likely to have a major impact on commuters from the German state of Schleswig-Holstein who cross the border every day. The South Schleswig Voters' Association, which represents Danish and Frisian minorities in the region, already believes that the German-Danish border area will become a "high-security zone."

Above all, thanks to the Danish initiative, the Bavarian CSU and its sister party, Chancellor Angela Merkel's Christian Democratic Union (CDU), now run the risk of being drawn into a debate that appeared resolved long ago. Indeed, their conservative supporters, who are afraid of being overrun by foreigners, have been following the developments of recent weeks with growing concern. They are worried because Germany opened its doors to jobseekers from a number of Eastern European countries on May 1 -- and they are concerned about Italy's decision to give refugees from North Africa transit documents enabling them to travel on to other European countries.

Schengen is also a contentious issue within the CDU ranks. Last summer, two politicians from the eastern German state of Saxony called for the reintroduction of controls on the borders with Poland and the Czech Republic. They argued that these countries are being used to launch increasingly brazen operations involving stolen German vehicles. In effect, this proposal was inspired by domestic political issues.

Recent developments in domestic politics are also behind the decision in Denmark, where new elections are expected to take place soon. The prime minister can call for them at any time, and three weeks later the country will cast their votes. But Rasmussen has apparently hesitated due to his abysmal opinion poll ratings and is waiting for a more opportune moment. In order to retain his majority in the Danish parliament, the Folketing, he has once again given in to demands from the right-wing populist Danish People's Party (DF) -- this time on the issue of border controls.

Without even being in the government, the Danish People's Party ensures that the current minority cabinet has a majority in parliament. But the price is high. When it comes to key policy decisions, the government has to earn the right-wing party's support by making concessions on Denmark's policies on immigration and foreigners, as was the case here. In exchange for her approval of proposed pension reforms, Danish People's Party leader Pia Kjaersgaard demanded the reintroduction of border controls "on land, at sea and in the air."

By November, at the latest, new elections will be held in Denmark, and the balance of power may very well shift. This could also ease restrictions again on Denmark's borders. 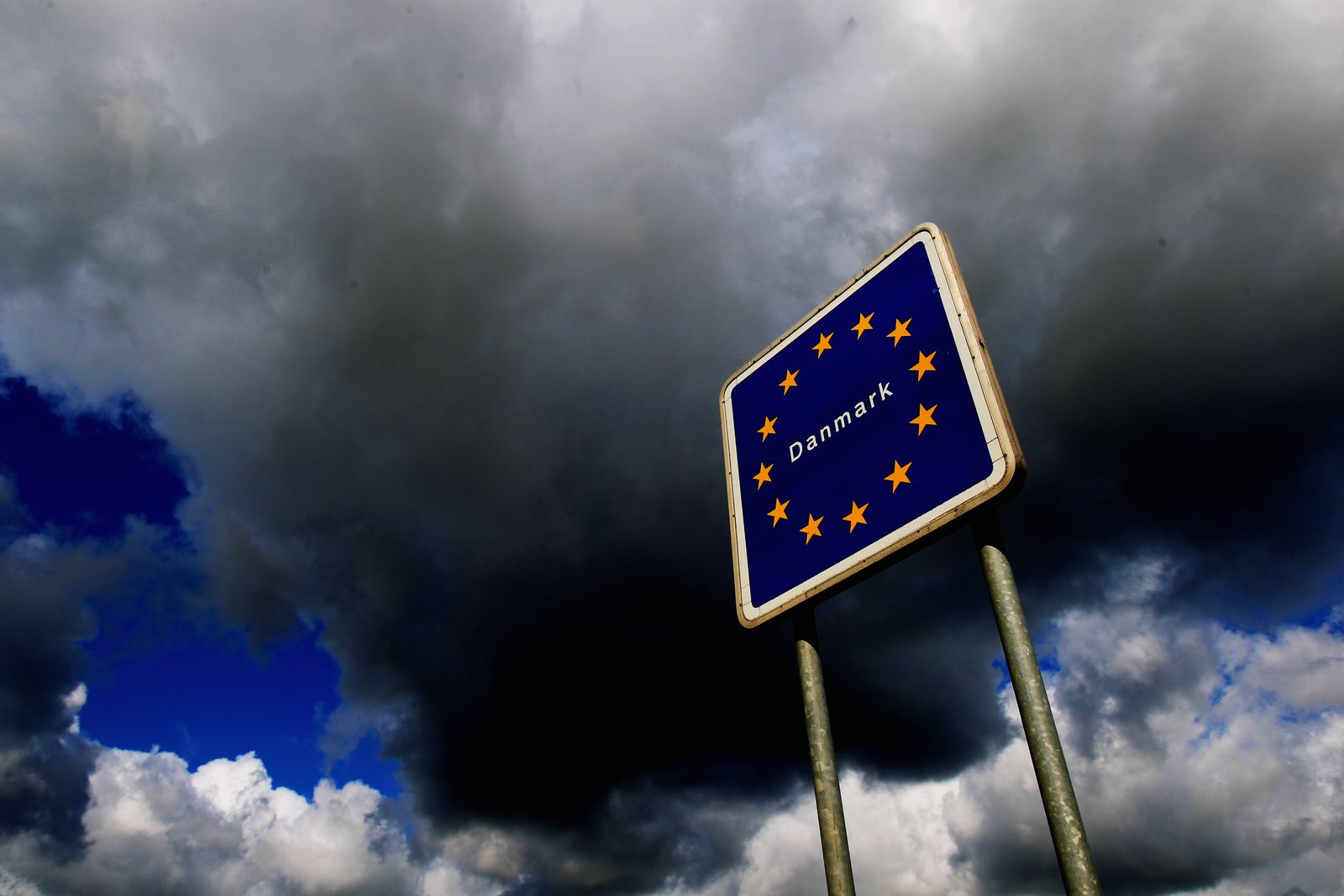 Currently, Schengen countries are only allowed to reintroduce border controls on a temporary basis if there is a "serious threat" to public order or internal security, such as preventing hooligans from traveling to sporting events. While they may violate EU law, Denmark's new border checks signal a growing nervousness among member states about immigration that is manifesting itself in the form of support for right-wing populist policies.