The pressure from the Americans was "massive," say diplomats in Brussels. US Secretary of State Hillary Clinton apparently told her European counterparts that the fate of the West hung in the balance. And in the capital cities of Europe, American ambassadors stormed governments like door-to-door salespeople. As one EU foreign minister put it, "they pulled out all the moral and political stops."

Because what the Americans were selling was controversial indeed. Early next week, the European Parliament's Justice and Home Affairs Council will meet and decide upon a draft agreement between the EU and US, the so-called "SWIFT agreement." This agreement allows the US ongoing access to European banking data for the purposes of anti-terrorism investigations.

And, the Americans said, if Washington's security services were now refused access to the financial transactions of European citizens, then an essential element of the war on terror would be missing. Security levels would drop, the threat of new terrorist attacks would rise -- including in Europe. And who would want to be responsible for that?

Nobody, of course. Which is why, after some pressure, the governments of the European Union's 27 member states eventually bowed to Washington's wishes. The governments who held out the longest were those in Germany and Austria. But this week, Berlin's new coalition government also came around. Interior Minister Thomas de Maizière informed his colleague Justice Minister Sabine Leutheusser-Schnarrenberg, who belongs to the liberal Free Democratic Party (FDP), that he would not block the American proposal in Brussels. There would not be a German "no," however. Instead, he would simply abstain from the vote.

For the FDP, the issue had been a potential coalition-breaker up until relatively recently -- but now the FDP contingent in the German cabinet took it all in their stride. Left out in the cold by Berlin, the politicians in Vienna lost their nerve too and also gave in.

Hence this coming Monday, the EU's interior ministers look highly likely to implement an agreement with Washington that has been politically divisive and which is of dubious legality. The whole process is being hurried along. On Dec. 1 the Lisbon Treaty comes into effect -- which would mean that the European Parliament would also get a say in the matter. And in this particular case, that is not considered desirable. The majority of the EU parliamentarians are opposed to the exchange of private banking data and could try to block the agreement.

Some members of the European Parliament are so indignant about the whole affair that they have accused foreign ministers of tricking and ignoring them. "We did not concertedly fight for so many years for a new era of cooperation in European domestic policies just to be hoodwinked in the final stages," said Alexander Alvaro, a spokesperson on domestic issues for the FDP in Europe and speaker for European interior affairs in Brussels. And on Thursday Jerzy Buzek, the Polish president of the European Parliament, wrote an urgent letter to the relevant EU ministers asking them, at the very least, to postpone the meeting. But there is not much hope of that.

Americans Had Access to EU Banking Data For Years Already

In the spring of 2006, an outraged Europe discovered that the American intelligence services, including the CIA and other agencies, had been accessing European banking data illegally via the Society for Worldwide Interbank Financial Telecommunication. The society, SWIFT for short, is a cooperative organization comprising over 8,000 financial institutions working in over 200 countries. But it is not a bank and holds no funds. What it does is operate a network of international financial messages. SWIFT computers register millions of these every day, worth, on average, around €5 trillion per day. The term SWIFT has become shorthand for the standardized, international banking codes that allow banks, and their private customers, to transfer funds to each another. The firm is registered in Belgium but one of its two major computer servers is located in the US.

And when US officials began to hunt for the terrorists behind the Sept. 11, 2001 attacks and wanted to follow the money trail of potential terrorist organizations, the SWIFT server in the US came in very handy indeed. The CIA, the FBI, the US government and the major banks all put pressure on SWIFT until the society "voluntarily" began to hand over millions of pieces of data. They passed on such information as the names of the principal actors in transactions, such as the payer and payee, as well as addresses, identification document numbers, account numbers, amounts and the designated purposes for the money. Justification for the breach of banking privacy came from Washington, which said that it was imperative to dry up sources of terrorist funding. And European leaders -- some of whom were informed throughout by SWIFT about what was going on -- simply accepted this. At least until 2006, when American media reports detailing the handover of financial data were published.

Privacy advocates and liberal politicians were outraged. Because it wasn't just terrorists who were being investigated. The potential was there for anyone's data to fall into the US intelligence service's hands. The SWIFT data meant it was possible to follow the financial activities of companies and private individuals in detail.

'Why Does Donald Rumsfeld Want To Know About My Money?'

"Why does the US Secretary of Defense Donald Rumsfeld need to know when I transfer some money from Rabobank to the Sparkasse bank?" complained Luxembourg's Foreign Minister Jean Asselborn. Experts warned about the possibility of industrial espionage -- the US might pass the financial data on to the Russians or the Chinese, for example. In Germany politicians demanded answers. The head of the FDP, Guido Westerwelle, who is now Germany's foreign minister, requested an "immediate halt to the transfer of such data -- and at the very least, a suspension," as well as "measures to prevent such serious breaches of privacy in the future."

The Belgian government also saw things this way. Which is why SWIFT, whose headquarters are based near Brussels, began to build a new data center in Switzerland with a view to moving any EU-data operations out of the American center. This also means that no American pressure can be brought to bear on SWIFT in the US and the European data, which makes up over two-thirds of all SWIFT traffic, would be safer. Or so they thought.

Among the grateful users of the SWIFT data that the Americans were extracting were European security agencies. The services are not actually allowed to gather this kind of information themselves. Which is why European anti-terror experts and their political representatives made a point of staying on cozy terms with their American colleagues. As European Commission Vice-President Jacques Barrot has said, trans-Atlantic cooperation in this area is "indispensable" and the data gathered had proven "absolutely useful and effective" in the fight against terrorism.

In closed sittings, Gilles de Kerckhove, the EU's counter-terrorism coordinator, warned doubters about "anti-terror apathy." The attacks in London in 2005 and Madrid in 2004 saw EU security threat levels raised to a new level and without the US's work on financial data there would be a "risky hole" with unknown consequences, de Kerckhove said.

According to a restricted report on the SWIFT surveillance operation, there have been noteworthy achievements. European security services received around 1,400 leads from the surveillance. Between January and September 2009 alone, they had over a hundred leads. Three potential terrorists were captured in Britain before they could carry out an attack which they had planned in detail, thanks to the SWIFT surveillance. These three were later sentenced to over 30 years in prison.

The SWIFT information also apparently helped in the 2007 capture of three German members of the Islamic Jihad Union, an organization believed to be based in Pakistan with close contacts to al-Qaida, the Taliban and Pakistani jihad groups. Despite such glowing praise though, no detailed proof has ever been presented about the SWIFT surveillance's alleged efficacy.

The political power play had an impact though. In July 2009, the EU's foreign ministers requested that the European Commission negotiate some sort of agreement with the Americans. They didn't want to abolish the co-operation over banking data, they just wanted to put it on a proper legal footing and to come up with some binding, mutually acceptable rules. The worry was that if this didn't happen, then the Americans would take matters into their own hands and, for example, pressure the Belgians into "volunteering" information again. Which is why the European Commission then put down on paper a provisional plan for continuing the cooperation with the Americans for the coming year. A more definite agreement could then be formulated within the 12 months that followed.

At the beginning of the latter process, there was still a lot of opposition to the deal, particularly from the FDP in Germany. Alvaro even warned of the "burial of banking secrecy." His fellow FDP party member, Leutheusser-Schnarrenberg, described the issue as a "violation" of data protection laws.

In their coalition agreement with the CDU, the FDP agreed that Berlin should not give in on the matter. And on security issues like this, all it takes is one dissenting voice within the EU to scupper a whole deal. However, over the course of this week, the FDP became quieter and quieter on the subject.

Far away in Strasbourg, where the European Parliament is currently sitting and where representatives are indignant about how various member administrations are ignoring democratic principles, a resigned Alvaro had only this conclusion to make on behalf of the Europeans.

"If we always bow to the US," he noted, "we will never be able to negotiate with them as equals." 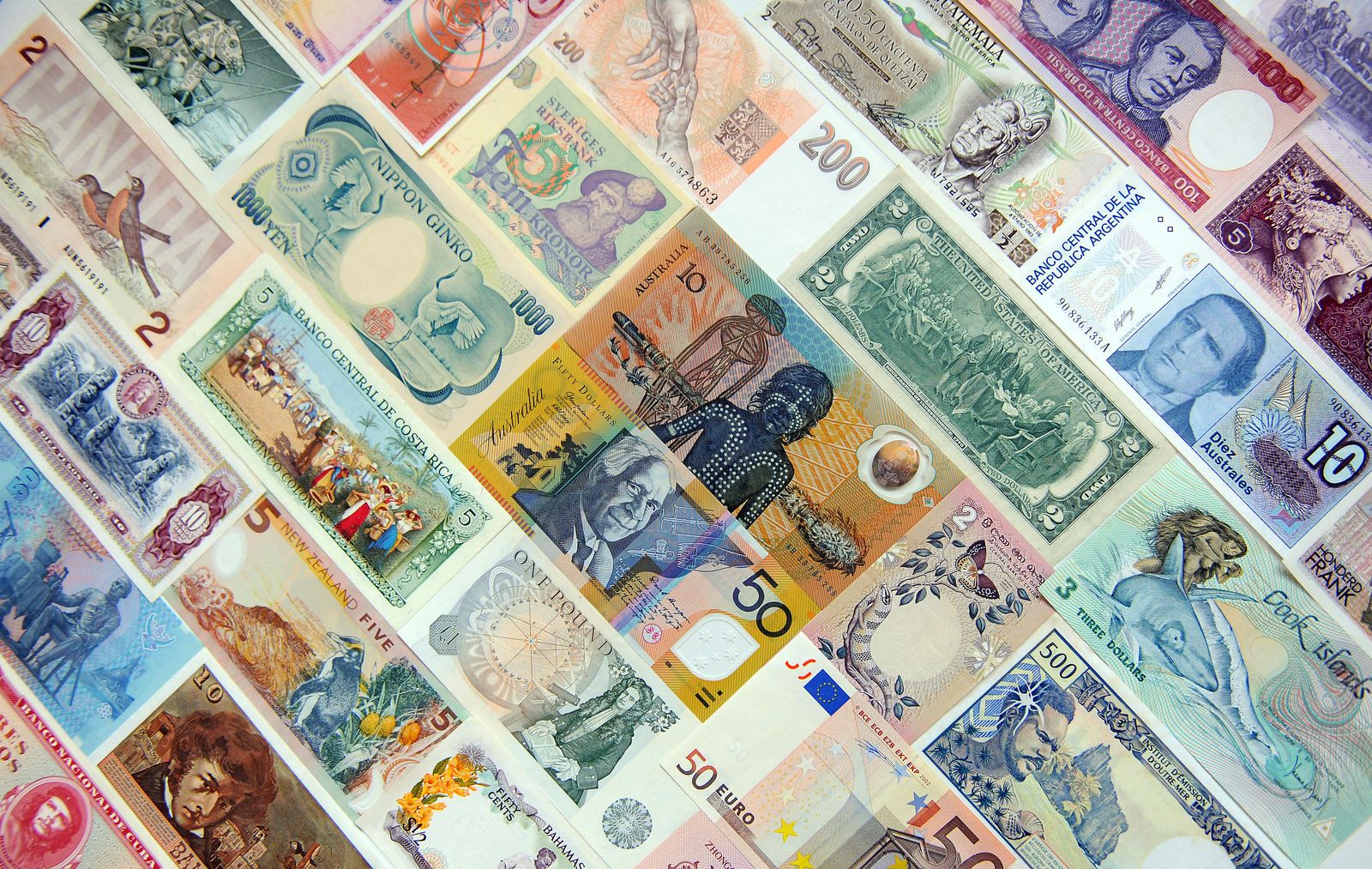 American intelligence services say the transfer of international banking information is vital to the war on terror.