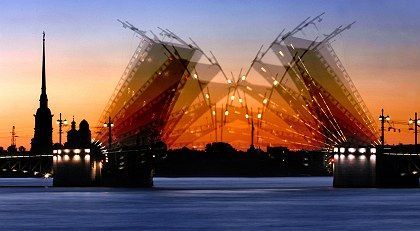 St. Petersburg: "A Gem of world culture and Russia's most European city."

SPIEGEL: St. Petersburg is often dubbed the "Window to the West." But these days the wind blowing from Russia to Europe is rather frosty. How can the tensions be eased?

SPIEGEL: But the conflict surrounding the planned US missile defense shield in Poland and the Czech Republic is no trifling matter.

Matviyenko: Of course the United States and Russia have different interests. Nevertheless, both are strategic partners. There will be a solution. We, incidentally, are focusing on dialogue. We no longer beat the lectern with the shoe like Nikita Khrushchev once did. President Putin has made good suggestions. What is important is that, in the end, not only the Americans are pleased, but also the Russian people.

SPIEGEL: A woman rules Germany. When will this be the case in Russia?

Matviyenko: Perhaps in 15 to 20 years. At least we, as women, will be real competitors then.

SPIEGEL: You are already seen as a possible successor to Putin. 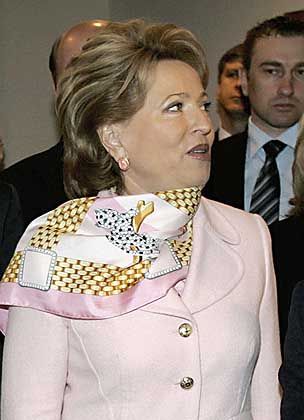 Matviyenko: I am not flattered by that, but it does not bother me either. This is not my ambition. I want to push forward in St. Petersburg with what I have started.

SPIEGEL: The decision to hold the 2014 Winter Olympics had hardly been decided when you began promoting St. Petersburg as a future host for the Summer Olympics.

Matviyenko: We have shown that we can successfully conduct major events such as the G-8 summit in St. Petersburg one year ago. We plan, in any case, to submit a bid for 2020. Our economy grew by about 13 percent in the first two quarters of 2007. Four international car companies are building factories in our city. St. Petersburg is a gem of world culture and Russia's most European city.