How do you eliminate a problem you can’t solve? The German government has chosen a pragmatic approach: It is denying that the problem even exists.

On the surface, the proceedings are about who has the last word when it comes to European law – the European Court of Justice (ECJ) or the Federal Constitutional Court. But behind the legal conflict lies a much bigger question: How deep should European integration go, and who gets to make that decision?

The EU initiated the proceedings following a ruling made by the German high court in May. The justices found that the European Central Bank (ECB) hadn’t sufficiently examined the proportionality of its PSPP bond-buying program.

Worse yet, the German court claimed that the European Court of Justice (ECJ), which took a different view, wasn’t doing a thorough enough job reviewing the ECB's activities. Moreover, it said the European court in Luxembourg had acted "ultra vires," meaning it had gone beyond its jurisdiction. The German court ruled that the ECJ’s ruling was "simply not comprehensible" and, as such, had been "objectively arbitrary."

The ruling was the ultimate escalation in a long-running dispute. For the first time, Germany’s Federal Constitutional Court had declared an ECJ decision to be non-binding. Some commentators at the time, not only viewed the primacy of EU law over national law as threatened, but also the very European Union itself. The Federal Constitutional Court "is a danger to the state," the Süddeutsche Zeitung raged in an editorial.

From Brussels’ point of view, that couldn’t have been expressed more aptly. The European Commission stated at the time that the court’s ruling "constitutes a serious precedent."

"The last word on EU law is always spoken in Luxembourg," European Commission President Ursula von der Leyen said right after the ruling. The Commission then initiated the infringement procedure against Germany.

It was a delicate step. What is the German government supposed to do? Put the Federal Constitutional Court in its place and put a question mark over its judicial independence?

In Berlin, a decision was made to resolve the dispute by declaring it moot. The letter sent to Brussels by the German government last week makes no mention of the fundamental conflict between the German and European understanding of the law. The ruling made by the Federal Constitutional Court is explained in detail, but much is left out. It gives the impression that the Karlsruhe court is in line with the ideas of Brussels and the ECJ.

The court recognizes the autonomy of EU law and considers itself bound by the "principle of compatibility with European law," the document reads. It goes on to state that the court also recognizes that the judgments of the ECJ must, in principle, be observed as a binding interpretation of EU law. But the letter ignores the fact that, from the perspective of the Constitutional Court in Karlsruhe, the primacy of European law is by no means unlimited.

Instead, the German government asserts that it will use all means at its disposal to "ensure full respect for the principles of autonomy, primary of application and effectiveness and uniform application of Union law."

But the letter is primarily intended as a peace offering to the Commission, which must now make a decision on how to proceed. The "serious precedent" hasn’t been eliminated by the declaration. And how could it be? The German government can’t influence decisions of the Federal Constitutional Court and it has no power to overrule them.

Politicians in Brussels knew that before they initiated the procedure. Above all, the move was made to send a message to other countries. The Commission is concerned that the decision by the Federal Constitutional Court will serve as a pretext for countries like Poland to ignore ECJ rulings and further dismantle the rule of law. Polish Prime Minister Mateusz Morawiecki called the Constitutional Court ruling "one of the most important decisions in the history of the European Union."

The approach taken by Brussels hasn’t been very convincing. The infringement proceedings against Germany "aren’t without irony," says Alexander Thiele, a professor and European law expert at the University of Göttingen. "The Commission is taking action against the Polish government to protect the independence of Poland's judiciary and is now pursuing proceedings against the German government with the aim of influencing the judiciary."

How Brussels will react is an open question. A spokesperson said that the Commission does not provide information about ongoing proceedings. But there are some indications that it could be dropped entirely.

The Commission could point out that Germany has conceded the primacy of EU law. It’s unlikely the Polish government would be willing to provide such an assurance. It would then be difficult for Warsaw to cite the Karlsruhe ruling to justify its judicial policy.

Ending the procedure would be a halfway face-saving path for the Commission to extract itself from a situation that it maneuvered itself into. After all, if Brussels finds the German explanation insufficient, it would have to formally demand that Germany respect EU law. If the situation doesn’t change – and how could it? – the Commission could refer the case to the European Court of Justice.

The Luxembourg court would then be forced to rule on a case in which it is a party. This would violate fundamental legal principles and would be disastrous for the rule of law, Berlin-based international law expert Christian Tomuschat recently wrote in an article on Verfassungsblog, a legal website. No one in Brussels is interested in having that happen.

Behind the legal conflict lies a much bigger question: How deep should European integration go, and who decides?

If the Commission does not wish to declare the case to be closed, it also has the option of postponing the procedure. "The Commission can take as much time as it wants,” Thiele says.

Regardless how the Commission decides, it will not get any closer to solving the real problem. This lies in the nature of the conflict itself. It cannot be solved by legal means.

The European Court of Justice argues that it alone can judge how EU treaties are interpreted and applied and insists that Union law must have primacy over national law so that the same law applies in all member states. The court argues this can only be ensured through that primacy.

Both stances make good sense, but they are also completely incompatible. What seems like legal hair splitting has a highly political background. The heart of the matter is the question of who gets to decide on the future of European integration.

The German Constitutional Court fears that more and more power is shifting from the member states to the EU without sufficient democratic legitimacy. Andreas Vosskuhle, the former president of the Constitutional Court, has expressed this in particularly drastic terms, complaining at a public appearance that the Commission wants to "coldly" create a "federal European state."

It may sound a little bit like a conspiracy theory, but there is some truth to Vosskühle’s accusation. The Commission is keen to regulate as many things as possible at the European level. The EU often extends "the transferred powers extremely far, so that that area of competence of the member states and thus also the field of application of the national constitution and national democracy is undermined," says former Constitutional Court justice Dieter Grimm. German justices accuse the European Court of Justice of giving this behavior pass rather than keeping the EU institutions in line.

Many constitutional and European law experts were sharply critical of the German court’s ruling on PSPP. And that criticism may be legally justified. But rulings by the Constitutional Court on EU policies are rarely motivated solely by legal considerations. The justices in Karlsruhe keep a close eye on the consequences their decisions will have. And politically, the PSPP ruling makes sense.

In June 2016, the court approved the ECB’s OMT program, which allowed the European Central Bank to buy unlimited amounts of government bonds during the euro crisis. ECB chief Mario Draghi had announced at the time that the bank would do "whatever it takes" to save the euro. These words alone and the ECB decision were enough to calm the financial markets and the program ultimately didn’t have to be implemented.

There is much to suggest that the court in Karlsruhe was already of the opinion at the time that Draghi had overstepped the ECB’s powers. But if the court had ruled against the bond-buying program, the consequences would have been immeasurable, and not just for the common currency zone. The entire EU would have been at risk. So they ruled the program to be legal despite "considerable concerns."

According to justices at the court, the EU is getting closer and closer to the point where such allowances will no longer be possible. If, for example, the rescue package for the bloc for the economic consequences of the pandemic, which entails the issuance of joint EU bonds, were to be made a permanent redistribution instrument without a change to the EU treaties. The ruling is a warning to politicians not to let things go that far.

It is no coincidence that the conflict between the Federal Constitutional Court and the EU over the euro is escalating. The design flaws of the European Monetary Union (EMU) have been apparent for years now. It was clear from the outset that it would be problematic to transfer monetary policy to the European level while leaving financial and economic policy with the member states. The weakness of the construct became clear during the euro crisis.

There are plenty of proposals on how to protect the euro in future crises. But a prerequisite for the implementation of those measures would be for the member states to amend the European treaties and transfer responsibility for important parts of their fiscal and economic policy to the EU. "What the German judges are telling European leaders … is that decisions for which they ought to take ownership should not be delegated to an unelected body," French economist Jean Pisani-Ferry wrote in an editorial in the Spanish daily El Pais in May. But governments lack the will and the courage to undertake real reforms.

As long as that remains the state of affairs, any proposals for solving the problem are futile. It is only a matter of time before the conflict will heat up again. 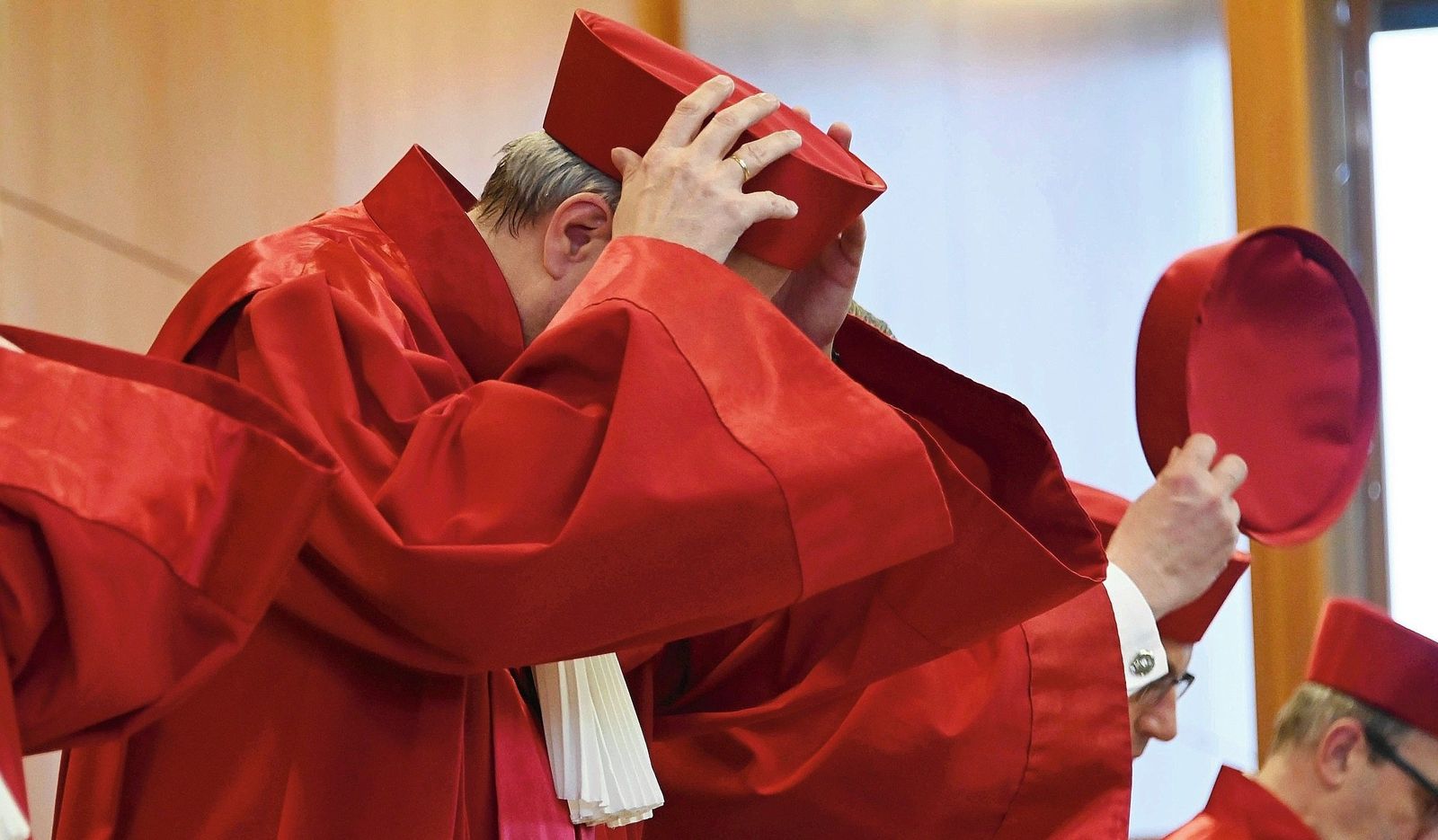 The ultimate escalation: Justices at the Federal Constitutional Court in Karlsruhe, Germany 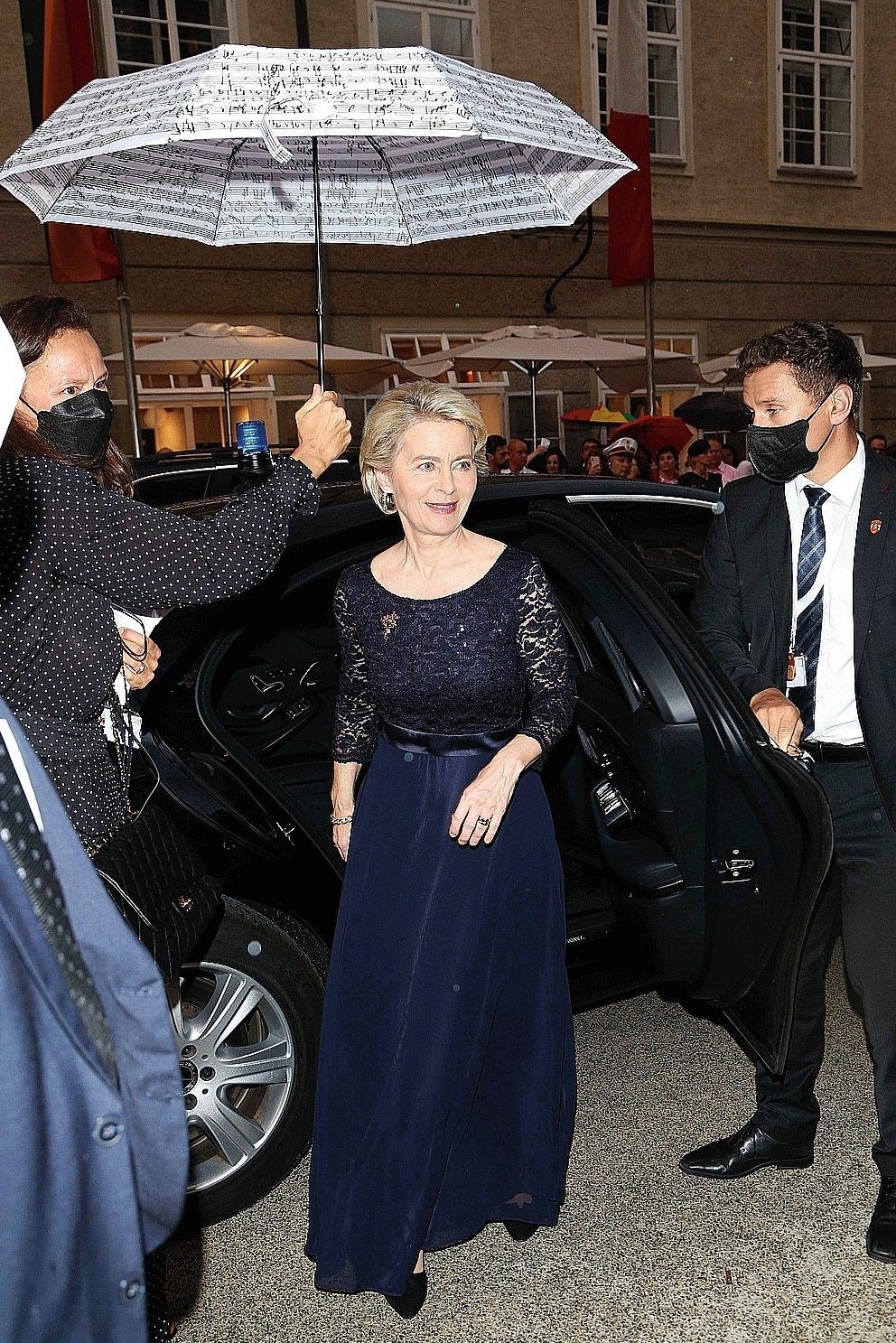