Fitting a giant condom on a public statue may appear to be a creative way of commemorating the creator of the latex sheath -- but not in Catholic Poland, it seems.

An action group pulled off the stunt in the central Polish town of Konin, but in doing so aroused the ire of local civic leaders. The enormous sheath, conceived by a group called Akcja Konin (Action Konin) and consisting of a plastic bag, was placed over a phallic fountain sculpture to commemorate the birth of Julius Fromm.

Fromm was born in the town -- then part of the Russian Empire -- in 1883. He moved with his family to Berlin as a child, and eventually came up with a revolutionary new way of producing a seamless, thinner condom. He patented the invention in 1916 and started producing them on a large scale after World War I.

They met with such success that his name became synonymous in Germany with latex condoms. But in 1938, the Nazis forced Fromm, who was Jewish, to sell his business for a pittance to Hermann Göring's godmother. He later fled to London, but died of a heart attack just four days after Germany's final surrender in 1945.

A fitting figure, many would think, for a public memorial. After all, the latex condom has helped save millions of lives by preventing the spread of sexually transmitted diseases. But it is also a form of birth control that is frowned upon by the Catholic Church, which is influential in Poland. Now public officials as well as local religious leaders in Konin have come out against the rubber salute.

Not an Advert for Birth Control

Akcja Konin pulled a transparent plastic bag over a man-sized column in the middle of an inactive public fountain. For a few hours the column -- nicknamed "the penis" by many in Konin -- sported a proud sheath bearing the name "Julius Fromm," and his date of birth.

According to the Polish newspaper Rzeczpospolita, Dariusz Wilczewski, the deputy mayor of Konin, claims the town has been turned into a laughing stock, while another local official, Marek Zawidzki, says: "One could choose a different way of promoting Fromm."

But renowned Polish sexologist Zbigniew Lew-Starowicz disagreed. He was quoted by Polish TV station TVN24 as saying: "The town of Konin should build a memorial to the creator of the latex condom. The town should be proud of him. There is nothing to be ashamed of."

The group has defended its actions. "Not many know that right here in Konin, the inventor of the latex condom was brought into the world," Akcja Konin member Waldemar Duczmal said, according to Rzeczpospolita.

"We discovered him a year ago and tried to bring him to the attention of the town," Duczmal says. "When that was not successful, we came up with the idea for this event." He was, however, keen to stress that it "was not an advertisement for birth control."

Akcja Konin, meanwhile, are already preparing a new initiative. "This time we will try to pay tribute to Mieczyslaw Bekker, the creator of NASA's lunar rover vehicle. He graduated from school in Konin," Duczmal says.

However, he declined to reveal the nature of the tribute.

Marta Solarz contributed to this report from Warsaw. 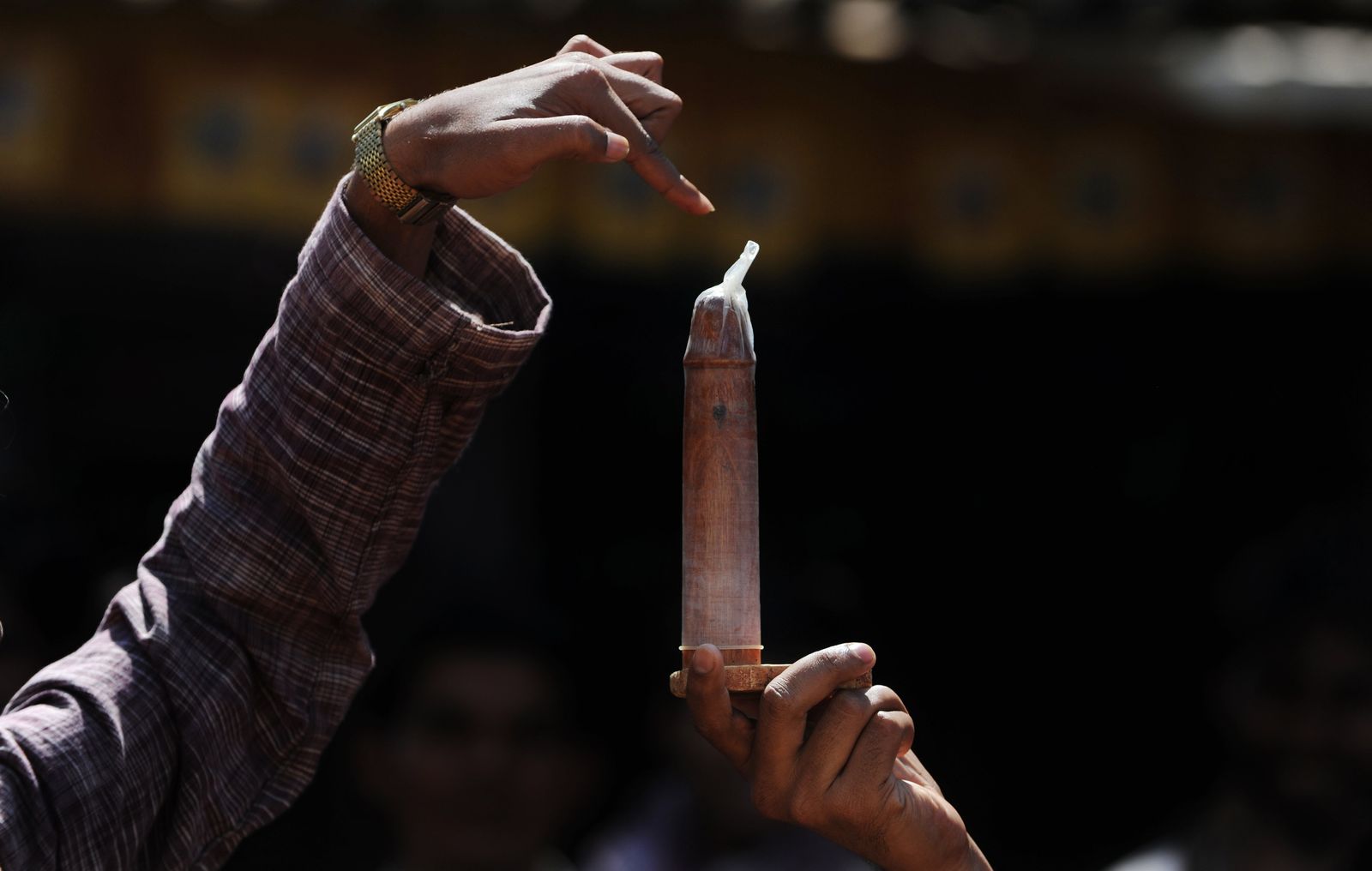 Latex condoms were created by Julius Fromm, who was born in Konin in present-day Poland.