Every day, these days, people in Italy are thinking the situation can’t get any worse. And yet, every day it does. On Wednesday evening, Prime Minister Giuseppe Conte said the country would move to protect agricultural supplies and central infrastructures and that supermarkets and pharmacies would remain open. But just about everything else would be temporarily shuttered: restaurants, cafés, hairdressers, bookstores and offices.

Why the drastic measures? It was only on Monday that the government had declared the entire country a "red zone," thus effectively placing all of Italy under quarantine. Why wasn't that enough?

In the past 48 hours, public life in Italy has slowed down considerably. Far fewer people have been out on the streets than usual, but the shops stayed open, the buses were running, you were allowed to leave your apartment to go to work, and anyone who wanted to could go grab a pizza without any problem. It may have been a mistake, but that’s what I did yesterday. I didn't realize that it would be my last chance to do so this month.

Initially, life in the red zone felt like a kind of quarantine-light. Too many people seem to have understood the new rules as a non-binding suggestion to reduce social contact a bit. There wasn’t much talk of disciplinary measures for violations of the quarantine, with the exception of the 48 people who were penalized for attending a funeral procession. Funerals have been banned in the country since the beginning of the week.

I myself haven’t been subjected to any controls, except for one, which had nothing at all to do with the coronavirus. At midday on Tuesday, two friendly gentlemen from Rome’s municipal authority rang my doorbell. I had recently moved apartments inside the city and they were here to inquire whether my registration with the city had gone OK and how I was doing in my new apartment. Then they said goodbye and apologized politely for the fact that they weren’t allowed to shake my hand. The Italian state is always full of surprises.

At the same time, the number of infections has continued to grow relentlessly. By last night 12,462 people had been infected in Italy, and the number of deaths had risen to 827. This led mayors and government leaders in the most-stricken regions in northern Italy to apply even greater pressure on the government in Rome to act.  Politicians in Lombardy warned that the regional health system wouldn't hold up for another 14 days. The opposition also called for drastic measures. Giorgia Meloni, leader of the nationalist conservative Fratelli d'Italia party, insisted that "everyone should stay home for 15 days.” Shortly before 10 p.m., Prime Minister Conte gave into the demands and pushed the pause button on Italian social life and the Italian economy. 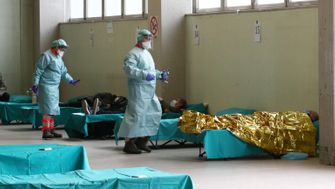 The first reactions later in the evening made it sound as if Italy was going to war. Italy’s health minister wished everyone "strength and courage,” the governors of the afflicted regions of northern Italy thanked the government and shared messages of perseverance. "The sacrifices being made today are necessary to be able to get things back on track,” said Attilio Fontana, governor of the Lombardy region.

Adjusting to the New Reality

Maybe I already had an ominous feeling, but in the early evening, a few hours before Conte's declaration, I went to the supermarket to replenish my supplies. This time, a 20-meter (65-foot) line had formed outside. Every few minutes, a customer was let into the store, one by one, after another person left. Inside, I had to put on rubber gloves before I could handle fruit and vegetables and place them in my basket. Perhaps I should rein in my imagination, but it felt like the only thing missing was the distribution of ration cards.

At times, it feels like I’ve somehow landed in an alternate reality. Who would have thought such restrictions on freedom possible just a short time ago? And what are the possible ramifications for democracy? On the other hand, perhaps the Italian government has simply realized the seriousness of the situation earlier and better than others.

I suspect I'm not alone in this confusion. 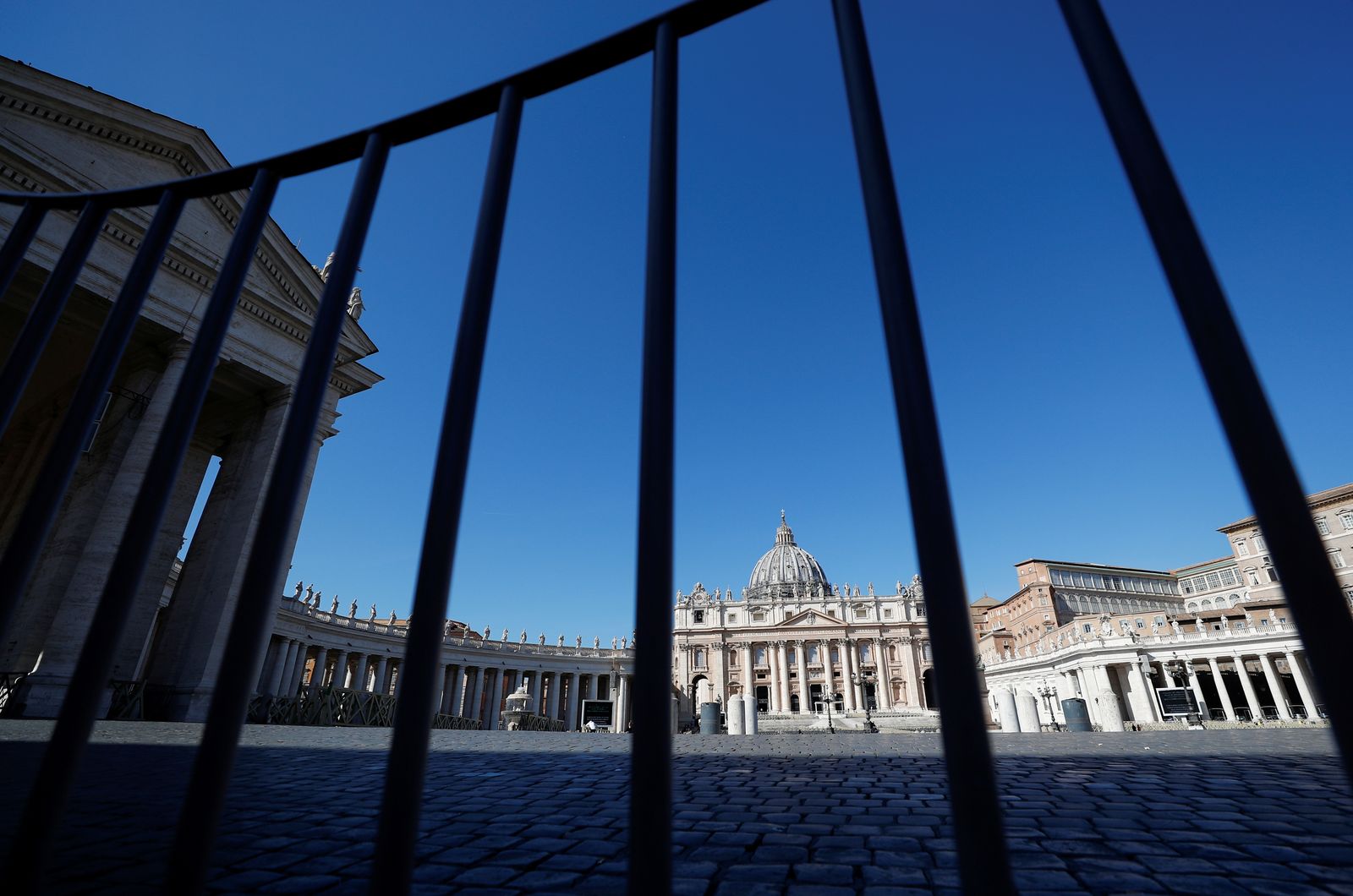 The barrier at an empty St. Peter's Square at the Vatican: Stronger restrictions have been imposed.