Europe's banks -- or at least most of them -- have passed a test that they more or less wrote themselves. A total of 91 banks were checked out. Of these, seven were singled out for being undercapitalized, including five Spanish savings banks, a Greek bank and Germany's Hypo Real Estate (HRE), the Munich-based bank that was bailed out by the German government in the financial crisis and remains on life-support.

Does this mean that the rest of the banks are in good shape and that the crisis is over? Will the European authorities in charge of setting economic and financial policies be able to head off future financial crises? Have they at least figured out whether all the hundreds of billions of euros in taxpayer money that they shelled out to stop speculators wrecking entire economies was soundly invested? Have the executives of financial institutions gotten any more cautious? Has the infamous "systemic risk" now become controllable?

No one can really answer any of these questions because the stress tests didn't measure such things. In fact, the test's hurdles were set so low that Wolfgang Gerke, a banking specialist at the state-government sponsored Bavarian Financial Center in Munich, quipped that it was more like "giving tranquillizer pills to the market."

It wasn't just the banks that were hoping for positive results from the test. The politicians did too -- and they got what they wanted. German Finance Minister Wolfgang Schäuble called the results "a positive signal" that showed "that Europe's banking sector is in a position to cope with even significant future strains." The European Commission in Brussels was also celebrating, saying the test results were proof of the stability of the European banking system. Even Greek Finance Minister George Papaconstantinou was delighted. As he sees it, the test showed that his country's banks would be able to handle "even the extreme conditions of the stress test."

A Cause for Confidence or Merely Self-Deception?

Others, however -- including financial policy experts in the European Parliament -- don't view things in quite such a rosy light. Udo Bullman, for example, an MEP for the center-left Social Democratic Party (SDP) who specializes in finance issues, said was "at best a starting point for a better analysis of activities within and between the banks." But Bullmann adds: "Whoever believes that everything is OK is making a big mistake." As he sees it, the test was just a big show, and what is really missing is legal measures to boost the equity capital underlying banking transactions, and the creation of a single European supervisory body for the financial sector. What's more, he believes that the most important thing is for politicians to make sure "that we can get away from the culture of bonuses and dividends and away from speculation and that we can replace that with a system geared towards more long-term thinking."

But not all of Bullmann's colleagues agree with him. Markus Ferber, a member of the European Parliament for Germany's center-right Christian Social Union (CSU), the Bavarian sister party of Chancellor Angela Merkel's Christian Democratic Party (CDU), believes that the test shows that Germany's banks were stable. At the same time, though, he also believes it would be mistake for banks now to "sit back and relax." As he sees it, if they really want to protect their business from future strains, they are going to have to considerably beef up their capital resources.

Sven Giegold, a financial expert representing the Green Party in the European Parliament, can only smile when asked about the "so-called stress test." He admits that the test has for the first time given the public a greater measure of transparency regarding the state of the secretive sector. Nevertheless, he believes that, for the most part, the exercise was much more stressful for officials in change of monitoring banks than it was for the bankers themselves. As Giegold sees it, the test completely ignored the banks' losses from the crisis, which he says are still hidden away in their books, and it failed to simulate the conceivable case of a national debt default.

When the Unthinkable Becomes Thinkable

As things currently stand, Greece, Ireland, Portugal and several other countries are so deeply indebted that it is difficult to even imagine how they could ever emerge from their debt spiral. The more public revenues they are forced to divert to paying off the interest on their loans, the less they have to pay for schools, streets, soldiers and social services - which in turn forces them to take on more debt. It is no longer unthinkable that an EU member state might go bankrupt.

Chancellor Angela Merkel has already been calling for an accord that sets out fixed rules for an "ordered state insolvency." But no one really knows what that means for the rest of the European Union and the euro. Such an occurrence was not part of the "stress test" simulation. Likewise, even without the crisis, Europe's banks will have to restructure €3.3 trillion in debt in the coming years. This is a massive and risky task - and one for which there are no better rules and no more effective controls than existed before the crisis.

During the critical days of the crisis when Europe was teetering on the precipice, heroic deeds were promised. But, now, powerful lobbyists are trying to block everything. A whole army of lawyers and PR professionals has thrown itself into the political fray on behalf of the gamblers and speculators. They besiege parliamentarians and officials in Berlin and Paris and the EU's headquarters in Brussels.

In fact, things have gotten so bad that 22 parliamentarians of various political stripes -- who are among the preferred targets of the financial lobby because they belong to the European Parliament's economic and monetary affairs committee -- recently asked for help. In June, they published a warning that "the asymmetry between the power of this lobbying activity and the lack of counter-expertise poses a danger to democracy." They called on NGOs, trade unions, academic researchers and think-tanks to get together to counter the financial lobbyists.

Just how necessary this is can been seen by looking at the backgrounds of the people appointed to the "Expert Group on Banking," which was recently formed to advise the European Commission's directorate general in charge of EU policy related to the financial services sector. When the group held its first meeting, on June 14, only four of its 40 members did not hail from the world of banking and financial markets. 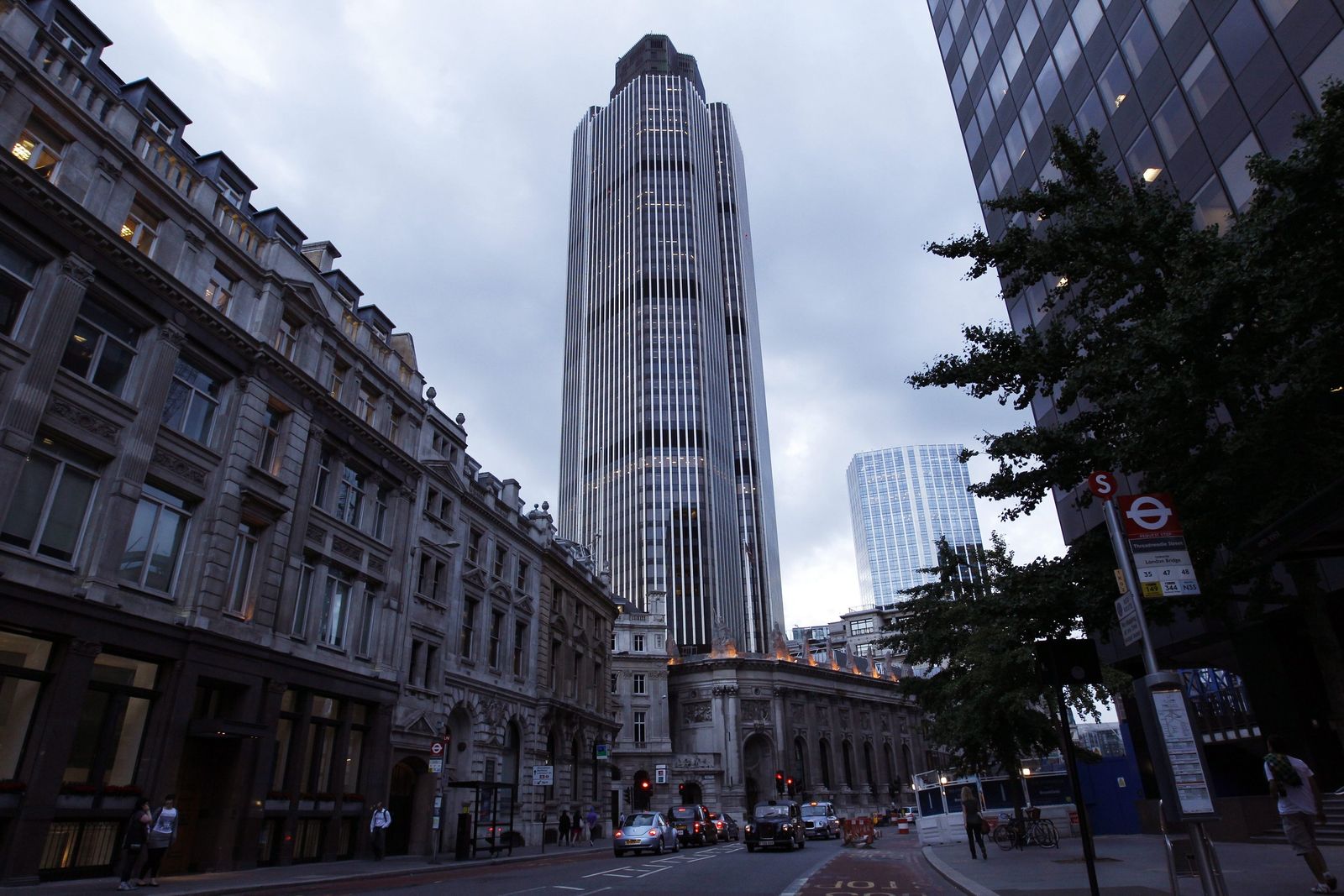 The London headquarters of the Committee of European Banking Supervisors, which carried out last week's stress test of Europe's major banks.